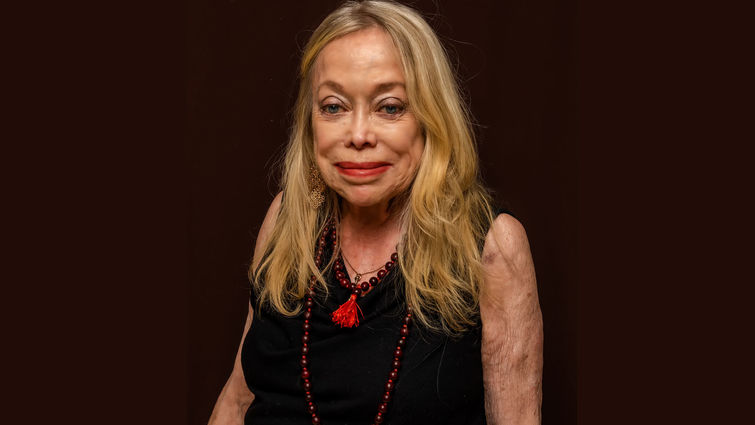 “I felt like I was 20 years younger,” Callan said after returning to her Fallbrook home. “I could breathe again and was able to move again. It was nothing short of a miracle.”

Three years prior, Callan spent her days coaching a self-defense workshop she had created in the 1990s. She was regularly physically active and was mindful of her body and how to care for it. However, she noticed her strength and endurance were diminishing.

“My timing and balance were off,” she said. “I was easily exhausted and losing stamina. I no longer felt safe on the mat.” After 30 years, the then 73-year old had to quit teaching martial arts and start looking for answers regarding her symptoms.

I got a lot of differing information from doctors, but no one could put it all together until I met Dr. Parekh

Callan was diagnosed with congestive heart failure but was not given a clear directive on how to treat it. She went looking for answers, which became a long, daunting process. With no clear diagnosis or treatment plan, Callan became sicker and sicker, and by February 2020 she was no longer physically capable of leaving her home.

“I got a lot of differing information from doctors,” she said, “but no one could put it all together until I met Dr. Parekh.

On July 15, Niraj Parekh, MD, director of structural heart interventions and the transcatheter valve program at LLUMC – Murrieta, encountered Callan in the hospital’s emergency department. He was able to quickly diagnose her with severe aortic valve stenosis.

“She was so sick she could barely walk,” Parekh said. “Her prognosis was grim, and we needed to expedite her care.”

Given Callan’s deteriorating condition, her body would not be able to withstand a traditional surgery. Parekh and his team determined a less invasive approach was the best route. The next day, Parekh and his team performed the TAVR procedure, which is a non-surgical approach to repair a valve in the heart for severely ill patients who are not candidates for traditional open-heart surgery. Despite a few challenges, the procedure was successful, and Callan was discharged home two days later.

“I didn’t think I was going to make it,” Callan recalls, “but the results were almost immediate.”

Now, with over two months of recovery time behind her, Callan has hit the ground running. She is back to coaching, but because of the coronavirus pandemic, contact sports are off the table for now. She spends her time helping people through their own challenges as a life coach.

Callan says she is grateful for everyone she encountered at LLUMC – Murrieta. “I felt safe and very taken care of. And the communication between everyone was on point.”

Parekh says TAVR can be a life-giving procedure to those who need it, like Callan. “Because of the whole person comprehensive model of care we provide,” he says, “our patients who have the TAVR procedure generally experience less blood loss, a shorter hospital stay and get back to doing what they love.”