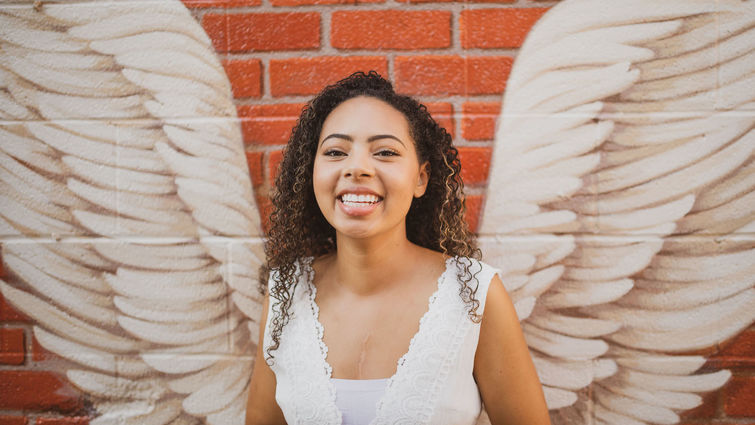 Todd and Irene Anderson are grateful to be able to see their 17-year-old daughter, Lexi, smile each day, to hear her laugh, and to stand back in amazement as she pursues new dreams and finds joy in new activities. But in February 2017, they weren’t sure Lexi would even make it to the next day.

The need for a heart

All her life, Lexi was an active, seemingly healthy child. Dancing was her passion, and she took hours of classes every week. A few years ago, she started to experience symptoms of dizziness and feeling faint. She would cope by holding on to someone or something until she regained her breath and balance. Never one to fuss or complain, Lexi just carried on.

It wasn’t until the spring of 2016, during Lexi’s first annual physical with a new pediatrician, that her fainting spells were mentioned, which caught the doctor’s attention. She ordered an EKG and the results led to further testing and a referral to Matthew Bock, MD, a pediatric heart failure and transplant cardiologist at Loma Linda University Children’s Hospital.

Lexi was ultimately diagnosed with a rare form of restrictive cardiomyopathy — the walls of her heart were stiff and did not allow it to pump properly. Bock informed the Andersons that Lexi would need a new heart, and until then her condition would be managed with medication and a modified lifestyle, making dance no longer an option for Lexi.

Lexi was placed on the heart transplant list in October 2016.

“She was doing fairly well at home but her heart failure symptoms persisted,” Bock said.

On February 3, 2017, Lexi’s mom was unable to wake her for school. “She was in an awkward position. Her skin looked ashen and her lips were blue. There was no movement,” Irene said.

Awaiting first responders, Todd performed CPR on his then 15-year-old daughter for 10 minutes. It took paramedics an additional 17 minutes to find a faint pulse. Lexi was rushed to a local hospital where she was stabilized and then transported to Children’s Hospital.

Bock confirmed Lexi had gone into cardiac arrest that morning. Her life now depended on a new heart.

“We prayed,” Todd said. “Our family hung on to our faith and every bit of encouragement over the next 30 days as Lexi went into ventricular fibrillation, a lethal arrhythmia, repeatedly.”

Lexi was hooked up to multiple devices to keep her heart going until a new one could be found.

Lexi is alive today because the Lord put the right people in the right place at the right time.Matthew Bock, MD

Bock said Lexi’s care team had to discuss the risks of her treatment on a daily basis.

“We needed to determine if her other organs could withstand the treatments her heart needed to get better,” Bock said. However, after weeks in the cardiac intensive care unit she was slowly deteriorating.

Irene said Lexi’s doctors were compassionate and supportive. “But most importantly, they were honest.”

Six days after being admitted, Lexi went into cardiac arrest again, and an emergency procedure was required. The Andersons were told that their daughter only had a 10 percent chance of survival. “It was difficult to hear, but we focused on that 10 percent,” Todd said. “Miraculously, all the proper staff was present, and Lexi survived this harrowing procedure.”

Irene said she found solace in reading the Bible. “Scripture was my oxygen.”

A heart for Lexi

On March 5, Bock was able to give the Andersons the news they had been praying for — they had a heart for Lexi.

“It’s hard to explain the mixture of feelings in that moment,” Todd said. “Someone experienced an incredible loss, and for that we grieved. Yet, this heart would give Lexi a chance to live. It was the miracle we prayed for.”

After 32 days at Children’s Hospital in a medically induced coma, Lexi was transplanted with a new heart on March 6, 2017.

Lexi spent 35 days in post-transplant rehabilitation at Loma Linda University Medical Center East Campus. After so many days in the hospital, in and out of consciousness, and intubated, Lexi had to relearn how to walk, stand, eat and talk. Over time she regained her strength with therapy.

A brain MRI conducted a few weeks after transplant showed no bleeds, strokes or negative effects of the transplant. Aside from some short-term memory loss and temporary loss of fine motor skills, Lexi’s brain function was preserved.

“Lexi is a miraculous child,” Bock said. “She is alive today because the Lord put the right people in the right place at the right time to give the right therapies to make this all work. Without that she wouldn’t be here with us today.”

Going forward, Lexi will have a new normal. She takes anti-rejection medications daily and is monitored closely by a team of specialists at Children’s Hospital. But, she now has hope for a future.

“She’s getting better every time we see her,” Bock said.

Lexi doesn’t remember much of her time at Children’s Hospital prior to the transplant, but she recalls waking up, confused, with her dad by her side. “I asked him if I was going to need a transplant and he said I already had one. I started crying,” she said.

“Waking up with a new heart was very surprising. I’m grateful to the donor family for allowing their child to give me such a wonderful gift — the greatest gift ever.”