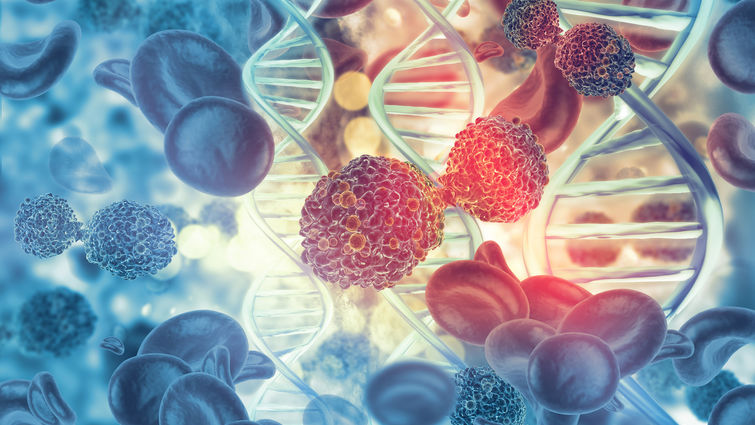 84-year-old Dixie Roushey underwent months of radiation and chemotherapy to battle a non-small cell lung cancer in her body. Still, the cancer spread from her lungs to her liver and abdominal lymph nodes, growing into stage IV.

Roushey eventually sought care from the Loma Linda University Cancer Center, where the care team, including medical oncologist Hamid Mirshahidi, MD, identified a mutation in her cancer tumor. The mutation qualified Roushey for a targeted therapy drug that has resulted in evidence of no active disease in her body.

This team doesn't just stand and talk. They do.Dixie Roushey

“I have never seen a medical team as positive and attentive as Dr. Mirshahidi’s,” says Roushey, who interacted with various other care teams and specialists before arriving at the Cancer Center. "This team doesn't just stand and talk. They do."

In the past year, Roushey says she has been active and fully functional while undergoing the targeted therapy. She can upkeep her household, run errands, and care for her three dogs — a flat-coated retriever named Remmington and two Dachshund dogs, Mitsie and Cindy.

Otherwise, she keeps busy spending time with her five children, 19 grandchildren, and 10 great-grandchildren. She says she entertains them with games, eating together, listening to music, relaying family traditions, and speaking about her upbringing.

The energy and motivation needed to uphold Roushey’s rhythm of life are made possible by the targeted therapy and Mirshahidi’s emphasis on ensuring good quality of life, she says.

“When you are so critically ill, you may look okay on the outside, but some days you’re not okay,” Roushey says. “Dr. Mirshahidi took care of those days and made sure they were fewer and fewer.”

Mirshahidi says Roushey was able to qualify for a targeted therapy because a genetic test revealed her tumor possessed a ROS1 mutation — a DNA mutation in lung cells that happens when two genes fuse, prompting lung cells to make too many copies of themselves that are cancerous and prone to spread throughout the body.

With her career history as a nurse, cardio-pulmonary clinician, and vice president of a home pharmaceutical company, Roushey says she is impressed by advances in cancer treatment options she had witnessed develop in recent decades, such as the targeted therapy from which she now benefits.

When I spoke, the care teams stopped what they were doing and listened.Dixie Roushey

Beyond receiving the advanced treatment, Roushey says she believes other aspects of the care she experienced at the Cancer Center — such as trust, compassion, and faith — each played a crucial role in her healing.

“When I spoke, the care teams stopped what they were doing and listened,” Roushey says. “They prayed with me. They treated me like I really was important to them. And when you get that kind of treatment, your whole attitude toward your disease process changes. It got me into the mindset that ‘I am a warrior, and I know I can beat this cancer because I have this team fighting for me.’ And I did. I beat it.”