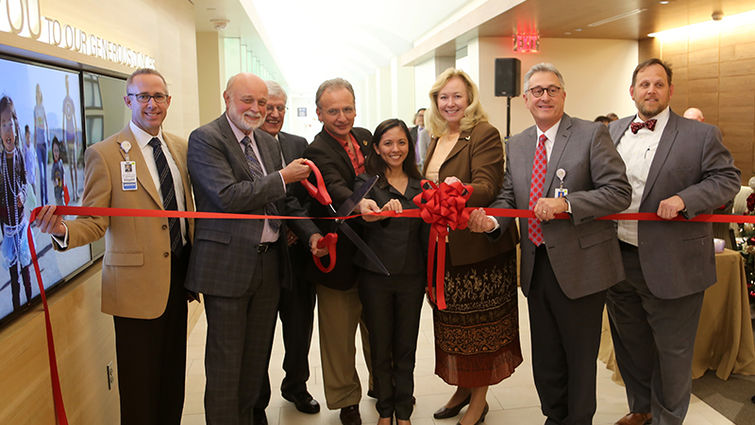 It's not every day that a Grand Hallway gets to make a grand entrance, but that's what happened on Tuesday, December 6, at Loma Linda University Health.

People often make grand entrances in hallways, but hallways rarely get to be the main attraction.

That’s what happened, however, on Tuesday, December 6, when a group of friends, officials, and staff members of Loma Linda University Health gathered to help the cut the ribbon to open the Grand Hallway, symbolizing a great step forward in our mission.

The hallway, located on the south side, first floor between Loma Linda University Medical Center (LLUMC) and Loma Linda University Children’s Hospital (LLUCH), serves as the entry point into the facility from Parking Lot 3, the recently opened structure at the corner of Barton Road and Campus Street. At various points along the route, positive quotations accentuate the healing décor, reminding visitors of the vital role spirituality plays in health and wholeness.

During the brief ceremony, Richard H. Hart, MD, DrPH, president of Loma Linda University Health, told the crowd that the hallway is significant because it is the first of many construction projects to be completed as part of Vision 2020, the campus transformation campaign that will culminate in the completion of two new towers—one each for the Medical Center and Children’s Hospital. When the towers open in 2020, the Grand Hallway will lead directly into the joint lobby of the two facilities. Hart thanked donors for supporting the campus transformation.

At the conclusion of the event, Randy Possinger, assistant vice president for philanthropy, invited attendees to join one of two groups for a visual inspection of the construction site. One group took the elevator to the second floor to observe the site from an observation deck while the other followed Possinger and Hart into the construction yard to get much closer to the enormous excavated pit that will anchor the foundation and basement of the new facilities.

SCROLL DOWN TO SEE A PHOTO GALLERY OF THE EVENT 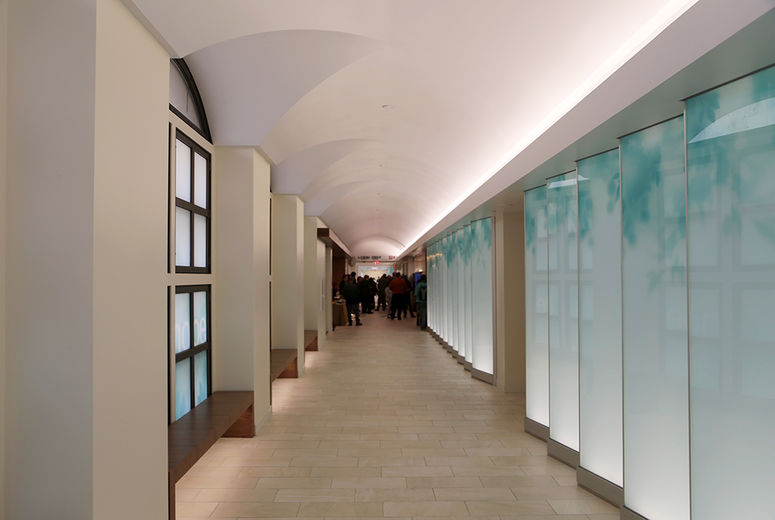 When is a hall more than a hall? When it's a Grand Hallway! 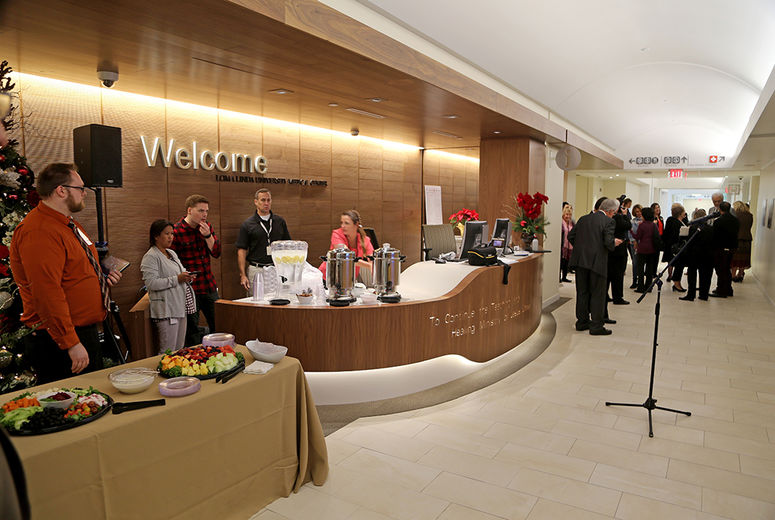 Staff members offered refreshments to guests at the event. 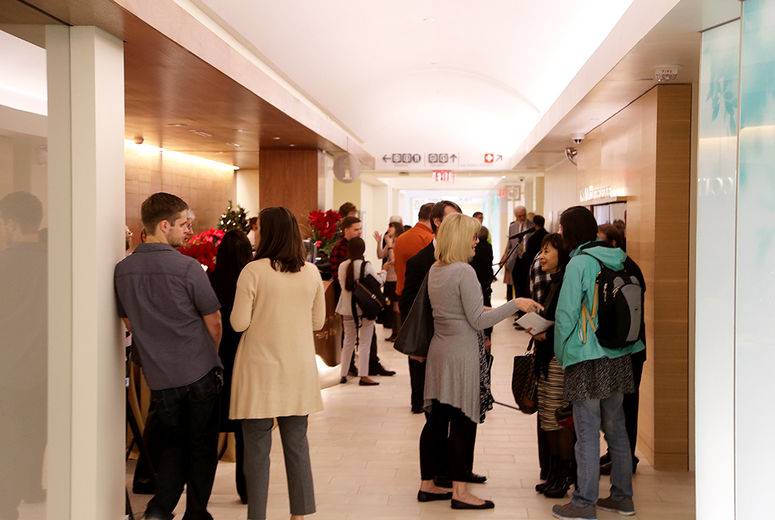 Guests congregated in the Grand Hallway before the event began. 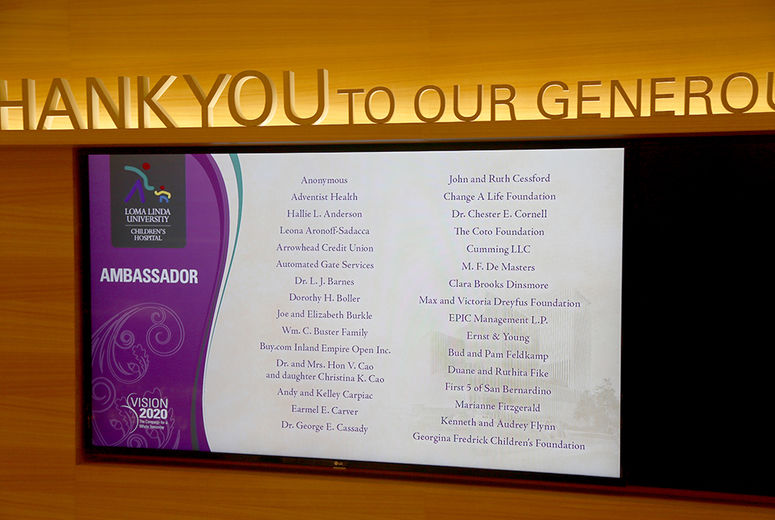 An electronic message board displays rotating messages in the Grand Hallway. 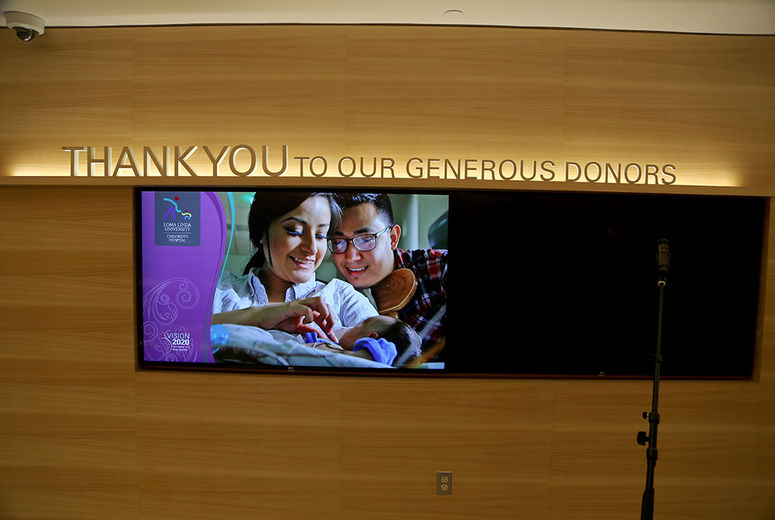 Graphics on the electronic message board depict whole person care. 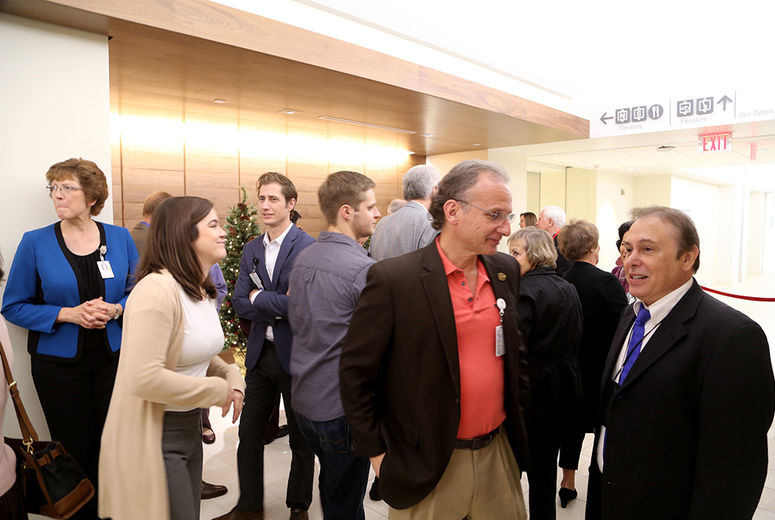 The Grand Hallway is wide enough for several visitors to occupy at once. 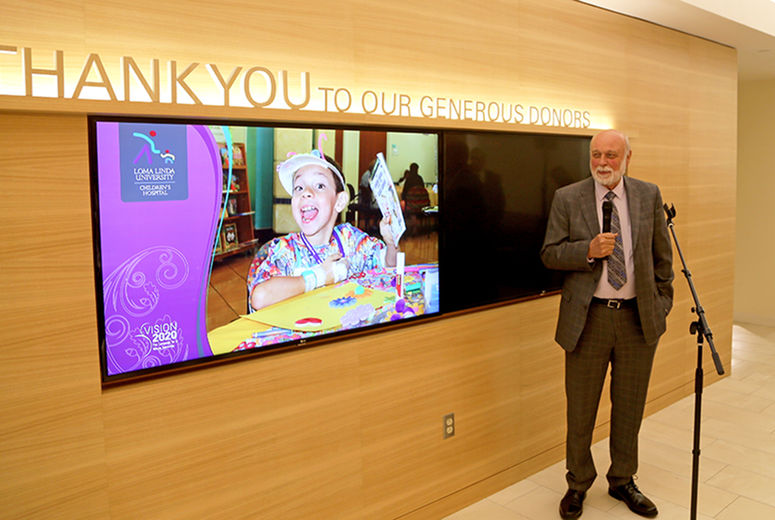 Dr. Hart took the microphone as the event got underway. 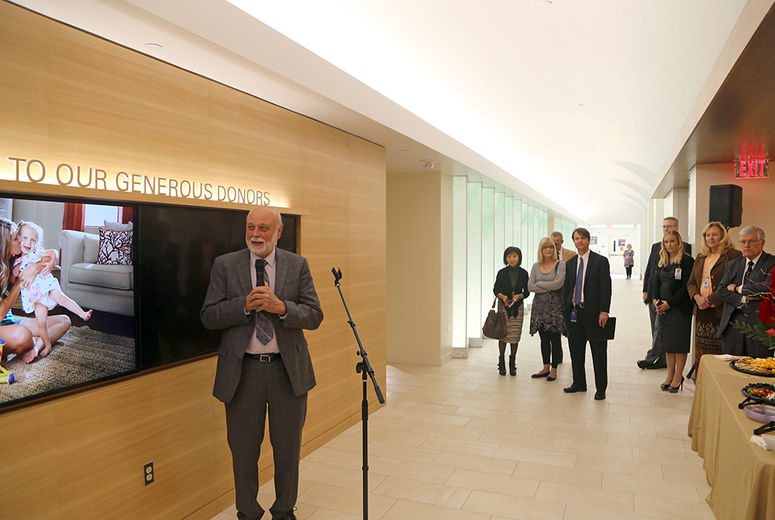 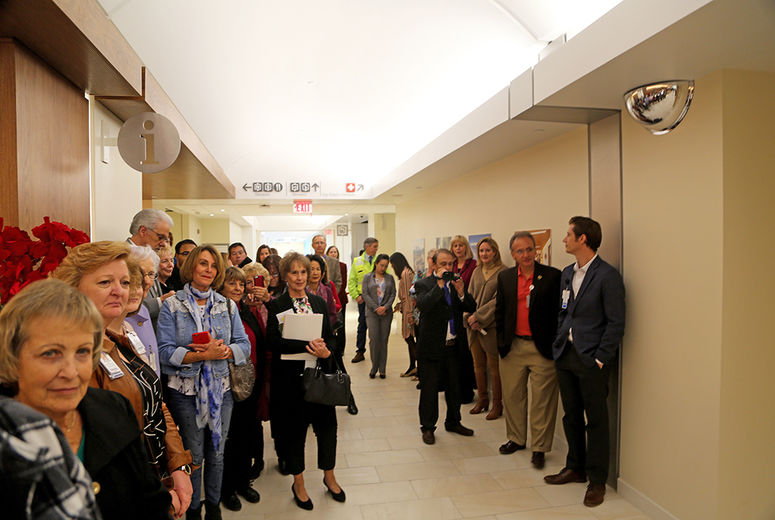 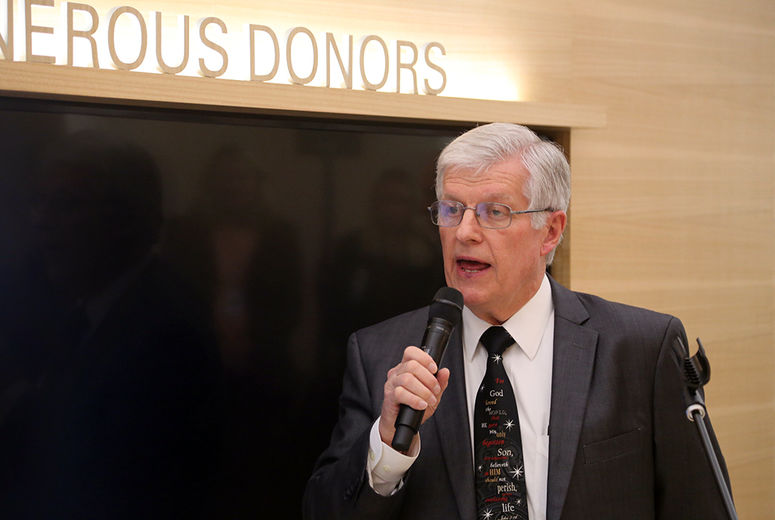 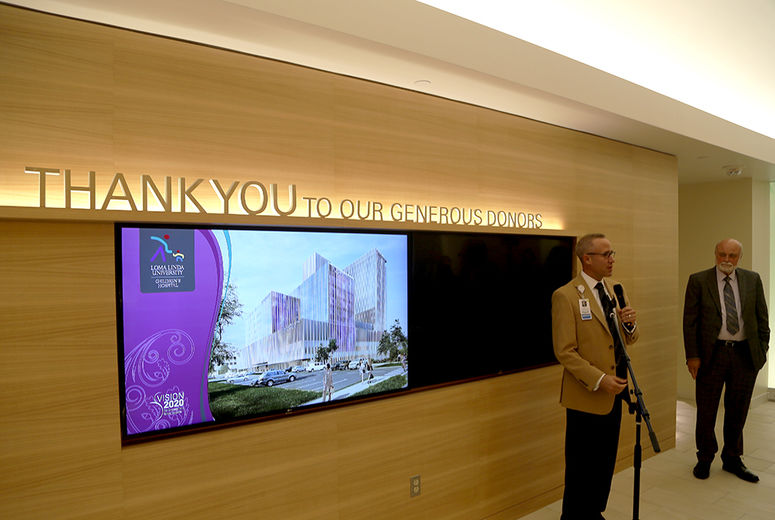 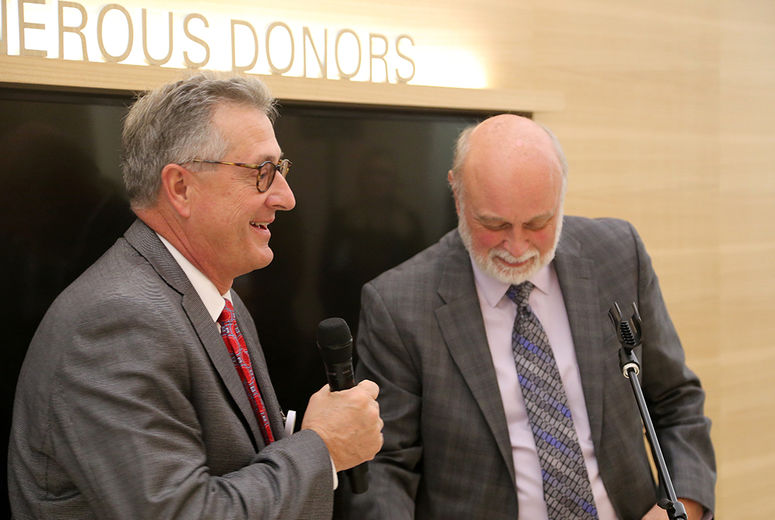 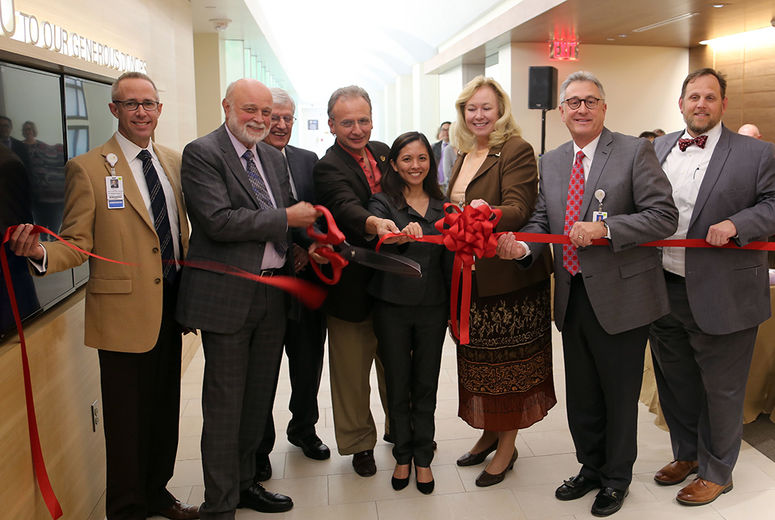 And just like that, the ribbon fell to the floor. 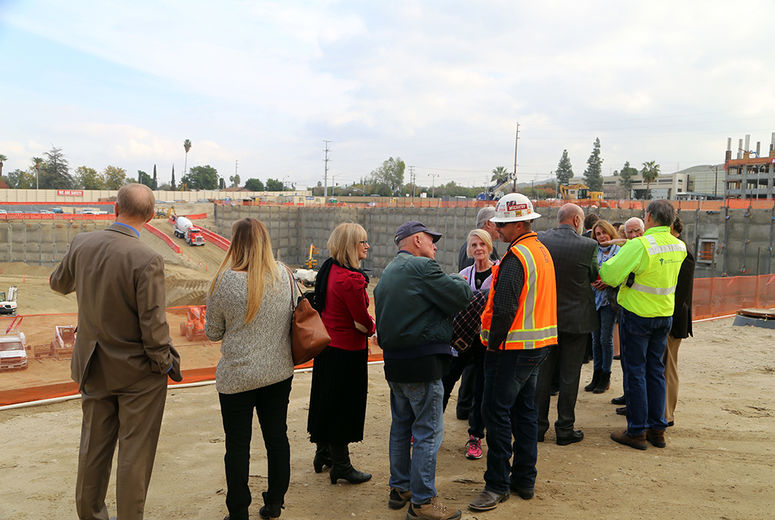 Some attendees went to the edge with Dr. Hart. 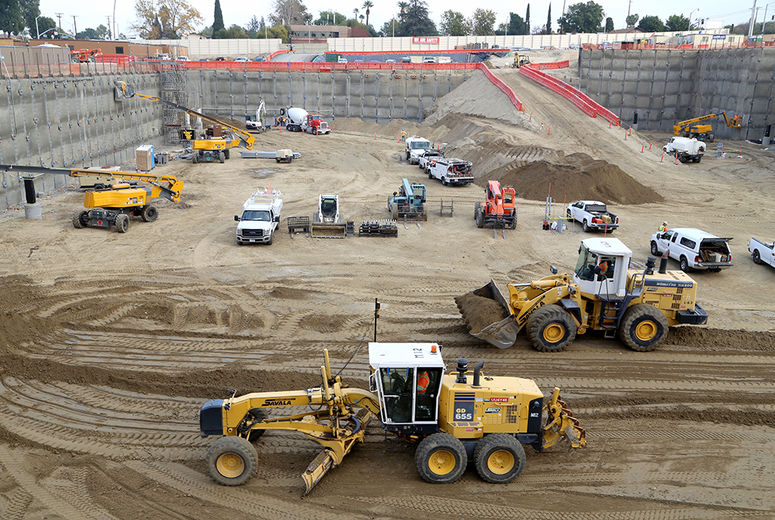 This is what they saw when they looked down. 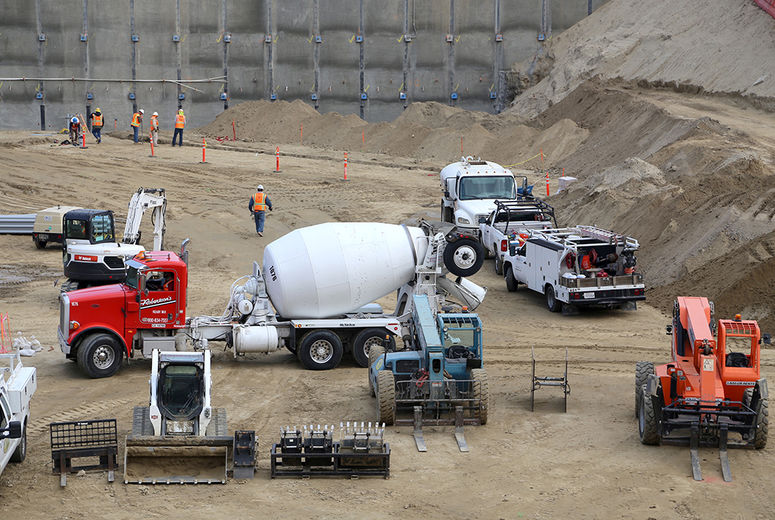 The excavated pit is a work in progress. 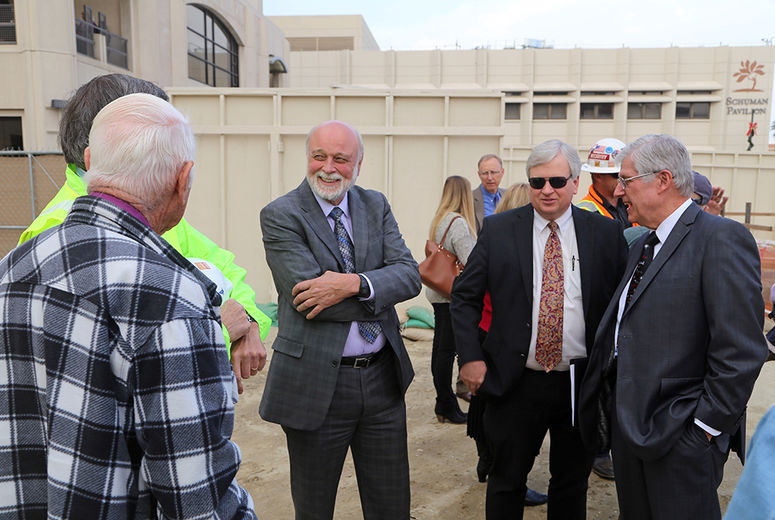 The group got to hear construction updates first-hand. 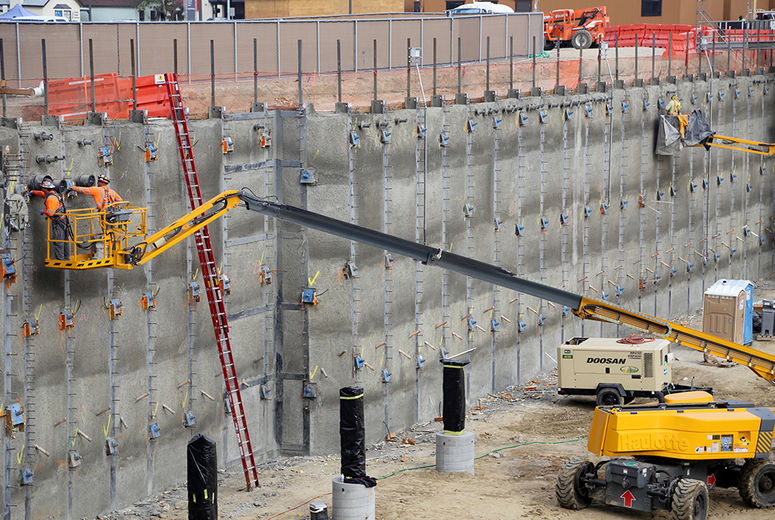 Workmen ignored the visitors and kept on working. 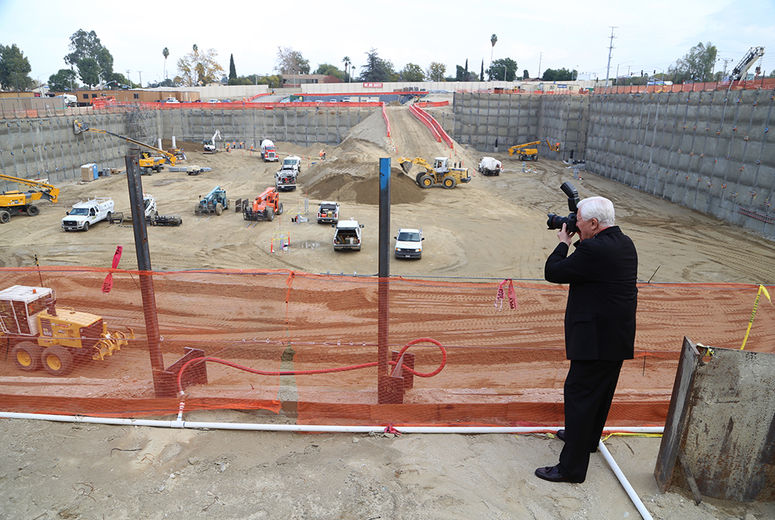 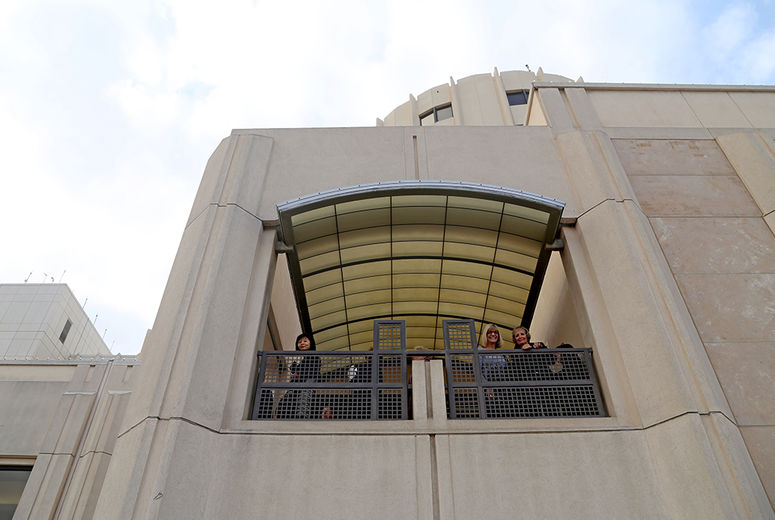 The second group observed the scene from an observation deck.