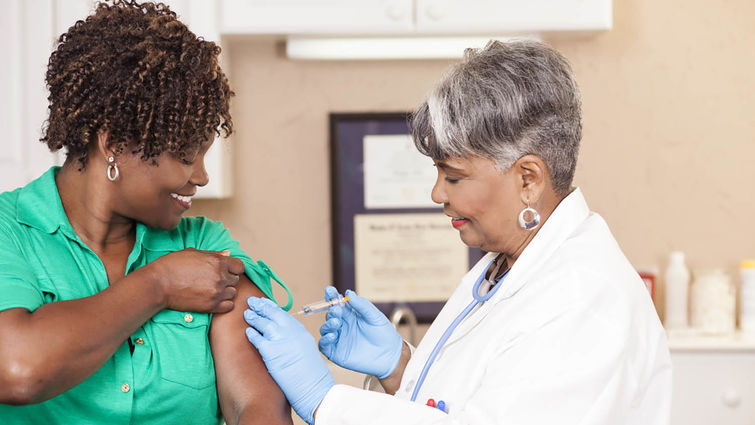 Adults and children over six months are encouraged to get a flu vaccination every year.

There’s still time to get the flu vaccination. With this year’s increased risk of the flu, the Centers for Disease Control and Prevention (CDC) highly encourages individuals over the age of six months to get a flu shot.

“The flu vaccine is the best and number one way to prevent the flu,” says Adrian Cotton, MD, chief of medical operations at Loma Linda University Health.

Children and seniors are at higher risk of developing flu symptoms, which can include a fever, cough, muscle aches, and fatigue.

According to the CDC, individuals should typically get the flu vaccination as soon as it becomes available; however, getting it later can still be beneficial. “The vaccine can still prevent the flu virus now and in the future,” Cotton says. “If a patient were to get the vaccine now, it can help them both this year, and in the long run.”

Flu viruses vary from year to year. It’s not always easy to predict which strain of the flu virus you will be exposed to, Cotton says. The length and severity can also vary depending on the season. A flu season typically begins in October and ends at the end of March.

The current flu season has emerged as one of the worst in the past 10 to 15 years, with the H3N2 strain dominating most flu cases. Cotton says 70 to 90 percent of the flu across the country has been the H3N2 strain, although those percentages are changing as the flu season progresses. Though the current vaccination is designed to help protect against the H1 strain, Cotton encourages people to still get the shot. He says the H1 strain is quickly gaining ground and it’s best to avoid that particular strain with the vaccination.

“Even though the flu vaccination was created to fight off one particular strain, those who get the shot are more likely to have protection against a future flu strain as opposed to those who do not,” Cotton says.

The flu vaccination can take approximately two weeks for antibodies to develop in the body. The CDC reports a peak in the flu season is expected in another two weeks, Cotton says, and he encourages both children and adults to get their vaccination now rather than not at all.

Learn more about flu prevention and for tips on when a person experiencing flu symptoms should go to the emergency room.