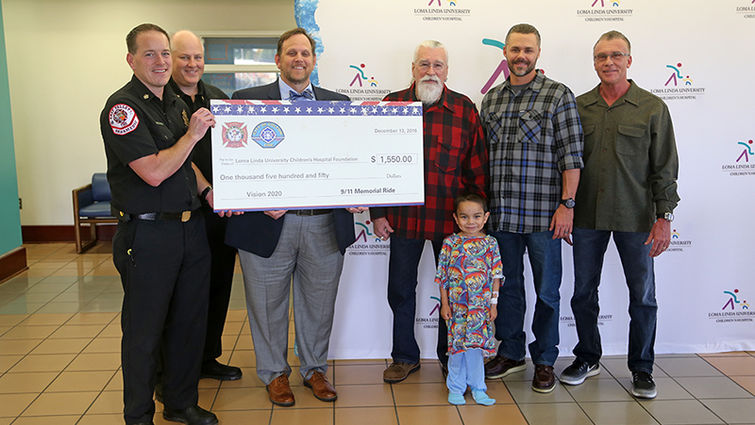 Monies raised by the Loma Linda and Colton fire departments and Quaid Harley-Davidson will benefit patients of Loma Linda University Children's Hospital like the boy in the foreground.

Members of the Loma Linda and Colton fire departments teamed up with the owners of Quaid Harley-Davidson on Wednesday, December 14, to present officials of Loma Linda University Children's Hospital a check in the amount of $1,550. The monies were raised during a special 9/11 Memorial Ceremony and Ride, which was held September 7.

At the check presentation, Scott Perryman, MBA, senior vice president and administrator at Children's Hospital, thanked the firefighters and bikers and noted that he had been able to attend the event.  "Thank you all for being here and for your support," he said.

Tim McHargue, fire chief of the East Valley Fire Department, discussed the tradition of firefighters being involved with the community and expressed his appreciation for the healing that takes place at Children's Hospital every day. "I personally want to thank you for the pride I see you taking in our community," McHargue offered.

Jeff Bender, fire chief for the Loma Linda Fire department, thanked the Loma Linda Firefighter's Association for their ongoing effort in support of causes and projects within the community, especially those involving Loma Linda University Health and Children's Hospital. "I appreciate it when I see the pride they take in our organizations and our city," Bender said.

Speaking on behalf of Glenn Quaid and the entire Quaid family, Brandon Quaid observed that as a collective group, bikers comprise the largest charity donors in the country. "We were blown away by having 400 bikers show up at our store on 9/11," Quaid observed. "We’re just really pleased and we look forward to the future. Thank you, guys. We really appreciate it!”

At the end of the presentation, Tiffany Hoekstra, senior development officer for corporate champions at Loma Linda University Children's Hospital Foundation, noted that proceeds from the 9/11 Memorial Ceremony and Ride were shared equally between the hospital and Warrior Bulit Foundation, an organization that exists to help and encourage wounded veterans. Hoekstra called on a willing volunteer, a patient of Loma Linda University Children's Hospital, to help her give a small gift of appreciation--a plaque showing a firetruck, an American flag, and a motorcycle drawn by Children's Hospital patients--to representatives of the participating fire departments and Quaid Harley-Davidson.

Afterward, Scott Perryman commented on the generosity of spirit that motivated the donation. “Our Loma Linda and Colton Fire Departments are a huge part of the emergency preparedness and response effort that our communities depend on," Perryman stated. "It does not end there however. They serve in many other ways throughout the year, including this 9/11 Memorial Ride. We are also so grateful for the Quaid family and for all the support they have shown our Children’s Hospital. We could not wish for better friends of the Children’s Hospital than Loma Linda Fire Department, Colton Fire Department and Quaid Harley-Davidson.” 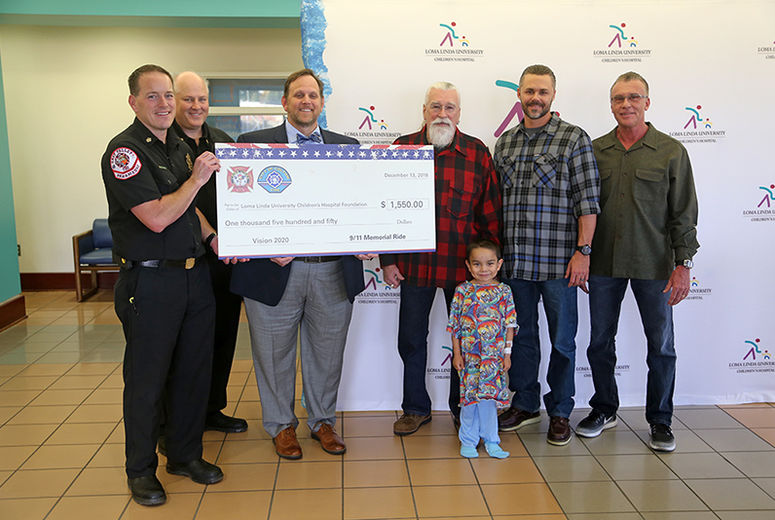 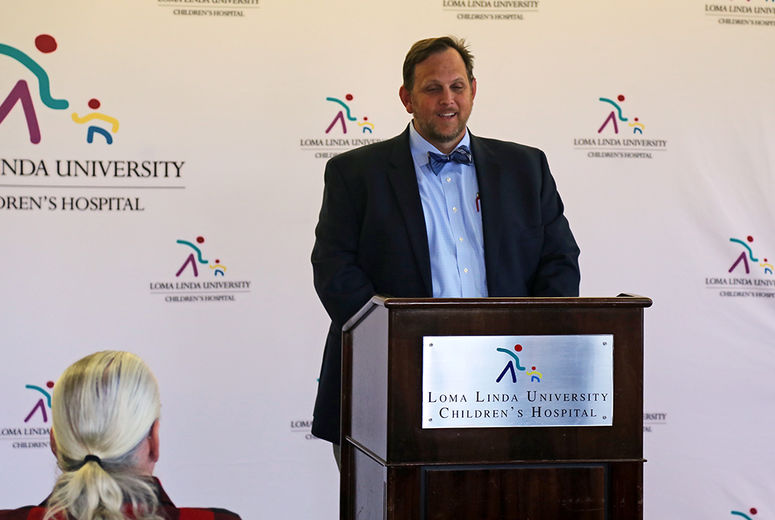 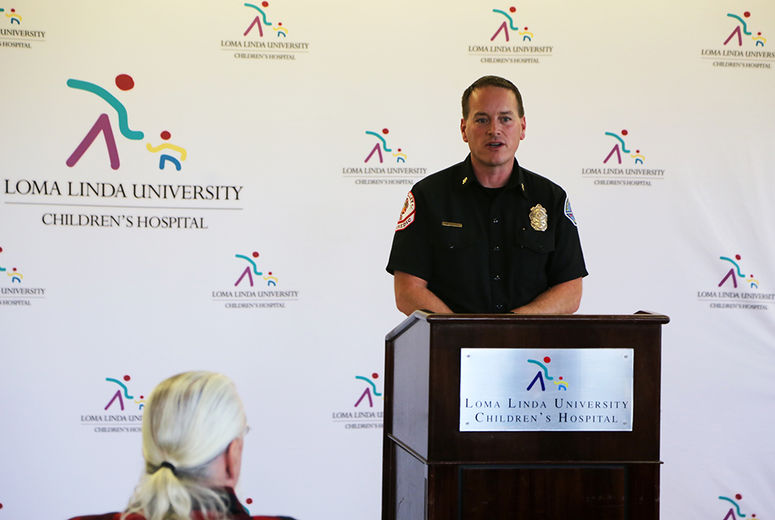 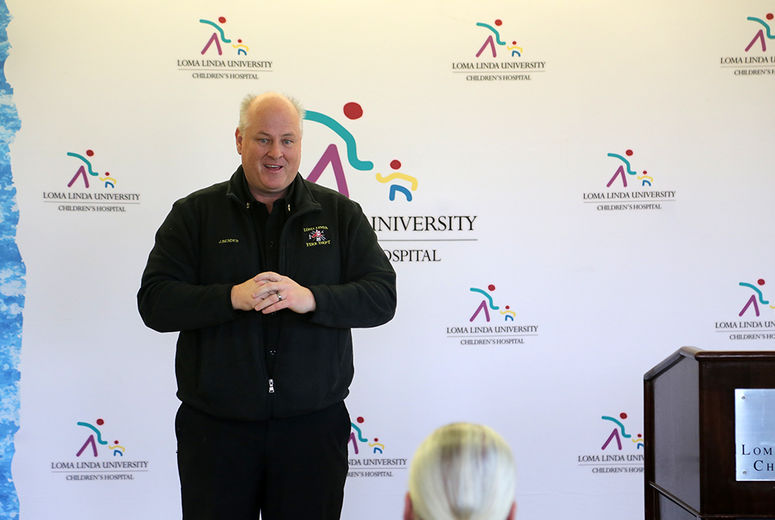 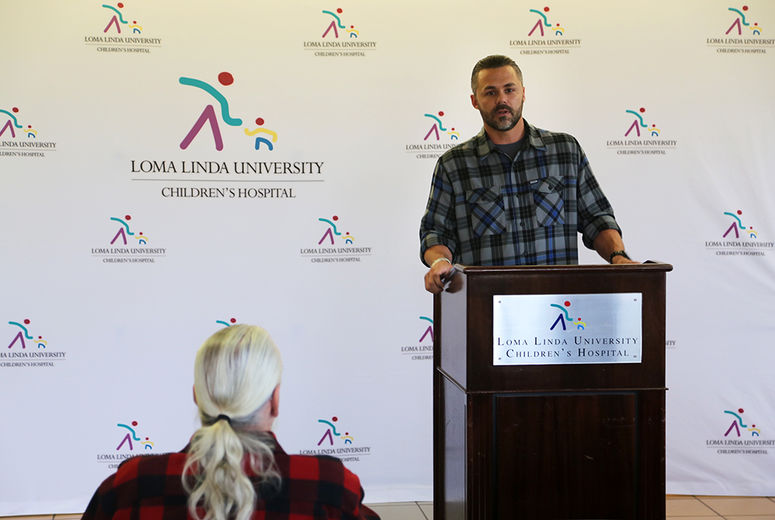 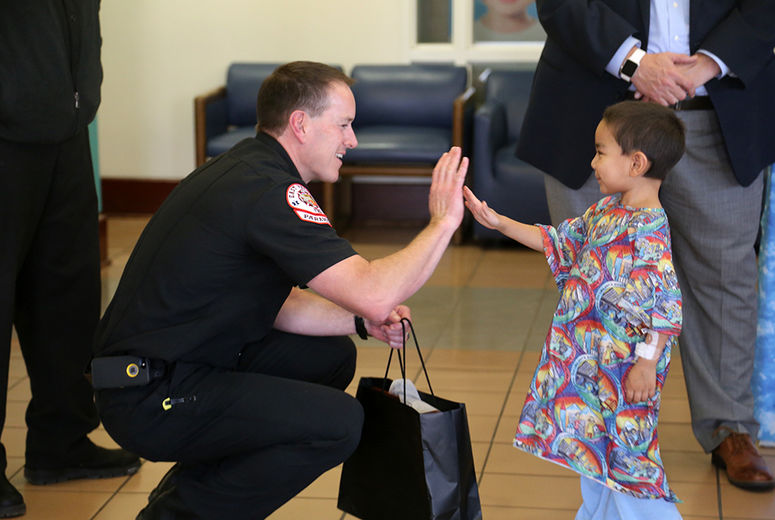 Tim McHargue gets an enthusiastic high five from a Children's Hospital patient. 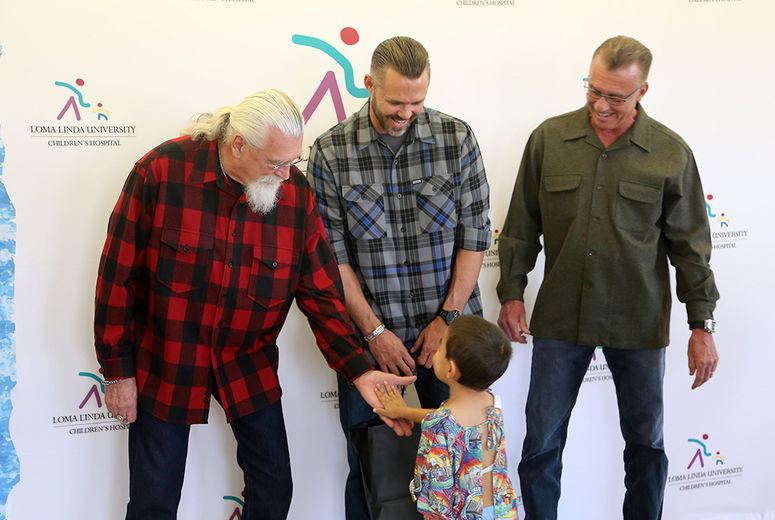 Glenn Quaid gets a five-finger salute from the boy while Brandon Quaid (center) and Gordon Quaid look on. 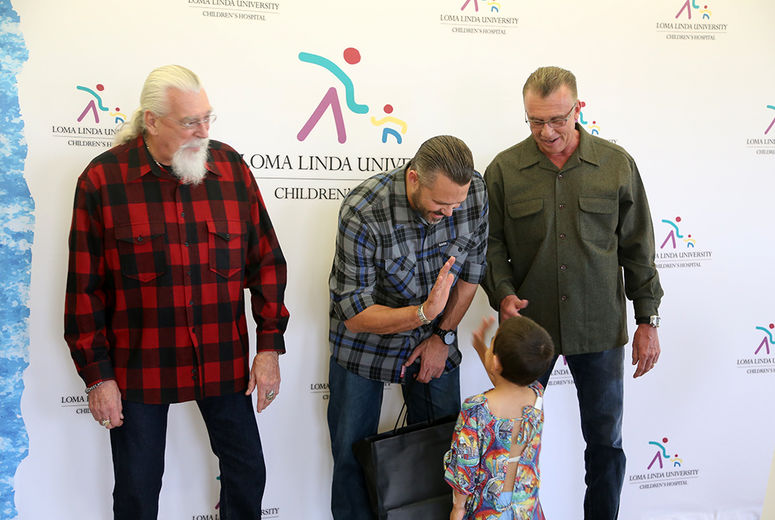 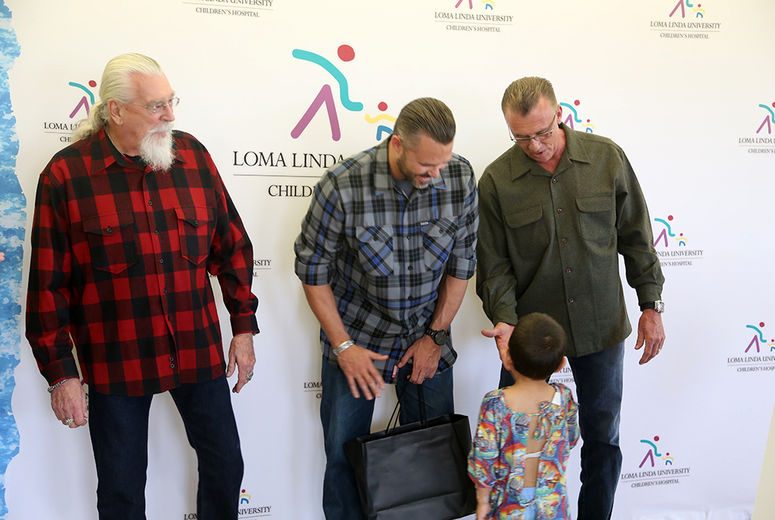 . . . and finally, Gordon Quaid got a big show of appreciation. 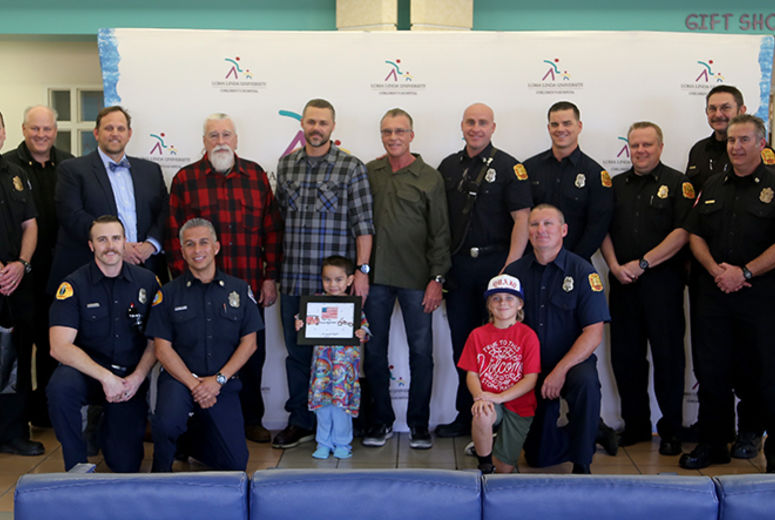 In the end, everybody got in on the celebration.