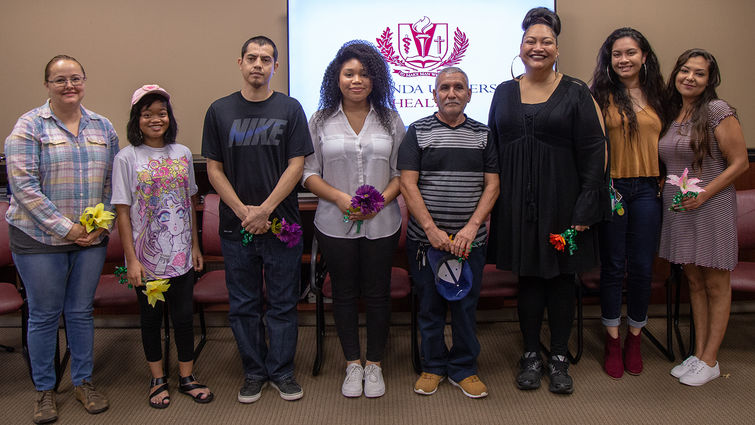 The four organ donors and four recipients shared their stories and offered their thanks to each other and the transplant team during the June 29 reunion. The members of the donation chain sat in a row of eight chairs.

At far left: Tracy Newton, who signed up to donate a kidney altruistically, without personally knowing anyone who needed one.

At far right:  Maria Gomez, who needed a kidney but didn’t know anyone able to donate.

Sisters Thya and Asia were not compatibly matched. Neither were mother Josephine and daughter Melody. This is where the hopeful work of transplant coordinators begins to create a chain of swapped donation pairs through which everyone’s life is saved.

Father and son Mauricio were a match. So why did they participate in the swap? To help others.

Stories from the donation chain

Several news organizations broadcasted stories filmed at the reunion. Click to check out a few of the clips:

NBC 4 News: “Kidney Donors are Reunited with Their Recipients”