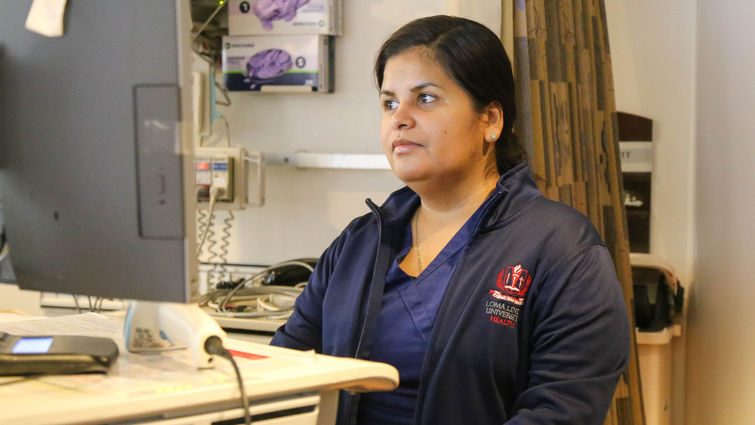 Wendy Bazail was on her way home from work four years ago when she drove into a light pole. She walked away from the crash without a bump or bruise to her body. When asked how it happened, her answer was simple: “I blacked out.”

Bazail lost consciousness for about three minutes as she sat behind the wheel. She can’t recall why or how it happened, but she knew it wasn’t the first time. Family and friends became accustomed to her frequent blackouts and worried for the young nurse. It became a routine for Bazail who could never remember what she was doing prior to a blackout.

“I would find myself doing something, anything and would have no recollection,” Bazail said. “Sometimes I would wake up on the couch and have no idea how I got there.”

It was always easier for Bazail to forget what she was doing with her friends and family than to remember the moment life turned dimmed. This wasn’t the first or the last time she would live her life on the outside.

In 2007, Bazail’s sister accompanied her to a local emergency room in Riverside County where she was monitored after experiencing a round of seizures. It was hard for physicians to say what was causing her discomfort as the EEG and MRI tests came back negative.

“They didn’t see anything,” Bazail said. “I’m sure they thought I was making it up.”

She was prescribed carbamazepine to help manage her frequent onset of seizures. The medication helped for a while — years in fact — until the day her car crashed into a pole and her driver’s license was suspended. Bazail knew there was something much larger that needed to be addressed.

A local physician referred her to Travis Losey, MD, neurologist at Loma Linda University Health, who took a closer look at her condition. Losey performed additional EEG and MRI testing that came back with abnormal activity. He modified Bazail’s medications and even added vitamin B-12 and folic acid. To her disappointment, Bazail’s symptoms worsened.

In 2016, Bazail met with Warren Boling, MD, chief of neurosurgery at Loma Linda University Health. Boling and Losey worked closely together to identify the root cause of Bazail’s abnormal blackouts. With the help of further testing they were able to determine that her seizures were a result of epilepsy. To be more specific, Bazail’s seizures were coming from her right temporal lobe. Based on this diagnosis it was clear to both Boling and Losey to proceed with keyhole surgery.

“My biggest concern before the procedure was if I was going to still remember all of my education and nursing skills,” Bazail said.

Bazail was determined to return to her BSN program as soon as her recovery process allowed her. She underwent keyhole surgery in June 2016, and by the next day she was discharged. Bazail recalls texting her sister on the way to the post anesthesia care unit.

She returned to work and school after eight weeks. “I wanted to get back to my normal routine and see the improvements in my health,” Bazail said.

It didn’t take long for family and friends to notice Bazail’s improvements. As the days and months went on, her onset of seizures and blackouts soon disappeared. Bazail had more energy and was not as tired as before. She even maintained her night shift at the hospital.

By the end of the year, she took her driver’s license test and passed. “I thought I would forget how to drive,” Bazail said. “It was like riding a bike, you don’t forget.”

Today, Wendy is a nursing student at Loma Linda University and works as an RN in the neurology intensive care unit. She is grateful to Losey, who encouraged her to apply for the position. Bazail works closely with other epilepsy patients who are going through similar conditions and encourages them to have faith both in their physicians and the procedures offered.

“I tell them they can have a normal life,” Bazail said.

To learn more about epilepsy and today’s latest advances in treatment, diet therapies and safety, join the Epilepsy Center at Loma Linda University Health for an Epilepsy Workshop + Social on Sunday, Oct. 21 from 10 a.m.-2 p.m. at the Drayson Center, located at 25040 Stewart St. Loma Linda, CA 92354.

The event provides an opportunity to ask questions, meet other families and find resources and research opportunities to end epilepsy.

For more information and to register, visit EndEpilepsy.org/LomaLinda or call 310-670-2870.