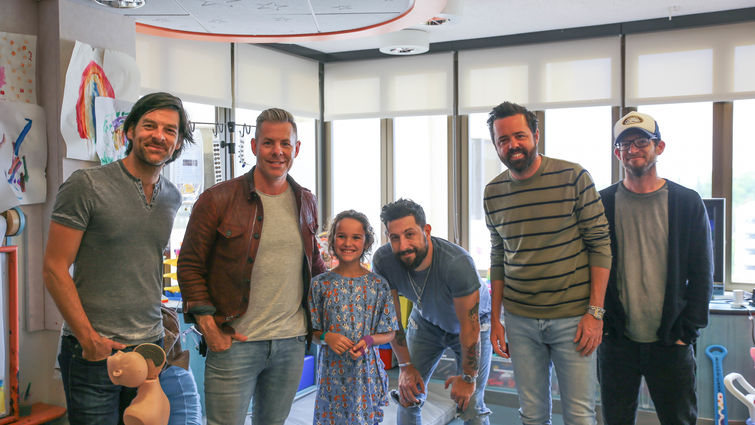 Loma Linda University Children’s Hospital patients were treated to a visit by country music’s chart-topping band Old Dominion on Monday, April 29. The group of five visited several units in the hospital, visiting with both patients and nurses.

The band spent time in one of the hospital’s playrooms playing games with several patients and visiting with their families before circulating around the various units. Patients who weren’t able to leave their beds were excited when the group stopped by to offer words of encouragement.

The band’s visit to the hospital was even sweeter when they found out their single, “Make It Sweet,” hit the number one spot on Billboard’s Country Airplay chart while they were at the hospital.

Old Dominion’s visit was made possible by K-FROG FM, a popular country radio station based in the Inland Empire, who have a long-standing relationship with Children’s Hospital.

Check out their visit in the photos below.