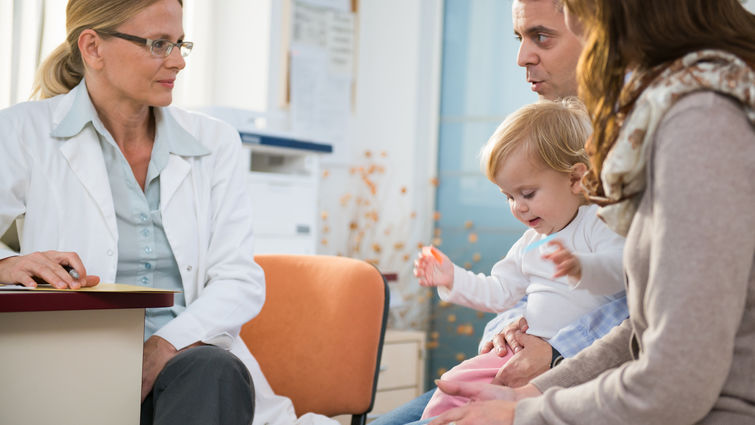 The Centers for Disease Control and Prevention have confirmed 704 individual cases of measles in the United States since January 1. They report this outbreak as the greatest number of cases in the U.S. since measles was declared fully eliminated in 2000.

Alexandra Clark, MD, division chief of general pediatrics at Loma Linda University Children’s Health, stresses to parents and families the importance of early immunizations in infants. Her plea comes in the wake of this outbreak and during National Infant Immunization Week. Here, she answers some common questions.

Why are infant immunizations important?

“Infant immunizations have two main purposes: to protect the individual being immunized and to protect the population at large for those subset of individuals who have a real medical reason for why they can't be immunized against that particular disease,” Clark says.

Without proper immunizations during infancy, children under the age of 2 could contract vaccine-preventable diseases, including chickenpox, influenza, hepatitis A and B, measles, mumps, polio, whooping cough and more, Clark says.

She says there is a definitive link between the current measles outbreak and families who didn’t immunize their infants. “Not only in the U.S., but around the world we're seeing case reports that support this link — children who are too young to be immunized become ill with the measles due to living in an area with a high amount of anti-vaccine families,” she says.

These groups can pose a growing challenge for the health of entire communities. “Measles is contagious for four days before people break out into the tell-tale rash that’s a major component of the illness,” Clark says. “By the time the rash develops, they've been walking around, coughing and infecting numerous people. We're definitely seeing the high anti-vaccine communities being more proportionally hit.

Clark says some families are still fearful there could be a link between vaccines and autism, despite multiple studies having refuted this information. “The link between vaccines and autism has been proven to be untrue,” Clark says. “The originally published data has been retracted, and the person who submitted the data was found to have manipulated the results of the study. But that study is still very much on families’ radars as one of the top cited fears of infant immunization.”

How young should an infant be immunized?

Physicians including Clark recommend infants receive their hepatitis B shot shortly after birth during their hospital stay. From there, a series of the same vaccines should be administered at 2, 4 and 6 months of age. Finally, a series at 12, 15 and 18 months.

“Babies should have a full set of vaccinations prior to 2 years of age,” Clark says. “The reason why it's so important that they get these so early and on schedule as opposed to spread out — which many parents like to do — is because they have limited to no protection against disease until they are fully immunized.”

She says while some vaccines, like the measles vaccine, provide high levels of protection with one vaccine, many others require small doses repeatedly over time. “This helps their immune systems create the antibodies to fight diseases as they grow,” Clark says. “Infants are the most at-risk for developing severe complications from natural disease, leading to hospitalization and death. Protecting them young and early is really their best shot at not succumbing to the natural diseases.”

The most important takeaway?

She recommends discussing with your healthcare provider any concerns or fears you may have before making the decision not to vaccinate your child. “Understand that your pediatrician or family medicine doctor’s goal is to help your child be healthy and safe,” Clark says. “We wouldn't be recommending something for your child that we wouldn't be doing for our own children. We strive to align with parents to ensure that their child doesn't suffer the irreversible consequences from something we could've prevented. Please vaccinate your children.”

To learn more about infant immunizations, make an appointment with your doctor or schedule an appointment online. If you’re concerned about the measles outbreak and how it could affect your family’s health, visit our news website for the latest.