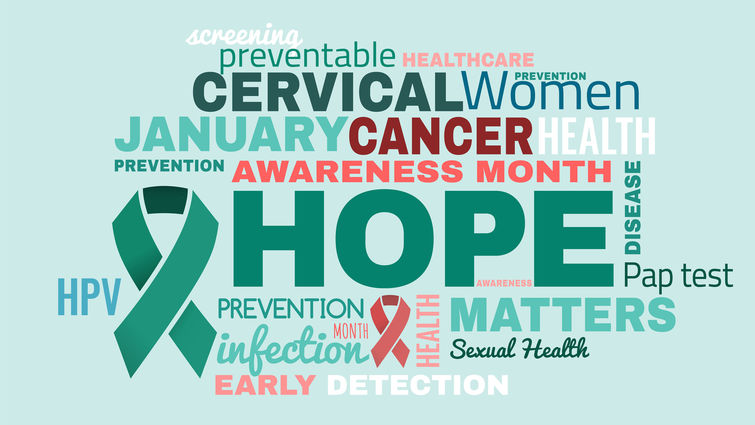 January is Cervical Health Awareness Month, and it is the hope of providers at Loma Linda University Health to increase the public’s knowledge of cervical health while encouraging women to visit their doctor for cervical cancer screening and preventative vaccinations.

The American Cancer Society estimates that more than 13,000 new cases of invasive cervical cancer were diagnosed last year and more than 4,000 women died from the cancer. However, cervical cancer cases and related deaths have dropped significantly in the past 40 years because of life-saving tests like the Pap smear, according to the Centers for Disease Control and Prevention (CDC).

Courtney Martin, DO, an attending physician in Loma Linda University Health’s nationally ranked Department of Gynecology and Obstetrics, says when it comes to cervical cancer, knowledge is power.

“It’s so important to be educated about the cervical cancer screening guidelines, what your results are and when you are due for a check,” Martin says. “Knowing about cancer screenings and cancer prevention can help to protect you from receiving a devastating diagnosis too late.”

What is cervical cancer and where does it occur?

According to the CDC, cervical cancer occurs when cells within the cervix grow out of control — the extra cells multiply without stopping and often form growths called tumors. The cervix is the lower, narrow end of the uterus, connecting the birth canal — vagina — to the upper part of the uterus.

Who is at risk?

How can cervical cancer be prevented or detected early?

The CDC suggests getting both the Pap test — also known as a Pap smear — and the HPV test to help prevent and detect cervical cancer.

Martin says the screening guidelines are evolving and are now more tailored case by case. “Depending on your personal history, you may need screening or a follow-up appointment as frequent as one year after your initial screening and a gap of 5 years between the following tests,” she says. Also, for administration of the HPV vaccination, the Food and Drug Administration recently approved an increase in the age limit to age 45. This vaccine is known to prevent the contracting of the HPV virus, which is known to be the overall major cause of cervical cancers. “I encourage everyone to reach out to see if they qualify to have the vaccine series,” she says.

“There is so much knowledge that can be gathered on cervical health to protect yourself, Martin says. “If you or a loved one is between the ages of 21-65, I would encourage you to talk with your doctor about your cervical cancer screenings and get tested,” Martin says. “Cervical cancer is not something to be afraid of — it’s something that can be prevented and treated. I encourage you to educate and protect yourself.”

If you or a loved one have questions or concerns about cervical health or preventative care, talk with your doctor or schedule a screening appointment by calling 909-558-2806. Visit our website for more information about the obstetrics and gynecology services offered at Loma Linda University Health.