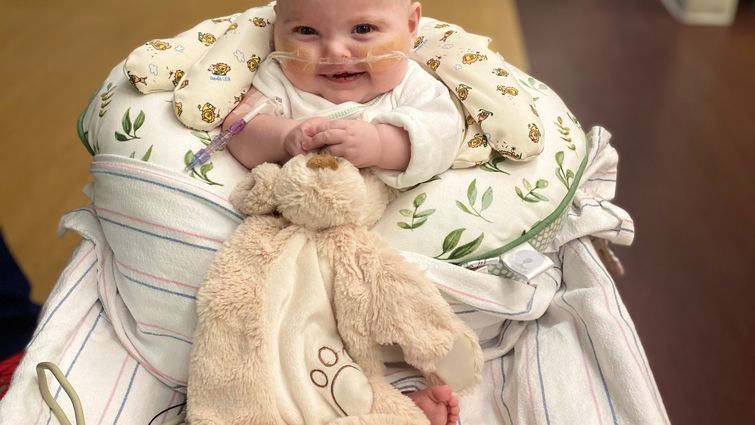 Nine-month-old Cayson is finally living at home, surrounded by his loving family after spending the first seven months of his life in the hospital surrounded by wires, beeping machines, and medical staff who performed multiple life-saving heart surgeries.

Jenny Schvaneveldt, Cayson’s mother, says although she was brought into motherhood in a harrowing way, the support she received at Loma Linda University Children’s Hospital was invaluable. 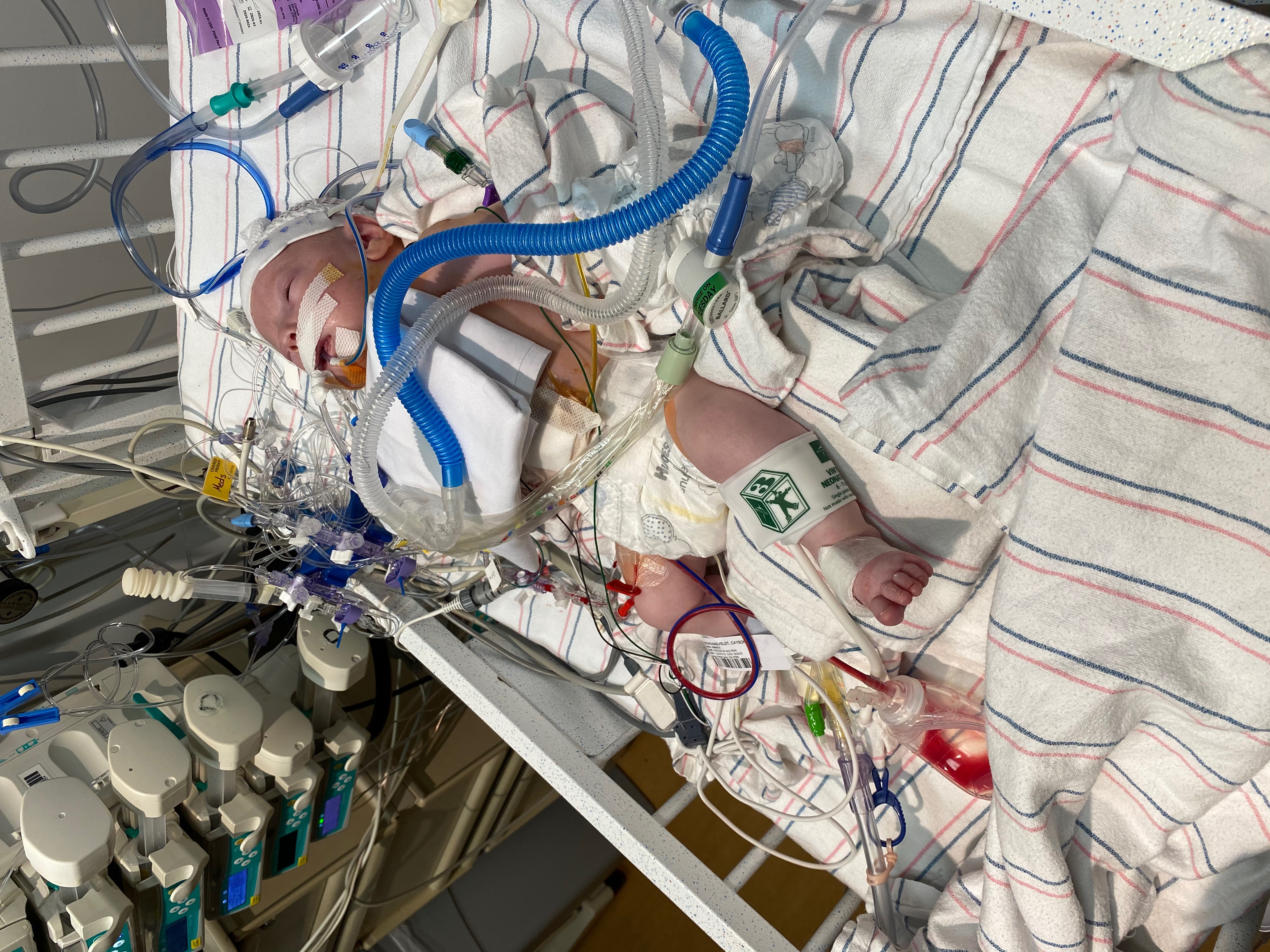 “The nurses, chaplain, staff, and doctors at the hospital were kind of like my confidence,” she says. “They were my support and my saviors in a lot of ways because they were there with me and saw and experienced every struggle Cayson went through.”

At 20 weeks pregnant, Schvaneveldt’s anatomy scan showed that Cayson had a heart condition. Their care was transferred to Children’s Hospital due to the pregnancy being high risk and Cayson’s eventual need for open-heart surgery. At only 33 weeks old, Cayson was delivered via a crash c-section when doctors found him in distress. Cayson was itty-bitty at only 3 pounds 8 ounces.

“It was scary because he was so little,” she says. “The prematurity aspect threw another wrench into things, but it was a relief for me knowing he was going to receive the care he needed at a place where they could monitor him well.” 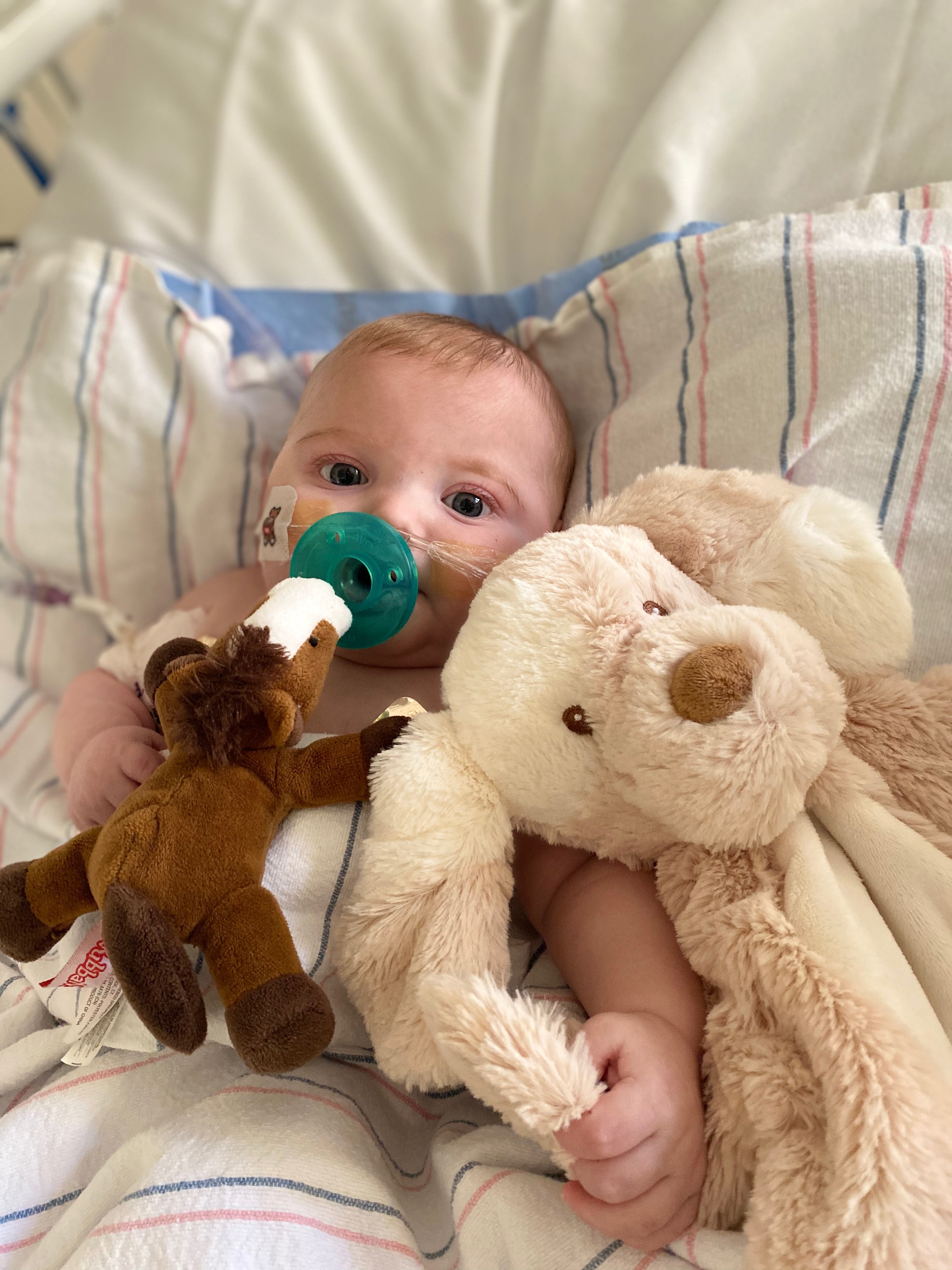 “Cayson was in the hospital almost his entire life,” Radulescu says. “He needed two or three surgeries to address his congenital cardiac issue, and then five or six performed by me to address his esophagus.”

The team caring for Cayson including Radulescu and Tim Martens, MD, a cardiothoracic surgeon at the hospital, decided to proceed with his heart surgery first. They placed a shunt in Cayson’s heart to temporarily address the congenital issue until he was at least six months old or older, says Schvaneveldt.

Although the surgery went well, doctors decided to do an echocardiogram, commonly referred to as an echo, to view images of Cayson’s heart and confirm the shunt was working properly.

“On examination of the echo, the doctors realized his shunt had clotted off,” Schvaneveldt says. Cayson ended up back in surgery to have his full heart repair four days after his initial surgery. He was only three months old — much smaller than doctors would have liked him to be for this procedure.”

Cayson pulled through his heart repair and began to heal. But six weeks, it was time for his next surgery.

“He didn’t have a fully formed esophagus,” Radulescu says. “We had to create one for him.”

Eleven hours later, Cayson was out of surgery. However, that night, his lung collapsed and his heart stopped. At 3 a.m., Schvaneveldt received a call from the hospital saying to get there as fast as possible because it didn’t look like Cayson would survive.

Miraculously, with the quick action of Cayson’s care team, he stabilized. Schvaneveldt says his shunt clotting off causing the full heart repair ended up being a blessing in disguise.

“As crazy as it was to have two heart surgeries in one week, the doctors told me that if he hadn’t had his full heart repair, he wouldn’t have made it that night,” she says.

Cayson’s lung collapse led to several other issues, including a leak in his new esophagus, which led to the need for a chest tube. He also had to have a g-tube inserted for feeding, developed aspiration pneumonia, and went septic. But seven and a half months later, after facing numerous setbacks and disappointments, Schvaneveldt was told she could take Cayson home.

“I almost didn’t believe it,” she says. “It was a really special day for all of us.” 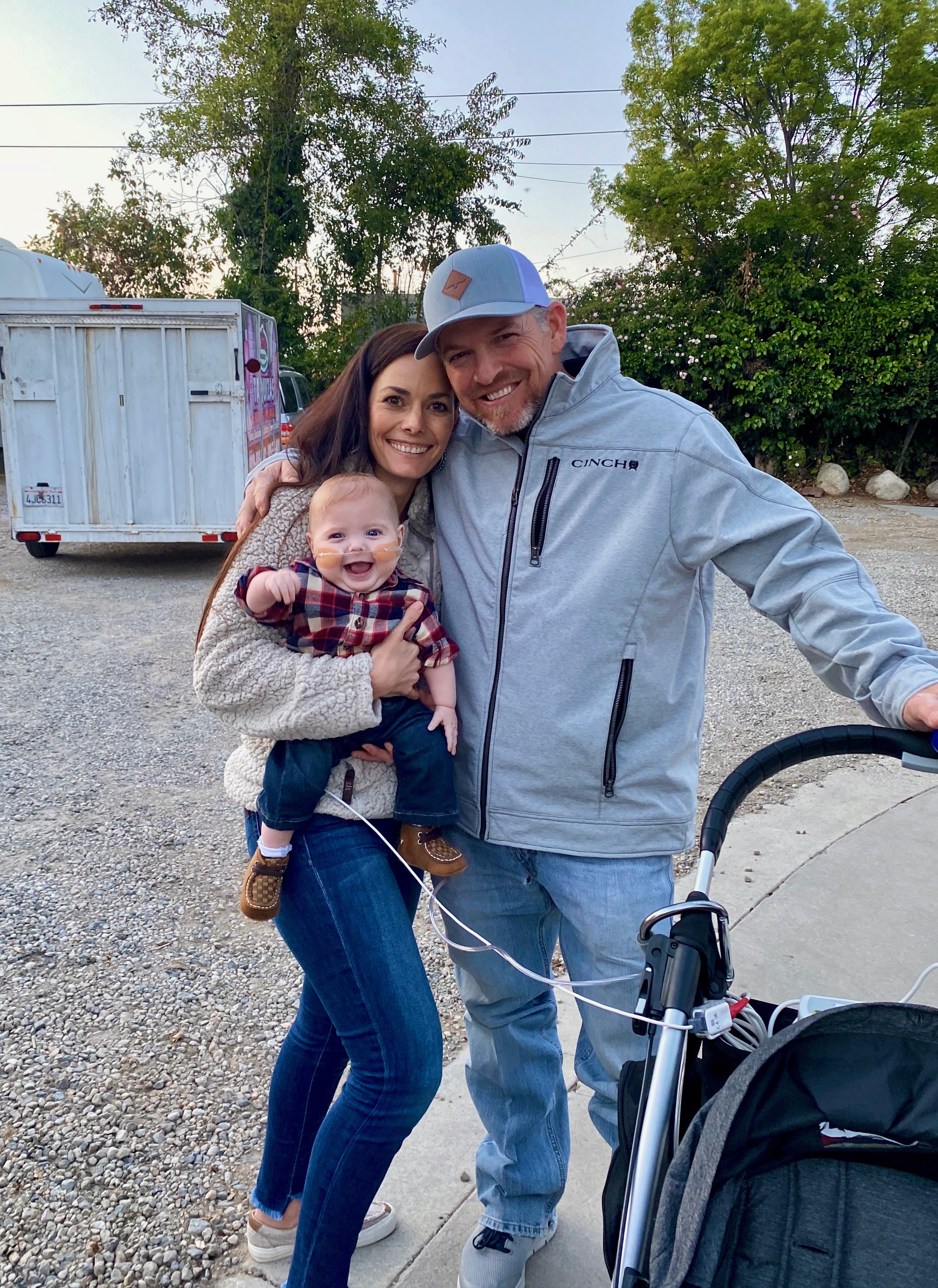 Cayson’s future still holds other surgeries, treatments, and therapies. He’s on medication, is still g-tube dependent, and needs some oxygen supplementation. But Schvaneveldt says despite everything he’s been through, Cayson is a sweet little boy, and she’s grateful for Children’s Hospital’s support.

“He’s got the biggest smile you could ever imagine,” she says. “It’s been a crazy journey, but well worth it. Everyone at the hospital has been incredible from the NICU team to the surgeons. We’ve been really blessed. I have lifelong friends because of that place. The support system there is amazing.”