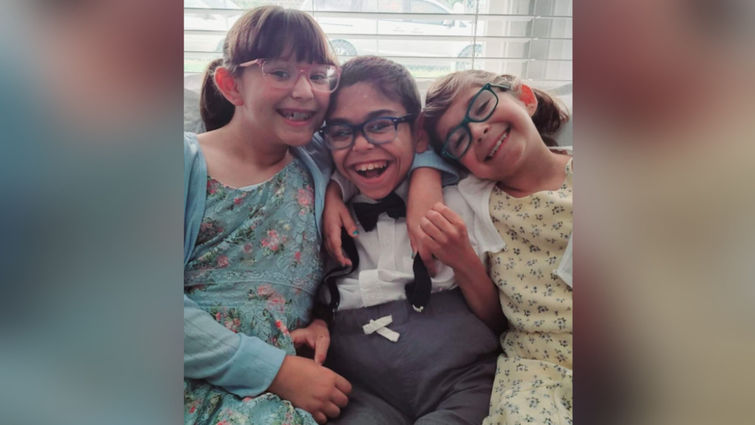 “He is such a happy, outgoing boy. He tries to make me laugh with everything he says and does. He says he entertains his sisters like TV, and they behave like any other siblings where they’re best friends, then bicker, and are best friends again.” — Griselda Reynolds, Aiden's mother

Aiden Reynolds didn’t spend much time at home during his first year of life. He was born with Eagle-Barrett syndrome, causing him to be admitted to the hospital and spend his first four months in the NICU. Pediatric nephrologist Rita Sheth, MD, has been part of his journey since birth. The bonds created between Aiden’s family and medical professionals at Loma Linda University Health made the experience easier to bear.

“We follow these patients very closely and see them at least once a month and watch them grow physically, emotionally, and socially,” Sheth said. “It is amazing to see what the children turn out to be — Aiden has always been a happy-go-lucky child despite all the surgeries, admissions, and hardships that he has gone through,”

Eagle-Barrett syndrome, also known as prune belly syndrome, is a disorder characterized by poor development or lack of muscles in the abdomen and urinary tract. This can result in an underdevelopment of the kidneys with associated kidney failure, abnormal urinary tracts with inadequate urine drainage, and bladder issues.

While Aiden’s mother, Griselda, was pregnant, complications arose when it was discovered that Aiden would go into kidney failure, and he was at risk for underdeveloped lungs at birth. As he grew, Aiden was constantly in and out of the hospital due to complications of his syndrome.

“It affected me a lot, being the mother of a sick newborn and being told that he might not make it to a year old,” Griselda said.

Still unsure where his path would lead, four-month-old Aiden was in partial kidney failure but was able to finally go home. Just a couple of months later, he went into full kidney failure and was readmitted at six months old, where he stayed and celebrated his first birthday.

“I was as prepared as someone could be, but not enough to see him as sick as he was and receive the medical attention he needed,” Griselda said. “But we did it. With our support systems at home and in the hospital, we’ve navigated this, and it’s our life, a good one.”

Around eight years old, his health vastly improved, and they took fewer trips to the hospital. Aiden is now 11 years old and receives home peritoneal dialysis after being treated by the LLUCH nephrology team since birth. 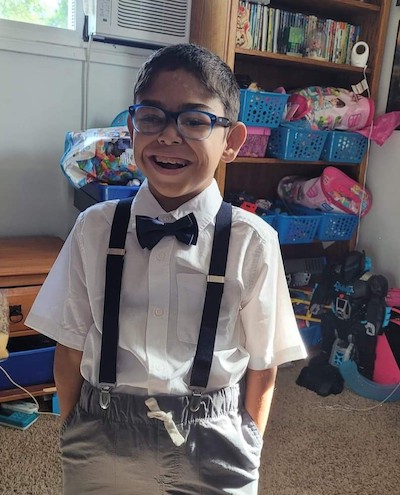 “He has come a long way given the severity of his illness, multiorgan involvement and his complicated medical course. Through it all, he has been a fighter, and always ready to smile and play with us, despite everything he has endured,” Sheth said.

A few procedures Aiden had that have contributed to his current health include malrotation, gastrostomy tube, tracheostomy, hip surgery, and removal of liver cancer. They anticipate him receiving a kidney transplant soon.

“He is such a happy, outgoing boy. He tries to make me laugh with everything he says and does,” Griselda said. “He says he entertains his sisters like TV, and they behave like any other siblings where they’re best friends, then bicker, and are best friends again.”

The nephrology team at Loma Linda University Children’s Hospital was recently recognized as a top-ranked team in the nation by U.S. News and World Report. Learn more about the award-winning Division of Pediatric Nephrology team that provided Aiden care.