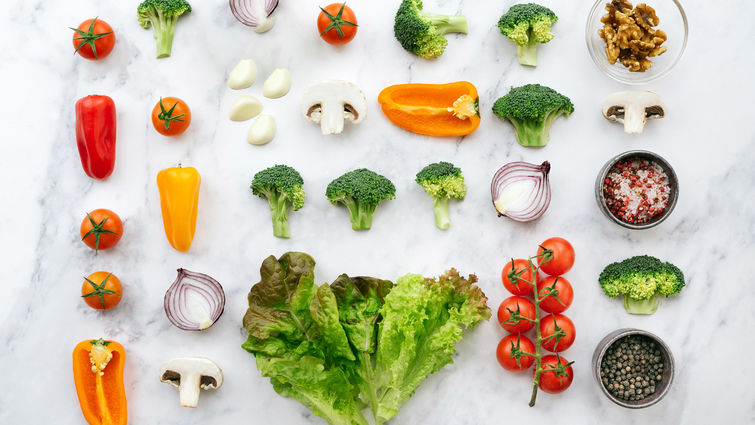 The Daniel Fast diet is a dietary modification plan emphasizing simplicity and plant-based nutrition inspired by a character from a book in the Bible. The book, which takes his namesake, highlights Daniel’s food choices and describes the positive physical, intellectual, and spiritual outcomes. These same beneficial outcomes can be accessed today with simple diet changes.

The Daniel Fast diet consists of non-energy-restricted choices of foods from plant sources, minimally processed and prepared in a healthy and simple way. The diet eliminates animal products, caffeine, and alcohol; and includes fruits, vegetables, whole grains, legumes, nuts, and seeds. This dietary plan has been promoted by different Christian denominations and health groups and has recently been picked up by certain celebrities as a popular diet routine.

Margarete Carneiro, MPH, RDN, CDE, a dietitian with the Loma Linda University Diabetes Treatment Center, works with her patients to optimize their health through mindful food choices, which emphasize a whole food plant-based diet such as in the Daniel diet. “When the Daniel diet is practiced as a fasting only the most common length of time is 21 days,” Carneiro says. “This is based on the reference of Daniel 10:2-3 in which Daniel describes a three-week fasting from certain foods for spiritual reasons.”

While three weeks may seem like a long time to cut out some favorite foods, members of some religious groups, including Seventh-day Adventists, promote this diet as a permanent lifestyle choice. “This permanent application of the diet is based on the holistic benefits mentioned in Daniel 1:8-14, in which Daniel and three of his Hebrew friends request to eat only foods from plant sources and drink water,” Carneiro says. “After 10 days into this plan, they were found to have a healthier appearance and better intellectual capacity than the groups eating a diet that included meats, wine, and other rich foods described as delicacies,” she says.

The Daniel Fast diet has been evaluated scientifically both for short-term interventions of 21 or 40 days as well as long-term interventions of a year or longer. “In both short-term and long-term scenarios, the results show that this dietary plan significantly decreases body weight, blood pressure, cholesterol, C-reactive protein — a marker of inflammation in the body — and improves insulin function.”

No negative effects have been reported, although if this plan is going to be followed long-term, experts recommend the supplementation of vitamin B-12, Carneiro says. “The diet is easy to follow, as there is no portion or caloric restriction, and it allows for a wide variety of food choices,” she says.

Individuals who are already following a diet plan that has been recommended by a healthcare provider should meet with a Registered Dietitian to understand how the Daniel Fast diet can be incorporated.

This plan encourages eating foods in their more natural state, which reduces the exposure to preservatives, additives, artificial colors and other chemicals used in processed foods.

Based on scientific and anecdotal evidence, the characteristics of this diet help to prevent and reverse chronic diseases, promote optimal health and increase longevity, Carneiro says.

“Research also shows that populations following this dietary pattern have a lower prevalence of obesity,” she says. The Academy of Nutrition and Dietetic endorses well-planned plant-based diets for all age groups and highlights not only their health benefits but also their reduced environmental impact.