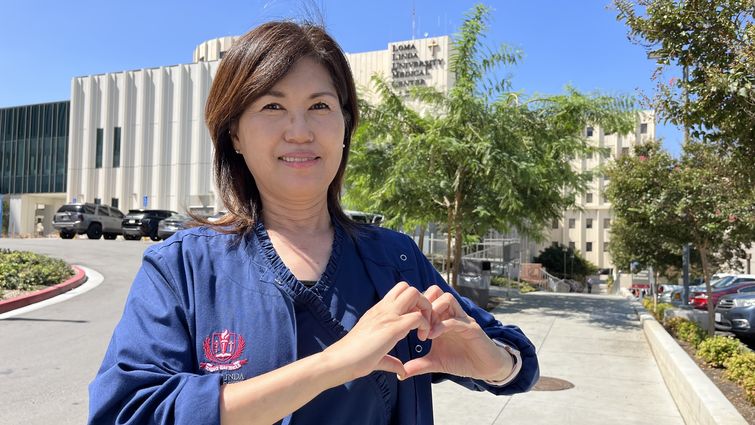 Zoe Lee, a registered nurse at Loma Linda University Health, shares her experience with atrial fibrillation to spread awareness of the condition.

For Zoe Lee, learning to live with an irregular heartbeat has proven to be a gradual learning process and an opportunity to tune into her body’s needs. Despite the at-times difficult health journey, the 60-year-old Loma Linda local has worked closely with care teams at Loma Linda University International Heart Institute specialized in treating her condition called atrial fibrillation.

I’ve found that there is no need to prove anything to anyone else. Show your bravery to yourself instead, and don’t give up.Zoe Lee

Ravi Mandapati, MD, Lee’s Cardiac Electrophysiologist and Director of Cardiac Electrophysiology at Loma Linda University Health, says the unifying characteristic among people with atrial fibrillation (AFib) is that they all experience irregular heart rhythm. However, he says those with AFib can experience a range of symptoms at varying intensities — heart palpitations, lightheadedness, extreme fatigue, shortness of breath, chest pain — or no symptoms at all.

Whether symptomatic or not, people with AFib face risks of blood clots, stroke, dementia, decreased heart function and other complications. Moreover, the death rate from AFib as the primary or a contributing cause of death has been rising for more than two decades, according to the Heart Rhythm Society. Thus, Mandapati says the International Heart Institute care teams consider each AFib patient’s unique presentation in order to tailor treatment approaches based on individual needs. 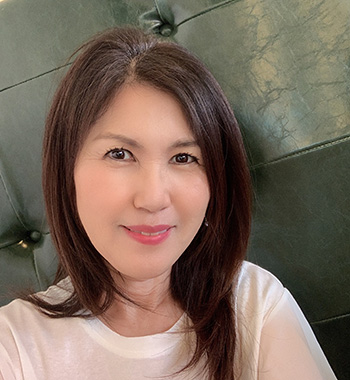 In Lee’s experience, treatment has involved multiple procedures — several catheter ablations — to address AFib and a flutter she developed. AFib ablations are usually performed using thin, flexible tubes called catheters that insert through the veins or arteries to the heart. The catheter delivers heat or cold energy to create tiny scars in the heart to block the faulty electrical signals and restore a typical heartbeat. After Lee’s last ablation in 2019, she has had no recurrences.

“It’s important to note that when it comes to atrial fibrillation, patients may experience recurrences or even develop other arrhythmias such as flutters,” Mandapati says. “In these cases, patients sometimes require more than one procedure. This also highlights the importance of why patients with atrial fibrillation need an open, continuous line of communication and good rapport with their care teams.”

Living with AFib initially caused Lee to self-isolate from socializing or attending events for fear of unpredictable shortness of breath or palpitations. But over the course of her treatment and building a strong patient-physician relationship with Mandapati, Lee says her mindset about AFib transitioned from defeat to determination. It makes all the difference to know she is cared for and in good hands, Lee says.

“I’ve found that there is no need to prove anything to anyone else,” she says. “Show your bravery to yourself instead, and don’t give up.”

Lee is a self-described “fighter”: though she emigrated from South Korea to settle in the U.S. with limited English, she built a career in the medical field and single-handedly raised her two sons. Although she’s experienced her fair share of hurdles in life, Lee says AFib presented her first serious health condition to reckon with.

I’ve become wiser about the way I deal with this condition. I learned to think of this disease as part of my life, as a friend. I’ve learned how to live with this rhythm.Zoe Lee

Upon returning home from a sunny day at the beach with loved ones in 2015, Lee says she climbed the stairs to her bedroom when her heart began beating wildly. Her visit to the emergency department that evening was the first of many; care teams brought her rate under control before sending her home. Lee says it wasn’t until she was referred to Mandapati for care that her diagnosis was confirmed — AFib, the same cardiac condition that Lee’s mother had passed away from.

Since then, Lee says she has begun a treatment regimen and adopted lifestyle changes in exercise and diet. She reports gradually feeling better since her last ablation in fall 2019, and remains dedicated to her 25-year long career as a registered nurse. At the same time, Lee says she’s become more intentional about creating work-life balance by setting time aside to rest and relax. In her free time, Lee enjoys spending time with friends and her Maltese named Cotton, and learning to golf.

“I’ve become wiser about the way I deal with this condition,” Lee says. “I learned to think of this disease as part of my life, as a friend. I’ve learned how to live with this rhythm.”