Brett Richards is able to continue fulfilling his passion for para-cycling after receiving treatment for acute lymphoblastic leukemia (ALL) from LLU Cancer Center.

Avid para-cyclist Brett Richards indulged in a 72-mile birthday bike ride in August 2019, only to be diagnosed with acute lymphoblastic leukemia (ALL) four days later.

“I was in the best shape of my life,” says Richards, who had turned 36-years-old by the time of his diagnosis. “It came on quick.”

The rapid turn of events continued. Three days after his diagnosis, Richards began the treatment plan chosen by his doctors at Loma Linda University Cancer Center, which ultimately staved off the cancerous cells in his body.

Acute leukemia is a frightening diagnosis that can blindside anyone, according to Joel Brothers, MD, a hematologist-oncologist at the Cancer Center. “One day you’re home and healthy and the next day you might feel tired, feverish, or have some easy bruising and find yourself admitted to the hospital and told that you have a life-threatening illness.”

That is practically the way it happened for Richards, who initially went to the hospital thinking he had a urinary tract infection (UTI), a common infection in people with paraplegia. Incidentally, doctors who drew Richards’s blood discovered an abnormally high white blood cell count. A bone marrow biopsy confirmed that Richards had ALL.

“Nothing can prepare you for hearing that news and going through the first 24 to 48 hours of the extreme unknown,” Richards says. “But once I got through that and got a game plan, what I’ve been through in the past has helped push me forward and look at it as another hurdle to overcome.” 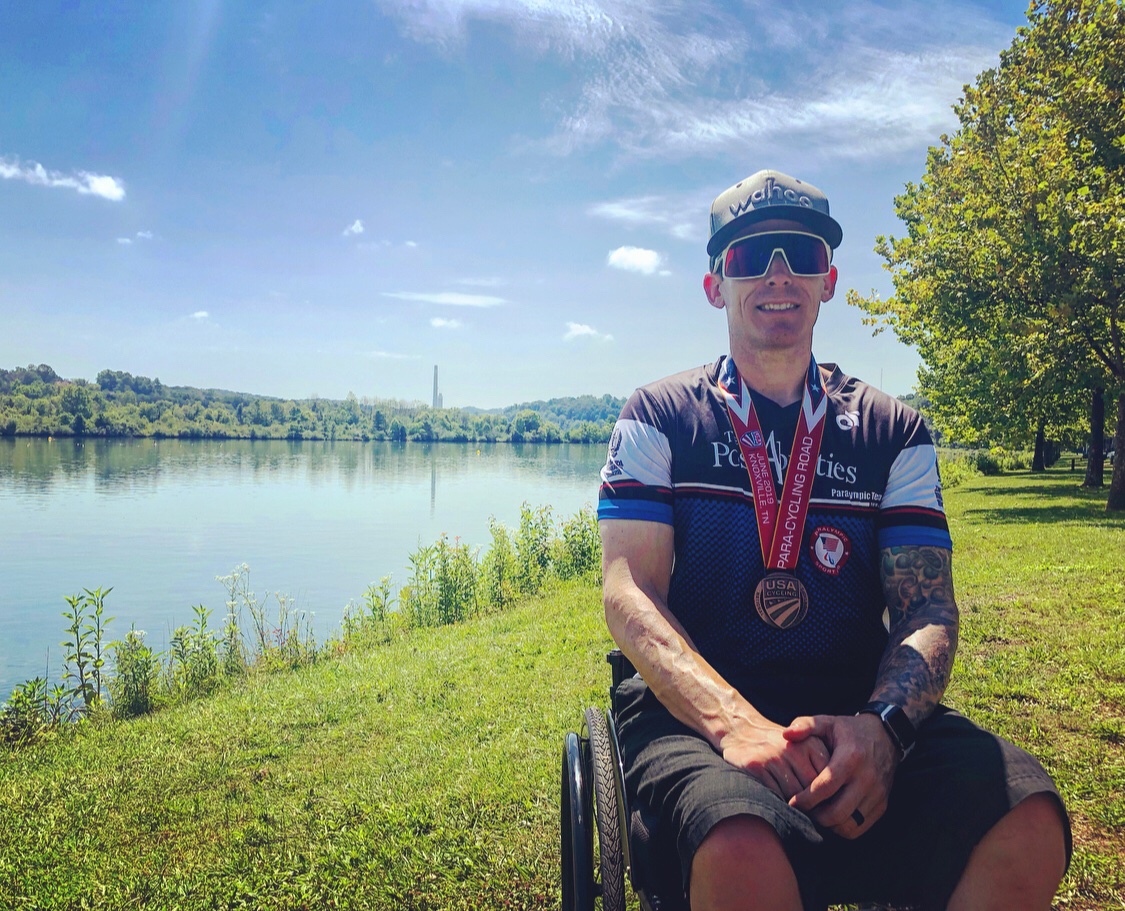 After a motorcycle accident left Richards paralyzed from the waist down in 2004, he learned to live life in a wheelchair from LLU’s rehabilitation programs. He continued pursuing his love for biking as an athlete on the PossAbilities Paralympic Training Program and for the past six years has traveled the country for competitive hand cycling.

Knowing the treatment protocol for ALL was a lengthy one, Richards says he wanted to return to LLU. There, he spent about a month in hospital for induction therapy before starting a year-long program of consolidation therapy.

“It was a bit of a rocky road throughout that time,” says Brothers, who followed Richards throughout the intense therapy that ended in four different unplanned hospital visits for various infections.

“Nausea, hair loss, headaches, bone pain, you name it,” Richards recalls. “We had to deal with those side effects that first year.”

Fatigued from the effects of chemotherapy, Richards had to scale back on para-cycling.

“My goal was to go to the Paralympics,” he says. “Having to stop that so abruptly was extremely tough, but at the same time I was thinking I could easily die from this.” 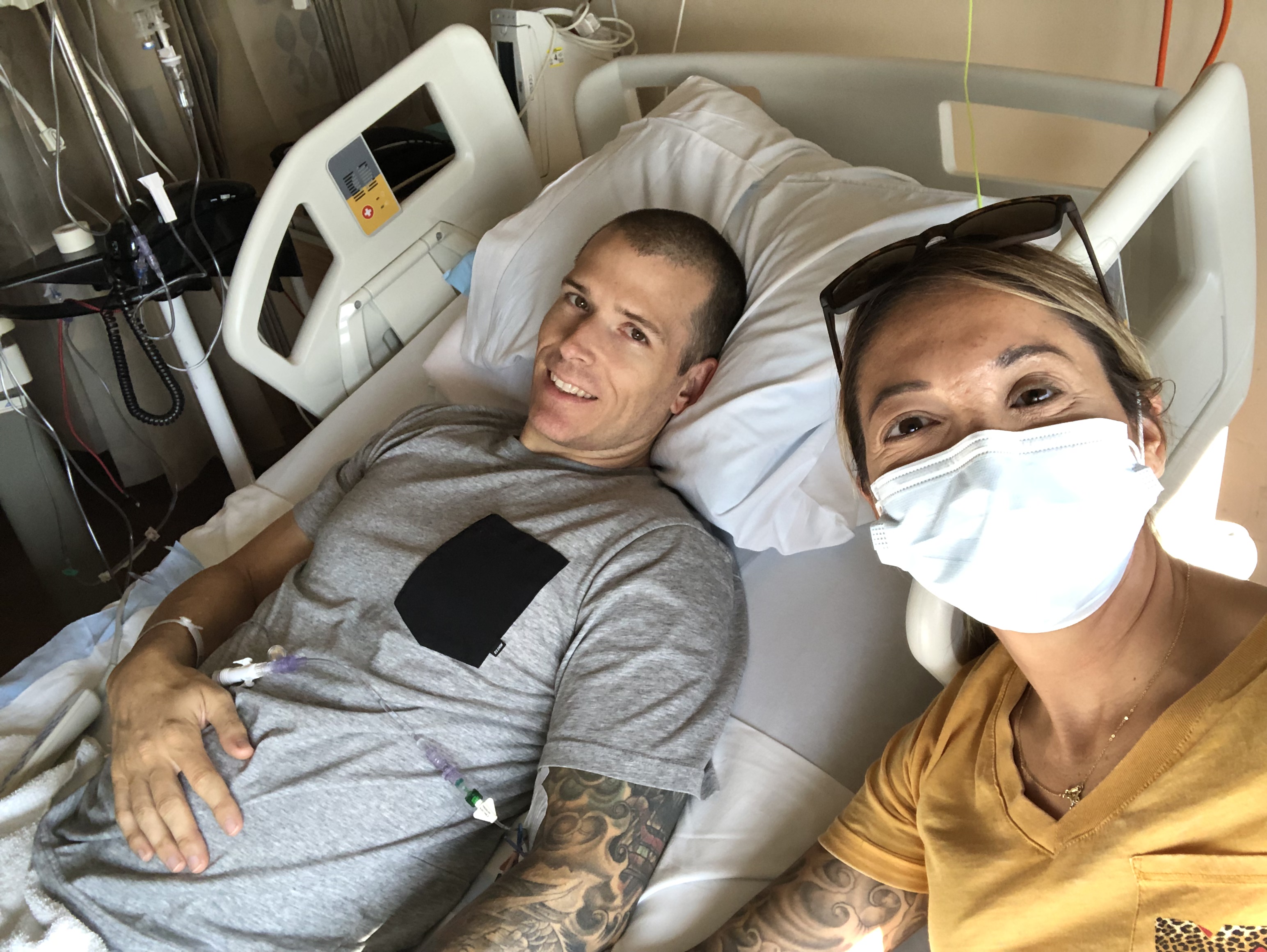 Six months into Richards’s consolidation chemotherapy, COVID-19 swept the country, leading hospitals to impose safety precautions such as visitor restrictions. Richards’s wife, Nicole, who had been by his side throughout, was no longer able to accompany him during hospitalization.

Richards said he came to rely on and deeply appreciate the relationships he formed with people within the Cancer Center during these difficult moments.

“The people at the oncology unit are amazing,” he says. “It’s just a hospital and you’re there because you have to be, but it’s actually more than that. Everybody really cares about you.”

Brothers said throughout the treatment, he’s admired Richards’s attitude. “Despite everything he’s been through so far and then being faced with this rare, difficult to treat illness, I don’t think I’ve heard him complain once.”

With a year of consolidation chemotherapy done, Richards is now five months into the maintenance phase of chemotherapy and now has No Evidence of Disease (NED). He said he has appreciated getting back to his routine in life — driving to and from his job as a field supervisor for a Riverside-based geotechnical engineering firm and para-cycling, of course. Richards said he is poised to tackle yet another challenge — try to get back in as good of a shape as possible.

“It’s been an eye-opening experience how much this past year and a few months has affected my body and fitness,” he says. “To still be alive after all this — I feel like I have bonus years now, so I want to make them last as long as possible.”

Loma Linda University Cancer Center offers patients comprehensive care that gives them the best opportunity to beat cancer. To learn more about all of the resources offered to cancer patients at the center, visit its website.

Brett and Nicole at the LLU Cancer Center

Brett at the Criterium Race for the Valley of The Sun Stage Race, in Phoenix, Arizona.