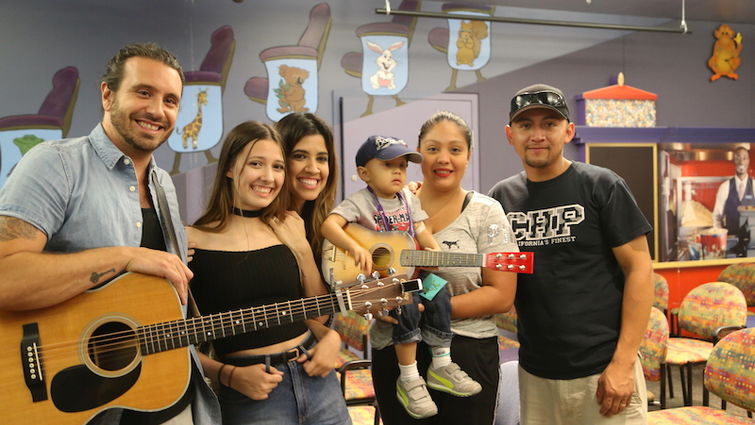 Members of the family band Edgar were all smiles as they greeted patients prior to their performance at LLUCH Tuesday, July 26. From left are Ryan Edgar, Jaslyn Edgar, Nikki Leonti-Edgar, LLUCH patient Franco Gonzalez Bucio, 2, along with his mom and dad.

The last time Nikki Leonti-Edgar walked through the halls of Loma Linda University Children’s Hospital (LLUCH) was over 25 years ago, when her brother was being treated for cancer. Recalling the difficult times and somber emotions her family experienced as they watched him endure and ultimately succumb to his illness, the now 34-year-old singer/songwriter returned to Loma Linda to spread some joy through her music.

“Seeing these kids struggling definitely makes it hard to keep it together,” Nikki stated, “but knowing we’re bringing joy and giving them a moment away from their individual situations makes it a little easier.”

Nikki, along with her husband, Ryan, and daughter Jaslyn—who together make up the group, Edgar—stopped by the hospital to sing and visit with patients. The trio is currently on the competitive reality series America’s Got Talent (AGT).

A Corona, California native, Nikki now lives in Los Angeles with her husband and three children. Her oldest, Jaslyn, is the only one singing on the show.

Edgar performed five songs for an intimate crowd of roughly 50 patients and staff, during which one young patient took it upon himself to join in. Franco Gonzalez Bucio, 2, from San Bernardino, a lover of all things musical according to his mom, joined the trio with his pint-sized guitar.

Watch the video of Franco and Edgar here.

“He likes to pretend he can play any instrument,” Maria Gonzalez Bucio said of her son, who has been in and out of the hospital since May battling leukemia. “He even likes to serenade the girls on the unit.”

Before they departed the hospital, Edgar got input from the patients on what song they should sing for their next performance on AGT. They also visited with patients on the units who were unable to attend the performance.

The family trio made their debut performance on AGT in June this year and will begin live shows this August on NBC. They hope to return to Loma Linda in the near future to sing for patients again. 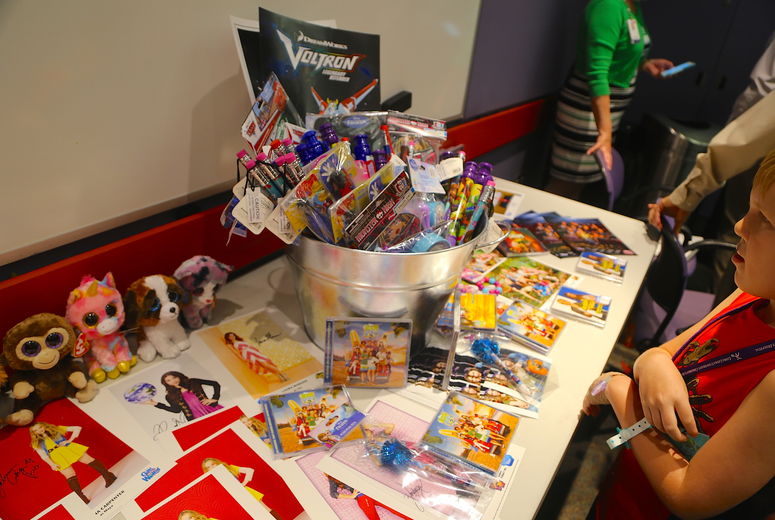 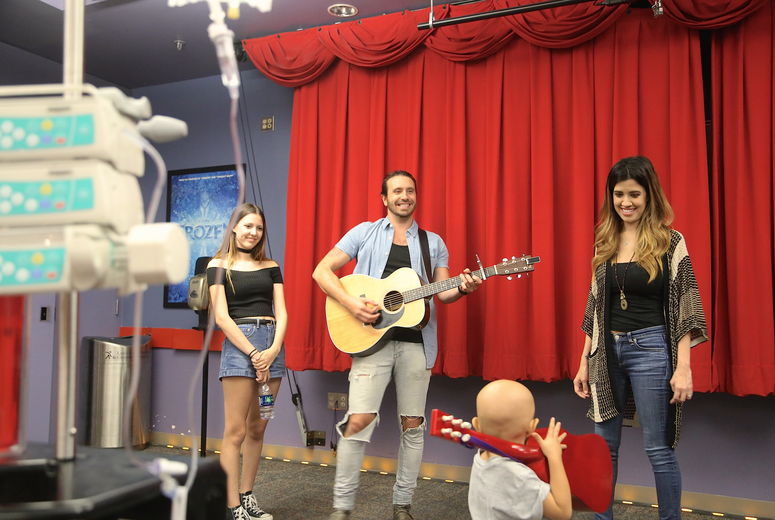 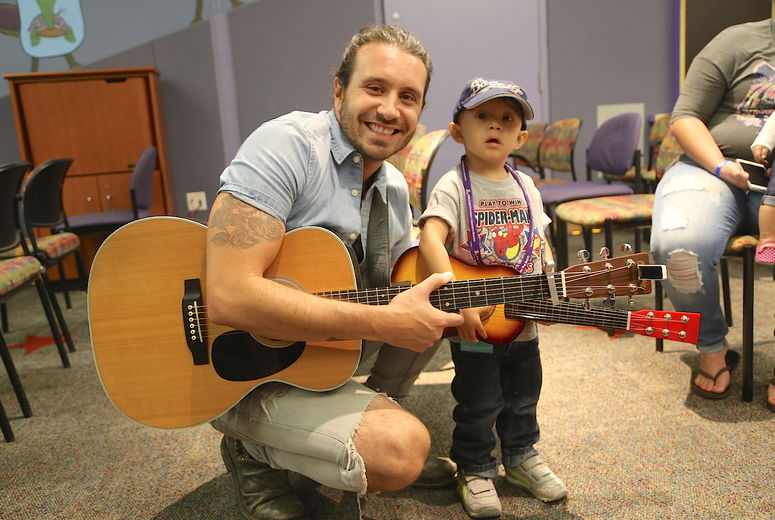