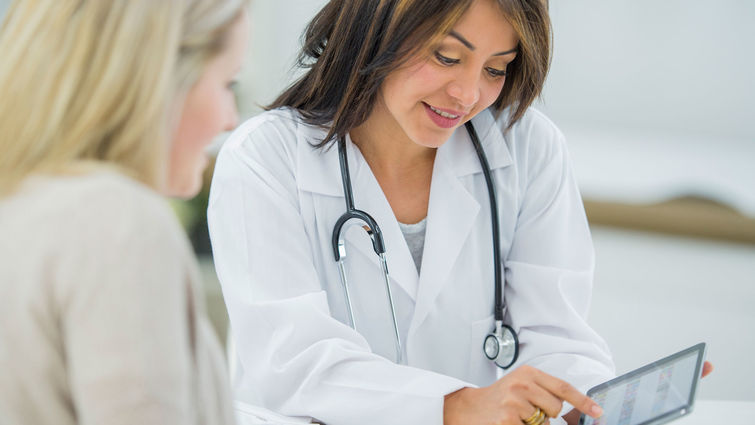 Nearly everyone has been touched by cancer in some way — either they’ve had it or know someone who has.

But mortality rates due to cancer have dropped in recent years, largely because of advancements in treatments and early detection tests.

We know that some cancer screenings lower mortality rates. The good news is that effective, evidence-based screenings are available to you.

Talk to your primary care doctor, who can set up a plan for your screenings — which type and how often.

I recommend that you and your doctor consider screenings for these six types of cancers, because there is evidence that these screening tests can lower your risk of dying from them.

Lung cancer is by far the most deadly cancer in the U.S. It has no rival. Nearly 155,000 people will die of lung cancer this year, according to the American Cancer Society. For many patients who smoke or have previously smoked, I recommend a low-dose CT scan. This is the modern method of screening for lung cancer, and it’s the first method the healthcare industry has found that works well for lung cancer screenings. Today, literally one-fifth — 20 percent — of patients who are candidates for, and use this screening, are alive who would otherwise be dead from lung cancer. So it can have an enormous impact.

Lung cancer screening today is kind of a new paradigm for screening — it primarily screens patients who are at high risk. We now have effective ways of predicting if a patient is at high risk for developing lung cancer — largely related to their smoking history and age.

Colorectal cancer (CRC) is the second-leading cause of cancer deaths in the United States. The American Cancer Society says 140,000 people will be diagnosed with CRC this year and 50,000 people will die from it. One of the most effective methods of screening is a colonoscopy.

The proportion of the population that gets screened for colorectal cancer is actually not very good. One reason is because a colonoscopy can be uncomfortable, requires preparation and often includes sedation. But we know that not only can a colonoscopy find colorectal cancer at an earlier stage, it can actually prevent it by removing precancerous polyps that will progress on to become cancer if not removed. A colonoscopy is an unusual type of screening because it’s both a screening tool and a preventive tool. If the idea of a colonoscopy doesn’t appeal to you, think of it as being able to prevent a far more major process — a surgery with part of your colon being removed. Believe me, you want to avoid this if you can.

Breast cancer largely affects women, but approximately 1 percent of cases affect males. The American Cancer Society predicts more than 268,000 people will be newly diagnosed with breast cancer this year in the U.S., and approximately 41,000 will die from it. The recommended screening for this type of cancer is a mammogram, which is an X-ray image of the breast.

It’s important to talk with your primary care doctor prior to the screening to discuss how you would want to handle the results. Recognize that if you take an aggressive screening approach, you may end up having tests that don’t show an invasive or aggressive cancer, and it may be best to not treat it. Screenings for both breast and prostate cancer have a reputation among some people that they aren’t useful. That’s not true. It’s just a bit complicated, and you need to make a decision with your physician up front what you’ll do with the results. What’s absolutely true is that breast cancer screenings can save lives.

Nearly 165,000 men will be diagnosed with prostate cancer this year in the U.S., and nearly 30,000 will die from it. There is strong evidence that screening for prostate-specific antigens (PSA) can lower mortality from prostate cancer. This is a blood test.

One thing to know is that a PSA screening is not very specific. It will catch a lot of people who have prostate cancer that is either extremely low risk or the patient is high-risk with other major health concerns, and it probably shouldn’t be treated immediately. But a PSA screening also catches a lot of cases that can and should be treated. This is why screenings for prostate cancer — like breast cancer mentioned above — should only be done after the patient has had a conversation with his doctor about what they’re going to do with the results if they’re positive.

In addition, there are high-risk individuals — African-American men are in this category — where there are recommendations for screening at an even younger age than for the general population. Be sure to talk with your doctor.

The screening test for this is the poster child for what a good screening test can do to a cancer. In the past, cervical cancer was almost always found at a stage where there were only end-stage treatments available because it’s a cancer that doesn’t usually give symptoms until it’s too late. Now, effective screening has been implemented with pap smears. In fact, this form of screening has become so mature that there have been recent randomized trials showing that women can decrease the frequency of screening when using high-sensitivity testing, and they can actually stop after a certain age.

Abbreviated as HCC, this is a cancer that starts in the liver, almost always in patients who have cirrhosis of the liver. Cirrhosis can be acquired in many ways, including hepatitis infections, alcohol intake, obesity or genetic diseases. Liver ultrasounds can check for this, and approximately every six months is a recommended timeline for patients with cirrhosis. While there is good evidence to support this type of screening, it’s just not quite as robust as the other screening methods mentioned above. Still, for patients with cirrhosis, they should decide with their doctor whether liver ultrasound screening is a good idea for them.

Your primary care doctor can guide you through the process and have an important conversation about which screenings might be right for you. We at Loma Linda University Health want you to live a life as full and healthy as possible.