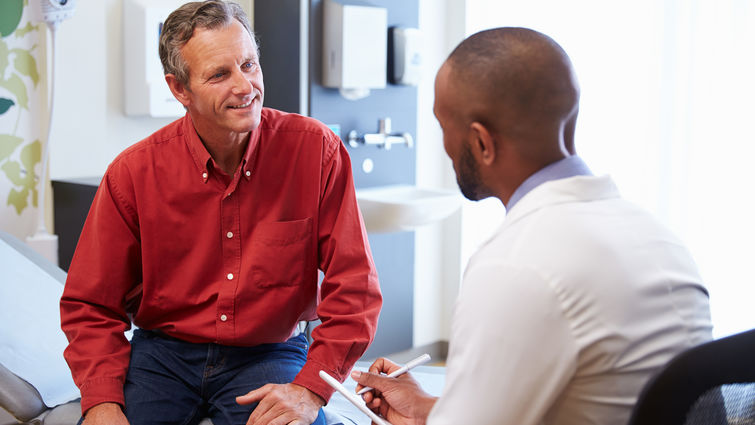 The US Preventive Services Task Force is recommending increased screening for prostate cancer, a move that reverses previous guidelines that recommended against routine prostate cancer screening.

The change, published last week in the Journal of the American Medical Association, advised men between the ages of 55 and 69 to discuss the potential harms and benefits of prostate cancer screening with their healthcare provider. The task force’s previous recommendations, published in 2012, advised against regular screenings due to potentially harmful effects of testing.

Prostate cancer is the most common cancer in men and the second-leading cause of cancer death in men, according to American Cancer Society. Symptoms of prostate cancer may be minimal or not present at all until the cancer is no longer curable.

Herb Ruckle, MD, FACS, the chair of the department of urology at Loma Linda University Health, offers insight into the five W’s — who, what, when, where and why — of prostate cancer screening, which he says is a crucial men’s health issue.

Who. Age, health, potential longevity and risk factors play a large part in the discussion of whether or not a man should be tested — and to what extent. There are risks associated with different approaches. “On one hand, there can be potential risks associated with additional testing. On the other hand, men between the ages of 55-69 have been shown to have improved rates of survival resulting from prostate cancer screening.”

“In addition to the 55-69 age group, it is logically assumed that men in high-risk groups, such as African-American men and those with a family history of the disease, will benefit from beginning testing at an earlier age, such as 40,” Ruckle says.

While prostate cancer testing can hold benefits, there are also risks of harm by over-treating the cancer. Men in the age group that have been proven to benefit most from screening, and men in high-risk groups are encouraged to start the conversation with their healthcare provider even when no symptoms are present.

What. There are several prostate screening tests available. The first and most common test measures the amount of total prostate-specific antigen (PSA) in a patient’s blood, with an elevated PSA level found in most men with prostate cancer. This simple blood test can be conducted and tested in approximately two hours, Ruckle says. Other PSA tests, such as PSA free-to-total-ratio, or prostate health index (PHI) can help improve the accuracy of the standard PSA test.

When. Ruckle recommends that anyone in a high-risk group should have an initial PSA screening at age 40, with further testing based on PSA results. He also recommends men with average risk should get tested at ages 55-70, on a 1-2 year basis.

Where. PSA tests can be ordered at a healthcare provider’s office. The two people who know most about the case are the patient and the providers, Ruckle says. This US Preventive Services Task Force’s new recommendation empowers physicians — in the field of urology and other fields — to discuss prostate cancer screening and treatment options with patients. Prostate cancer care should be customized for the patient based on his desires, fears, current health status, motivation and lifestyle. Setting up an appointment with a urologist, or with your primary care physician, is a great strategy to begin testing.

Why. Knowing if a patient has prostate cancer is the first step to customizing potential treatment. “Some prostate cancers are non-aggressive and pose little risk to the patient, yet their treatments can hold the potential to lessen a man’s quality of life without adding benefit of survival,” Ruckle says. Moreover, men who have asymptomatic aggressive tumors with the potential to spread and decrease their length and quality of life, stand to benefit from testing and treatment.