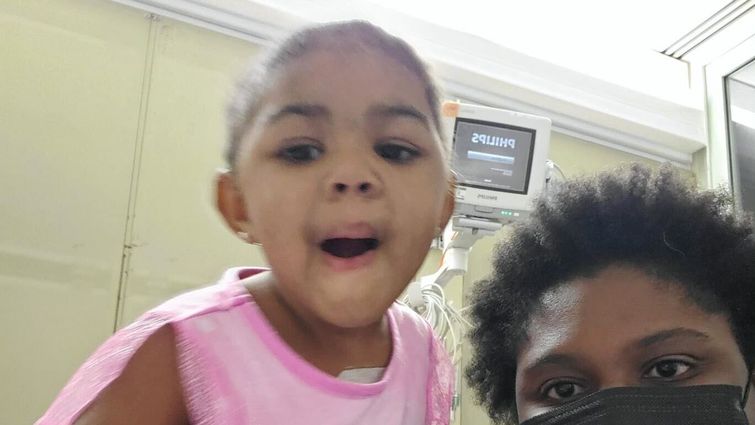 Zoey Jones was only two years old when she was diagnosed with acute myelogenous leukemia (AML), a blood and bone cancer.

While leukemia is the most common type of childhood cancer, AML is the rarest type of leukemia. Quan Zhao, MD, a pediatric transplantation and cellular therapy specialist at Loma Linda University Children’s Hospital and one of Zoey’s doctors, explains that Zoey’s leukemia would have worsened quickly if not transplant. 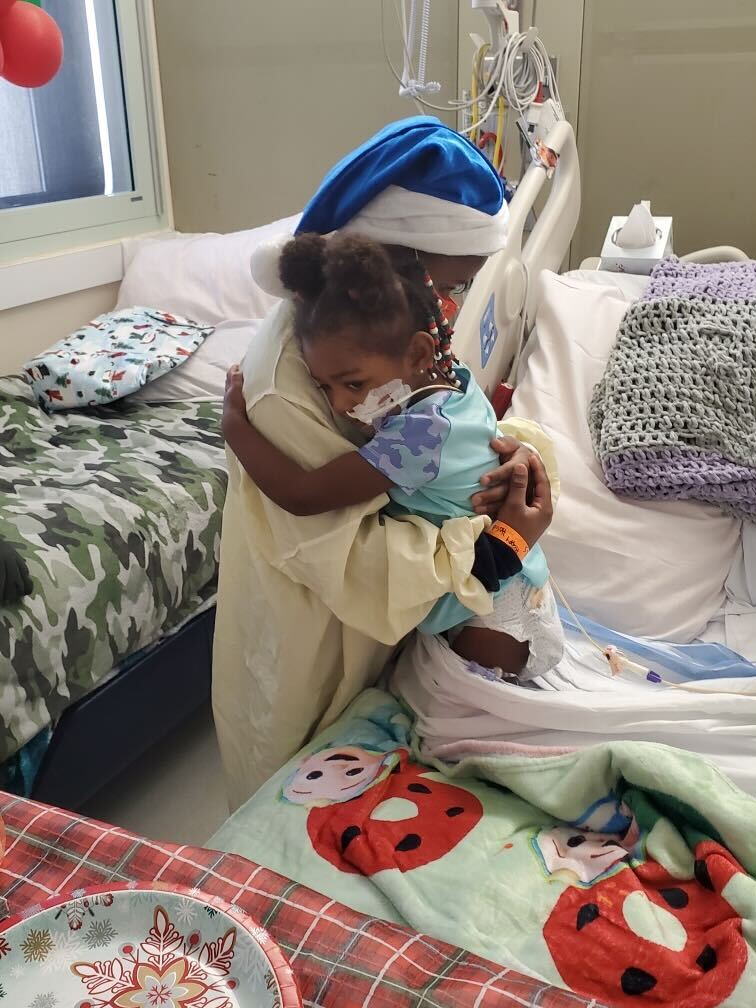 “Zoey’s case was difficult,” Zhao says. “While the prognosis for AML is generally not very bad, when we did genetic tests for Zoey, we found that she has high risk genetic mutation”

A patient with AML categorized as high risk means a patient undergoing only standard chemotherapy treatments has an extremely low chance of getting their cancer into and keeping it in remission.

Brittany Jones, Zoey’s mom, describes Zoey as small yet mighty. “Zoey is very feisty and bossy,” Jones says. “She always has a smile on her face.”

When Zoey started experiencing abnormal pain in late 2021, Jones knew something was wrong — prompting several visits to different emergency departments. “She would wake up in the middle of the night screaming in pain; but initially, everybody said it was constipation or a urinary tract infection,” Jones says.

Jones followed her gut feeling and scheduled an appointment with Zoey’s primary care physician. In the early morning on December 1, 2021, Zoey’s doctor began multiple tests and a complete blood workup. Jones received a call by dinnertime that Zoey needed to be admitted to Children’s Hospital immediately.

She received her AML diagnosis on December 3, 2021.

“That just tore me apart,” Jones says. “You never think something like this would happen to your child.”

Doctors formulated separate plans for Zoey based on potential test outcomes if she was high risk or low risk. If her tests showed low risk, she would undergo the chemotherapy process — five rounds of chemotherapy. But because Zoey was high risk, her best chance of fighting and surviving her cancer was chemotherapy and a bone marrow transplant.

Zhao explains that Zoey needed a matched bone marrow donor for the transplant. Unfortunately, she had no matched sibling donor, unrelated matched donor, or unrelated cord blood from the Center for International Blood and Marrow Transplant Research. Finally, they turned to family members. “While Zoey’s mom was only a half match and not a perfect match, she was Zoey’s best chance,” he says.

In preparation for her transplant, Zhao explains that Zoey received three cycles of chemotherapy to make her remission and the minimal residual disease negative. Additionally, received a myeloablative conditioning regiment to make room in her bone marrow for new blood stem cells to grow, help prevent her body from rejecting the transplanted cells, and help kill any leukemic cells that were in her body. Her first transplant took place on April 19, 2022.

Although things seemed to have been successful initially, Zoey contracted a potentially life-threatening virus, called cytomegalovirus. Unfortunately, the first transplant failed due to the infection. Zoey became extremely sick, suffering from a persistent fever and low white blood cell count, Staphylococcus aureus Bacteremia, C. dff, and lesions in her lungs from a fungal infection. She needed multiple medications, infusions, pain management, and feeding via a nasogastric tube.

Ninety-one days after her first transplant, Zoey received her second transplant with stem cells again from her mother. “This wasn’t very common,” Jones says. “Doctors don’t like to do transplants back-to-back, but they waited as long as possible. If they kept waiting, her condition could have gotten worse, and she may not have been able to survive a second transplant.”

Zhao says Zoey is doing well and continues to be in recovery and remission. “In my experience, if after 100 days after the transplant there have been no signs of relapse, the chances of relapse after that point are significantly lower,” he says. “Of course, nothing is guaranteed, but her prognosis will be much better from that point on.”

Zoey spent 124 days in Children’s Hospital between the first and second transplants before returning home on August 12. While there were many difficult and lonely moments, Jones says they never missed an opportunity to celebrate. Jones would redecorate Zoey’s hospital room to fit a seasonal and festive theme each month. On July 29, Children’s Hospital’s Child Life team and nurses even helped decorate Zoey’s room for her 3rd birthday celebration. 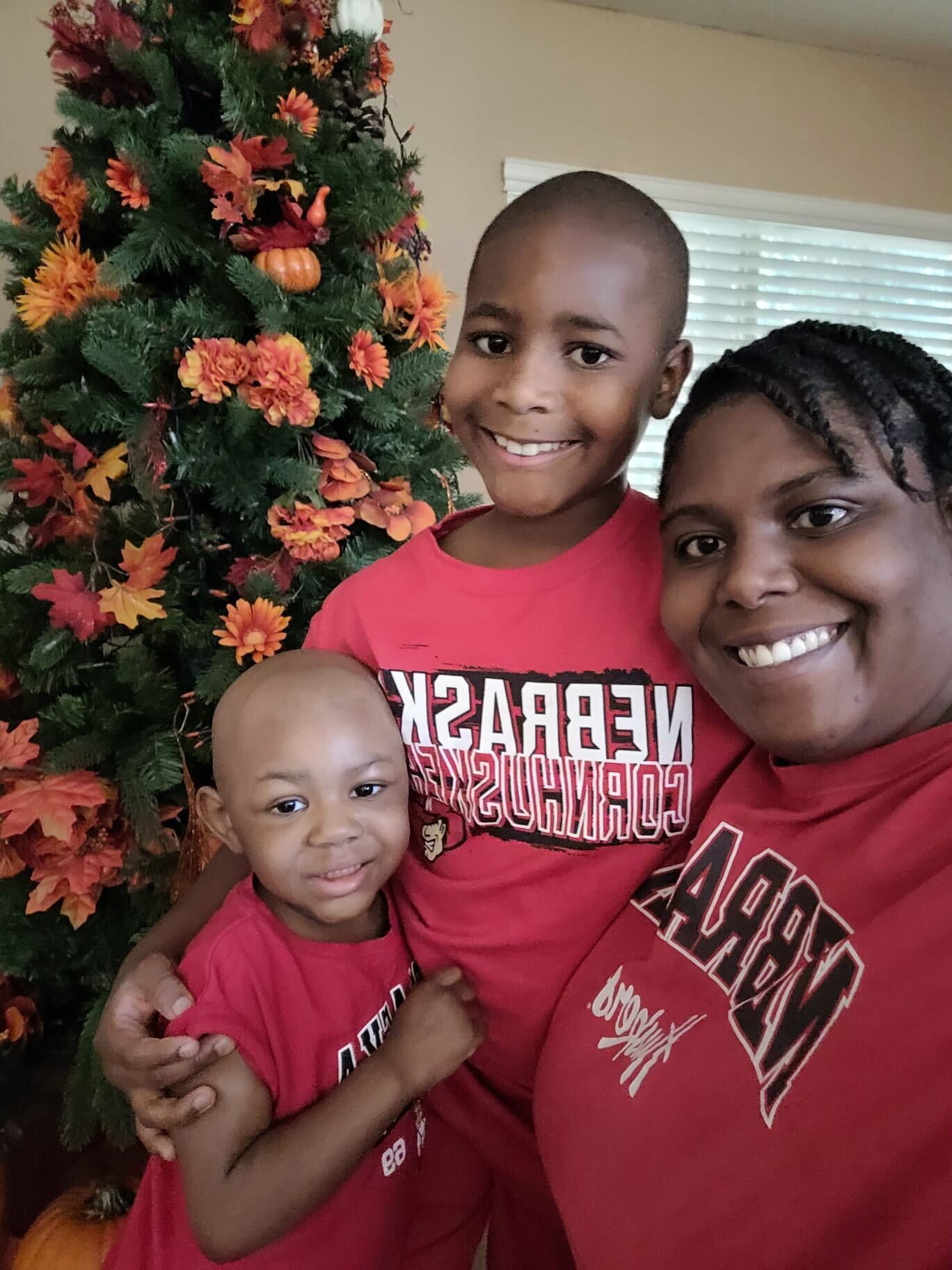 To any other families battling pediatric cancer, Jones hopes Zoey’s story reminds them they’re not alone, and there is hope.

“I would encourage them to let the staff care for their child — they become your second family,” she says. “It’s okay to take a break. And don’t forget, find the joy — have that happiness in your life and in your child’s life. I know it’s so hard. But decorate the hospital room, add a little color. Find a support system with faith, family, friends, and other parents. Do whatever you need to keep your child healing, fighting, and strong.”