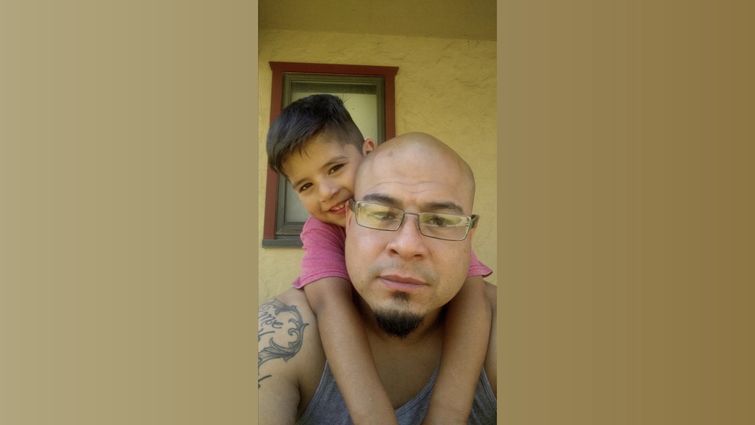 While a stroke is often only thought about in connection to adults, it can occur in kids of any age. Approximately one to five children in 100,000 are affected by pediatric stroke, according to an article in the Journal of Child Neurology. 10-year-old Benjamin Govea was one of those kids.

No time to waste

On a regular school day in 2021, Benjamin was playing a game of soccer with his friends. He remembers feeling a little different — he wasn’t quite able to move his hands, then he collapsed. Paramedics quickly arrived on the scene and treated the situation as if Benjamin had experienced a stroke.

He could hear them talking to him, but he couldn’t communicate in return.

Benjamin’s dad, Gilbert Govea, rushed to the Emergency Department at Loma Linda University Children’s Hospital. He says it was all a blur with so many doctors and nurses talking to him, telling him their specialties, and trying to explain what was happening. “I remember they told me we were at one of the best hospitals because they specialized in children,” Govea says.

Aaron Robison, MD, a pediatric neurosurgeon at Loma Linda University Children’s Hospital, says the team didn’t waste any time before taking Benjamin into surgery — time was of the essence before more permanent damage could occur. “The longer that blood vessel was clotted off, the more brain tissue was at risk of dying,” Robison says.

There are two types of strokes: a hemorrhagic stroke and ischemic stroke. Benjamin suffered from an ischemic stroke where a blood vessel clotted, cutting off blood and oxygen flow to his brain. This type of stroke is extremely rare in children due to their blood vessels being healthier than an older adult who may have modifiable risk factors like high blood pressure, high cholesterol, the effects of long-term smoking, etc.

“Children like Benjamin tend to have strokes because of very rare, non-modifiable risk factors, at no fault of their own,” Robison says.

It was later discovered that Benjamin’s stroke was caused by a previously undiagnosed cardiac arrhythmia, which means his heart rate was irregular and that irregularity allowed the blood clot to form.

Luckily, Robison says Children’s Hospital is one the few children-specialized hospitals that have pediatric stroke protocol. This protocol empowers the team to immediately take action when a child comes in with stroke-like symptoms, again saving valuable time and potentially preventing life-long damage. “Because strokes are so rare in children, not many children’s hospitals can have or maintain an active protocol for these types of events,” he says.

J. Paul Jacobson, MD, a neuroradiologist at Loma Linda University Medical Center, stepped in to conduct the life-saving procedure that is rarely performed on pediatric patients. In the past, the only way to treat the clot was through a specific medication that dissolved the clot. However, that medication had unwanted side effects, being so powerful that it would break down clots everywhere, not just in the desired area. Essentially, that medication had a high risk of bleeding out.

Over the past decade, a new technology emerged called an endovascular thrombectomy, where a neuroradiologist can navigate through an artery in the leg with a small catheter to the clot, dissolve it on the spot, and collect it.

The golden window for this procedure is less than six hours from when the stroke occurred. But again, because of the rarity of strokes in kids, very few Children’s Hospitals have the ability and expertise to perform this procedure. Robison says the partnership with the Medical Center allows Children’s Hospital to perform procedures and surgeries that wouldn’t otherwise be possible if they were a stand-alone entity.

The emergent procedure was successful and performed less than six hours from Benjamin’s stroke, thanks to the quick action of the paramedics and the expert action of the hospital team.

Benjamin was moved to the ICU, where his dad would remain with him the nearly three weeks that were spent in the hospital. “It was just amazing because he recovered very well and really quick,” Gilbert says. “A lot of credit goes to the paramedics who responded so quickly, and the nurses were excellent — they always tended to his needs and made sure he was as comfortable as possible.”

It took some time for Benjamin to be able to speak again. Gilbert says Benjamin couldn’t remember what things were called at first. He started moving his arms and his legs before speech and memory returned.

“Every specialist explained each step of the process,” Gilbert says. “They would talk about the way it worked, even with him eating. I didn’t realize he could choke on his food if those parts of his brain were damaged in any way. I’m grateful and thankful they knew what they were doing and really wanted to figure out what was wrong with him so they could help heal him.”