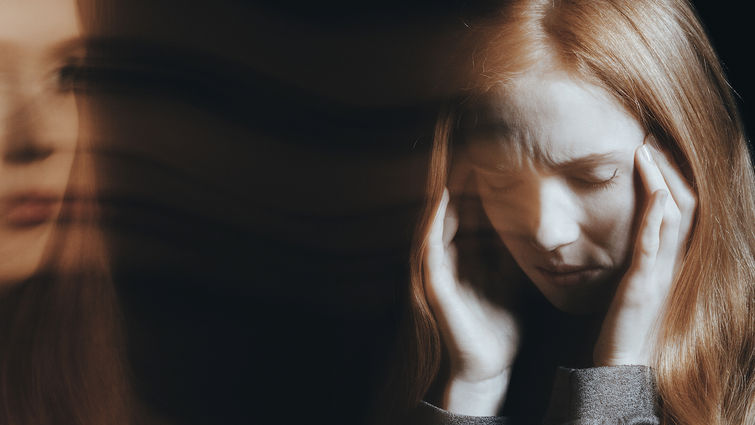 Post-Traumatic Stress Disorder — or PTSD — is usually discussed regarding men and women who serve in the military. The disorder refers to a condition that develops in individuals who have been exposed to a traumatic event or have undergone severe stress.

PTSD can affect anyone, and according to Melissa J. Pereau, MD, a medical director and psychiatrist at Loma Linda University Behavioral Medicine Center, it can develop when a person experiences a traumatizing event such as a car crash, domestic violence, military combat, sexual assault or other violent crime. PTSD can occur if a person has suffered from a traumatic event and is having trouble dealing with it. “While it is normal to have some anxiety after such an event, it often goes away in time,” Pereau says. “But with PTSD, the anxiety is more intense and keeps coming back.”

Women are twice as likely as men to experience PTSD, according to the World Health Organization. A woman’s chances of experiencing trauma are higher — 10% of women will experience PTSD versus 4% for men. “It’s tough to say there are sure symptoms of PTSD, since no two people will have the same experience,” Pereau says.

Women and men can experience PTSD in different ways. “We see that women are sometimes more sensitive to triggers that remind them of their trauma, and their symptoms may last longer,” she says. “The most common traumatic event that triggers PTSD in women is sexual assault, while in men it is most commonly related to combat.”

To be diagnosed with this condition, Pereau says a person must have these symptoms for at least one month following the traumatic event. “Symptoms often begin within three months of the trauma, but they can also start months or years later,” she says.

Talking about a trauma can be hard. But it can make a big difference.

Symptoms of PTSD are different from person-to-person, but they often fall into one of two groups:

Intrusive symptoms, which include re-experiencing the event through involuntary thoughts of the event, nightmares and flashbacks.

Treatment of PTSD is dependent on symptoms, age, general health and how severe the condition is. The main treatment for PTSD is counseling. “You’ll work with a trained therapist to learn new ways to cope with your experiences,” Pereau says.

Medicine may also be prescribed to help with anxiety, depression or sleep. Most people with PTSD have a combination of counseling and medicine for treatment. “Some people may think that asking for help is a sign of weakness, but taking action to make your life better takes a lot of courage,” Pereau says. “Talking about a trauma can be hard. But it can make a big difference.”

Pereau recommends first seeing a primary care physician to ensure there aren’t any additional medical issues adding to the problem. If you, or someone you know is struggling with immediate thoughts of suicide due to PTSD or other health problems, please make sure they know about the resources and after-hours phone numbers available 24/7, including the National Suicide Prevention Lifeline at 1-800-273-TALK (8255) and the Crisis Text Line at 741-741.

Visit the behavioral health services website and learn more about how Loma Linda University Behavioral Medicine Center can help. Request information on a diagnosis or treatment, or any behavioral health concerns, and one of our intake coordinators will contact you.