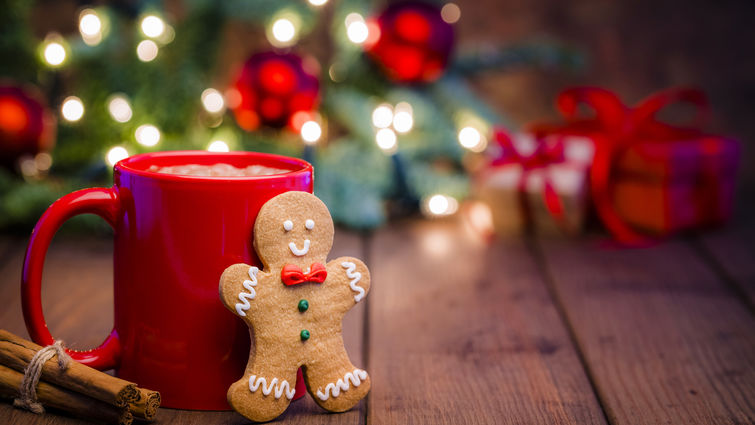 It’s the most wonderful time of the year, and you know what that means — baked goods, creamy soups, sweet beverages, and potlucks galore. The four weeks between Thanksgiving and Christmas bring the opportunity for quality time with loved ones and often overindulging in food. Cory Gheen, MS, RD, assistant professor of Nutrition and Dietetics and Chef at Loma Linda University Health School of Allied Health Professions offers these simple nutrition hacks to enjoy the holidays without sacrificing your waistline.

One of the most obvious steps we can take to be healthy during the holiday season is to eat in moderation, yet it can be the most difficult step because of the excess temptations to enjoy. Whether it’s an office potluck or a cookie exchange, Gheen says it’s OK to want to sample all the food — you just need to be mindful of how much you plate.

“If you want to sample a variety of food, serve yourself half as much as you normally would of each dish,” Gheen says. “By doing that, you’re watching your caloric intake and you’re more likely to eat the amount of food you normally would.”

Gheen says plate control is essential to maintaining your health during the holidays. He says a helpful trick can be to avoid filling your plate full so you can pace your intake around your appetite. He notes it’s also OK to not finish your plate.

“We know from menu psychology that if someone fills their plate they think they have to clean it,” Gheen says. “Your intention should be focusing on making sure you’re full without overextending. So take half as much and go back if you do want more.”

Be it that latte you purchased on your way to work, those candies you snacked on during lunch, or that delicious homemade squash soup you made — the winter season is abundant with foods that are full of excess sodium, sugar and calories. Gheen says the trick to avoiding overindulging is accounting for the unknown and swapping out where you can. Here are few swaps Gheen recommends:

Rethink culinary traditions and make the meal your own

The holidays are notorious for tradition. Gheen says people are used to eating from tradition instead of interest, and it’s not uncommon for families to cook the same meals year after year.

“I hear it all the time, so and so always made it this way so I have to do it the same,” Gheen says. “But that may not be  true. A part of making traditions is reconsidering old ones and updating. So I encourage families to consider why they make a meal a certain way and explore if there is an alternative that is just as acceptable and healthy.”

In that spirit, here are a few healthy hacks Gheen recommends to some of your favorite holiday dishes:

With the holiday season here, eating healthy can feel arduous. Gheen’s key takeaway? “The holidays are about being with family and enjoying festivities, so it’s OK to indulge a little. The key to enjoying it is being aware of not going too far, while taking advantage of every opportunity to build your meals in a healthy way.”