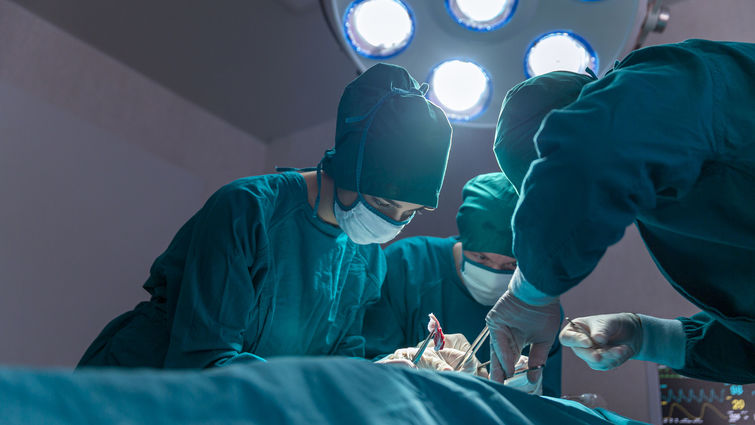 Every four minutes, someone in the U.S. dies of a stroke – which is an interruption of blood flow to the brain. Quick action to stop bleeding or clear a blockage is critical to preserving life and essential functions such as thinking, speaking, and moving.

When someone is having symptoms of a stroke (drooping face, arm weakness, speech difficulty), call 911 so that he or she can get to the hospital as fast as possible. Ideally, the hospital of choice should be a comprehensive stroke center with a full team of experts available to do the job of providing immediate care, 24 hours a day, 365 days a year.

At Loma Linda Univeristy Medical Center's Comprehensive Stroke Center, the experts on the stroke team include specialty trained neurosurgeons. Such neurosurgeons are experts who can use a variety of microsurgical techniques  to restore blood flow to the brain or control deadly brain pressure from a bleed, reducing stroke mortality and disability. As Loma Linda dual-trained neurosurgeon Promod Pillai, MD, explains, “The vast majority of strokes, about 87% according to the CDC, are ischemic strokes. This means that a clot is blocking blood flow to the brain. Time is brain. Rapid and effective revascularization of the blocked blood vessel is the mainstay of acute ischemic stroke treatment.”

Stroke therapies are rapidly evolving beyond the breakthrough treatment of intravenous r-tPA (recombinant tissue plasminogen activator), which continues as the first line treatment in most ischemic cases. When the case involves a bleed or large vessel blockage, an endovascular neurosurgeon or interventionalist is called on to address the emergency.

“As an endovascular neurosurgeon, I am able to use endovascular strategies to reopen arteries and salvage the ischemic brain. Newer tools like perfusion imaging allow us to optimize endovascular therapy in stroke patients with large vessel blockages. This allows us to extend the window of endovascular surgery for stroke treatment up to 24 hours from the onset of symptoms,” Pillai explains.

As a neurosurgeon, Pillai deals with a spectrum of stroke conditions, including subarachnoid hemorrhage and intracerebral bleed. Subarachnoid hemorrhage occurs in the space between the surface of the brain and skull, a common cause of which is a ruptured cerebral aneurysm. One critical aspect of treatment for aneurysmal bleed is to prevent additional strokes. This is accomplished by either microsurgical clipping or endovascular (neuro-interventional) treatment of the ruptured aneurysm. Neurointerventional procedures for cerebral aneurysms provide advantages of no incision made in the skull and dramatically shorten anesthesia time. With his dual training in both micro neurosurgical and endovascular techniques, Pillai is able to tailor and optimize the treatment best suited for the patient.

Not so typical for a neurosurgeon, Pillai also runs a Stroke/Aneurysm Support Group monthly to educate and encourage patients and families whose lives have been affected by a stroke.

“Many people who have had strokes have functional and social disabilities,” he says. “They may have issues when coming back for checkups in our clinic. To help these patients, I also host a Stroke Support Group that offers resources and a network of people who are going through similar issues. It’s rewarding for me to see my patients actively involved in the group and how they are improving and applying what they’ve learned.”

Loma Linda University Medical Center is the first and only hospital in the Inland Empire to achieve the Joint Commission certification of  Advanced Comprehensive Stroke Center. The first hospital in the Inland Empire to earn The Joint Commission’s Gold Seal of Approval® and the American Heart Association/American Stroke Association’s Heart-Check Mark for Advanced Certification for Comprehensive Stroke Centers.