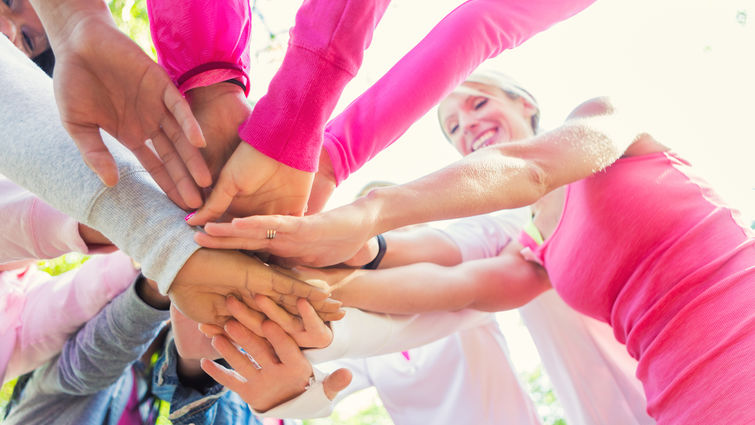 A healthy dose of skepticism can be good for your health when dealing with common cancer myths.

When it comes to cancer, a healthy dose of skepticism can be good for your health, especially when evaluating “miracle cancer cures” found on the internet.

In my work at the Loma Linda University Cancer Center, I treat a wide variety of female patients and help them come to terms with what is often a very frightening diagnosis.

One thing that can make the specter of cancer more challenging than it needs to be is the profusion of misleading information online, in social media and on television and radio.

Here are 10 cancer myths that I’ve encountered over the years that can be particularly misleading to women and sometimes downright dangerous:

A cancer diagnosis is an automatic death sentence. Actually, recent research findings have produced several new diagnostic and treatment options for cancer patients. As a result, five-year survival rates for some forms of cancer currently exceed 90 percent. Even when the most aggressive cancers — lung, breast, pancreatic, colorectal and ovarian — are factored in, the five-year survival rate is still around 66 percent, according to the Journal of the National Cancer Institute. That’s significantly better than a few years ago.

Sugar enhances the growth of cancer. We all know that eating too much sugar is bad for our health, but eliminating it altogether after receiving a cancer diagnosis is not good or necessary, nor will it directly impact the cancer growth. Sugar is a two-edged sword. While it is not a direct cause of cancer, excessive sugar consumption can lead to obesity, which has been linked to cancer. Moderation is the key. Most cancer patients can enjoy some sugar so long as they don’t overdo it.

Exposure to air during surgery makes cancer grow. There is no scientific evidence to support the idea that air exposure during surgery increases the spread of cancer cells. Cancer surgery is done cautiously by a trained professional to assure minimizing the risk of spreading non-metastatic cancer. Air exposure is not detrimental to a healthy recovery in any way.

Herbal products fight cancer. Despite all the stories alleging the cancer-fighting properties of “miracle” fruits, vegetables and sea creatures, women should never forego cancer screening and treatment just because they eat kale, do yoga or practice alternative medicine. Some of those things may be good for managing symptoms, such as relieving pain or anxiety, but they cannot cure cancer and should never be used as a substitute for treatment using evidence-based best practices. The idea that they can is a deadly deception, which has caused some women to wait too long to seek diagnosis and treatment. Also, some herbal products and supplements actually interfere with conventional cancer therapy. Notify your doctor if you are taking any of them.

If someone in my family has cancer, I will definitely get it, too. Genetic predisposition to cancer is a hot topic right now. While some studies have shown that some cancer syndromes are family related, the National Cancer Institute says they only account for 5 to 10 percent of all cancers. But most cancers are sporadic. Just because you have a family member with cancer does not mean you will get it. If you inherited the cancer gene, your odds of avoiding cancer can be greatly increased by frequent cancer screenings, and possibly, risk-reducing surgery. That’s why I prescribe genetic testing and counseling for women who have relatives with cancer and meet certain criteria for testing. Genetic counseling laws vary by state.

If no one in my family has cancer, I won’t get it either. The National Cancer Institute estimates that as many as 40 percent of all Americans will get some form of cancer during the course of their lives. Because of that, I recommend that every woman adhere to the recommended screening schedule for breast, cervical, colon and possibly other cancers. Screening frequency may vary from woman to woman. Many forms of cancer that can be treated successfully in the early stages can prove fatal if diagnosed too late. No woman should ever consider herself immune to cancer. Cancer screening is the only way to know for certain.

Cancer is contagious. Unlike the flu or common cold, most cancers are not spread person-to-person. However, there are two potential exceptions to the rule. First, people who receive an organ or tissue donation from an infected donor may be at a slightly increased risk, although the risk is greatly reduced by stringent screening procedures designed to prevent people with cancer from donating organs. Second, although certain viruses and bacteria that have been associated with cancer — such as the human papillomavirus (HPV) or H. pylori — can be passed from person to person, the cancers sometimes associated with them cannot be directly transmitted to others.

Artificial sweeteners cause cancer. While early studies showed that cyclamate, when used in combination with saccharine, caused bladder cancer in laboratory animals, subsequent tests failed to demonstrate a similar result in humans. Similarly, recent U.S. Food and Drug Administration studies of other artificial sweeteners have also found no evidence that they cause cancer. In the long run, they may actually be good for humans. They’re sweeter than sugar, so we use less, but they don’t promote obesity.

Hair dyes cause cancer. Although some ingredients commonly used in commercial hair dyes in the 1970s were linked to cancer, the harmful elements have been removed so that for most women, the occasional use of hair dyes is not dangerous. However, there is one caveat to that rule: hairdressers, who use a variety of dyes, straighteners and other powerful chemicals in their work on a daily basis may be at increased risk of bladder cancer, according to some findings.

Attitude determines whether you will get cancer or not. Studies have found that people with a positive attitude do not fare any better at beating cancer than people with a negative outlook. A positive attitude can help us make more friends and enjoy life more than a sour disposition, but it does nothing to prevent or defeat cancer.

Two tips for staying healthy. While nothing can completely inoculate anyone against cancer, there are two things that can increase the odds of staying healthy and cancer-free.

The first is to drink water instead of sugary drinks. Pure water, as opposed to soft drinks and other beverages, helps to decrease dehydration and thus the acidity of the body. It can also help manage excess calories and decrease the risk of obesity. We know that  a number of cancers are associated with obesity.

The second is to get vaccinated. Many vaccines target cancers of the cervix, vagina and vulva. Since some of those cancers can be caused by the human papilloma virus, I strongly recommend that girls and young women between the ages of 9 and 26 get the HPV vaccine, which has been shown to protect against cancer. Other vaccinations are available for older women.

Additional information about cancer is available online from the National Cancer Institute and the Loma Linda University Cancer Center.