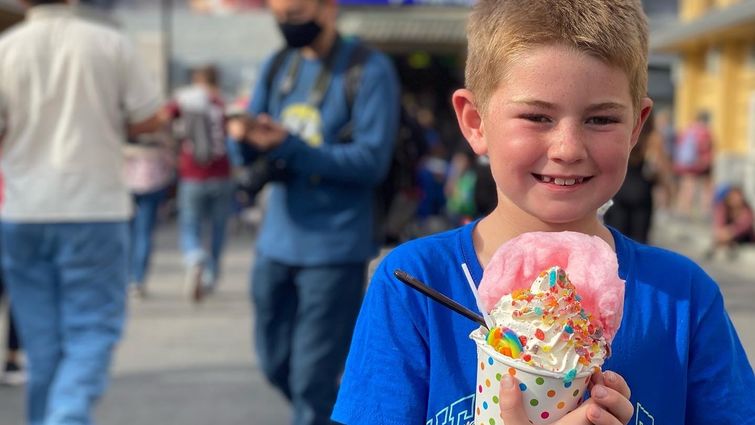 When the cupcake is half across your child’s face and half inside them, then it’s fully to blame for their bouncing-off-the-walls behavior, right? Wrong. While the belief that sugar causes hyperactivity in children is widespread and perpetuated by the children themselves, it’s a myth, according to Sabiha Kanchwala, MD, general pediatrics specialist at Loma Linda University Children’s Hospital.

The popularized Feingold diet, which eliminated food additives, brought sugar under close scrutiny I n the 1970s. But some years later in the 1980s, the Feingold diet came under the same scrutiny, and multiple contradicting studies were established. The findings concluded sugar has no influence on children’s behavior.

Kanchwala says a large part of this myth comes from the power of our own minds. If we go into a situation expecting a certain outcome, we will likely see that outcome. It’s a placebo effect.

“Even children know the power of their brains. They say, ‘I ate all this candy, I’m never going to go to sleep!’” Kanchwala says. “We know sugar in and of itself is not what’s making your child hyper, but there are a variety of other things leading to their excessive activity.”

Most often, hyperactivity in children results from poor sleep. Kanchwala recommends following careful sleep hygiene to ensure your child sleeps enough. Turn off electronics well before bedtime, create a sleep conducive environment, follow a bedtime routine (including time), and make sure your child gets anywhere from 10-12 hours a night for school-aged children, and 8-10 hours a night for teenagers. Getting enough exercise during the day also helps children sleep.

“Adults are more tired and somnolent throughout the day when they’re not getting good sleep; kids can be really hyper,” Kanchwala says. “One of the biggest factors for patient’s hyperactivity is lack of sleep.”

A chronic condition can also cause hyper behavior, such as attention deficit hyperactivity disorder (ADHD). Kanchwala says these kids’ behavior can look like hyperactivity when it’s not. If you believe your child struggles with a such a condition, speak to your pediatrician about an evaluation right away, particularly for school-aged children.

Other factors include stress, trauma, or caffeine. Some candies, such as chocolate, contain caffeine and create a supposed ‘sugar rush.’ Caffeine can prevent drowsiness, cause restlessness, increase heart rate, and cause other side effects. It’s possible your child’s behavior matches up with caffeine intake.

Sugar itself may not make your child hyper, but it does affect your child’s health and future. Kanchwala says processed sugar intake leads to obesity in childhood. This major health problem results in both childhood and adulthood health issues such as high blood pressure, diabetes, liver disease, and even mental health conditions.

“Unfortunately, foods readily available are going to have added sugars that make it taste better and last longer,” Kanchwala says. “Parents should be mindful of the foods children eat that contain this processed sugar.”

The more unprocessed the diet, the healthier for the child, says Kanchwala. She recommends avoiding juice and other sugary snacks such as fruit gummies and replacing them with foods containing naturally occurring sugars. For example, replace apple juice with an apple.

Kanchwala also warns parents against offering sugary treats as incentive for good behavior. This can set a precedent disordered eating and even eating disorders. Kanchwala says to use stickers or a fun activity as positive reinforcement in place of food.

“We still want children to be children and allowed to have these kinds of treats and foods occasionally, but not regularly,” Kanchwala says.

Consult your pediatrician or family physician about your child’s sugar intake and hyperactivity. Make an appointment online.