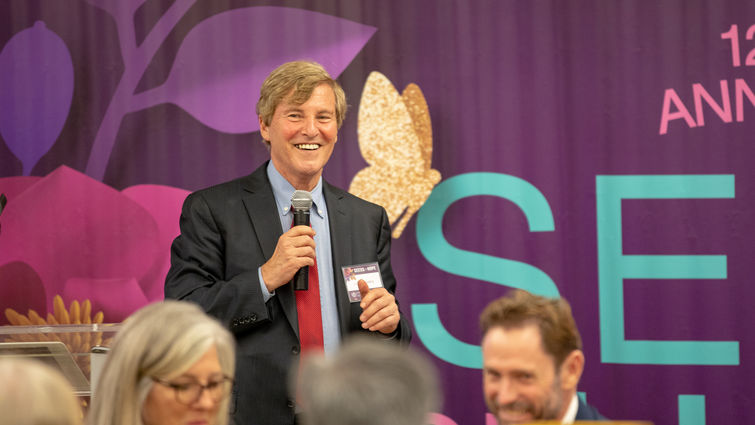 Leigh Steinberg, the sports super-agent and inspiration for the Oscar-winning film Jerry Maguire, shared his own battle and recovery from alcohol addiction while praising mental health providers and supporters last evening at a benefit for Loma Linda University Behavioral Medicine Center.

Steinberg, who represents numerous high-profile athletes in multiple sports, became addicted to alcohol after a series of tragedies in his personal life. Friends later supported him through a 12-step program that helped him overcome his dependency, he told the audience.

“No life is hopeless. There is redemption, and a place like this can help you get through,” Steinberg told attendees while hosting the 12th annual Seeds of Hope event. The yearly benefit drew approximately 200 attendees to Centennial Complex on the campus of Loma Linda University Health.

Supporters gather each year to share stories of patients who have successfully completed a recovery program, highlight the work of providers who care for patients along their journey, and raise funds to help patients in need.

“Addiction can hit anyone,” Steinberg said. “It’s not something I had throughout my whole life, but it caught up in a great hurry.” His battle with alcohol began after his two sons were diagnosed with retinitis pigmentosa that led to blindness, his father died from cancer, his home was damaged, and major problems developed in his marriage. “I wasn’t in denial — I just didn’t know it [addiction] was happening,” he said.

With support from his friends, Steinberg made sobriety his top priority, and he now supports programs that help others reach the same goal.

Seeds of Hope organizers say alcohol is a far-reaching problem throughout the country, with up to 40% of all hospital beds in the United States used to treat conditions related to alcohol consumption.

Edward Field, MBA, vice president and administrator of the Behavioral Medicine Center, highlighted the need for expanded mental health services in the Inland Empire. “We recognize the nationwide need for expansion of substance use recovery programs and the vast financial burden to the health care system, patient and families,” he said.

The Behavioral Medicine Center has provided support to those living with mental illness for more than a quarter of a century. Field shared statistics about the current needs for substance use program support:

“Although these statistics are shocking, we are committed to doing our part by offering the full continuum of care through the whole person care approach,” Field said.

Michael Walsh, a past patient of the substance use and recovery program, received the 2019 Behavioral Health Champion Award. This year, Walsh will celebrate 35 years of sobriety and recovery. Over the years, Walsh has contributed his time and financial support to the Substance Use Recovery & Wellness program, becoming the first donor and advocate for patient scholarships at the BMC. Walsh shared the impact his addiction had on his family until he found the BMC. “After graduating from the BMC program, it was a new beginning,” he said.

The success stories of two former patients demonstrated the benefits of the whole person care approach the BMC offers.

Wilson Wun received treatment through the Behavioral Medicine Center’s Partial Hospitalization Program, which played a key role in his recovery.

“I started drinking at age 13,” Wun said. “I loved alcohol more than my job, my friends, my family — everything. It spent 38 years of my life drinking. Because of the care at the BMC, I’ll spend the rest of my life being clean for myself and my family.”

A video of Wun’s journey can be viewed here.

Bella Navarro, a pediatric patient, also shared her story and what led her to experiment with substance abuse.

“I started drinking and using drugs because I felt so alone, and I didn’t want to feel that way — or feel anything — anymore,” Perez said. “The program at BMC brought me closer to my family, since they were part of the treatment. I’m very serious when I say it gave me a second chance.”

Before the event ended, Steinberg kicked off the call for donations by shouting, “Show me the money,” the classic line from the 1996 film starring Tom Cruise as the Steinberg-inspired character.

For more information on the Seeds of Hope event — or ways you can contribute to the cause — email Kemi Adeoye in the Office of Philanthropy at oladeoye@llu.edu, or call (909) 558-3585. 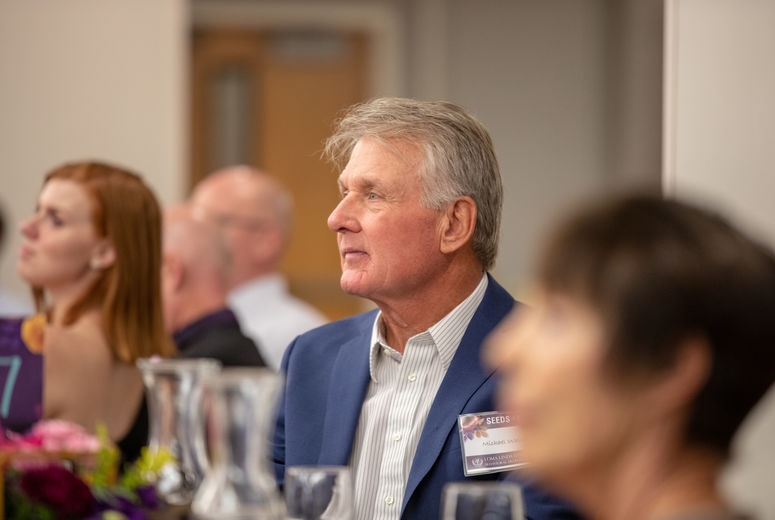 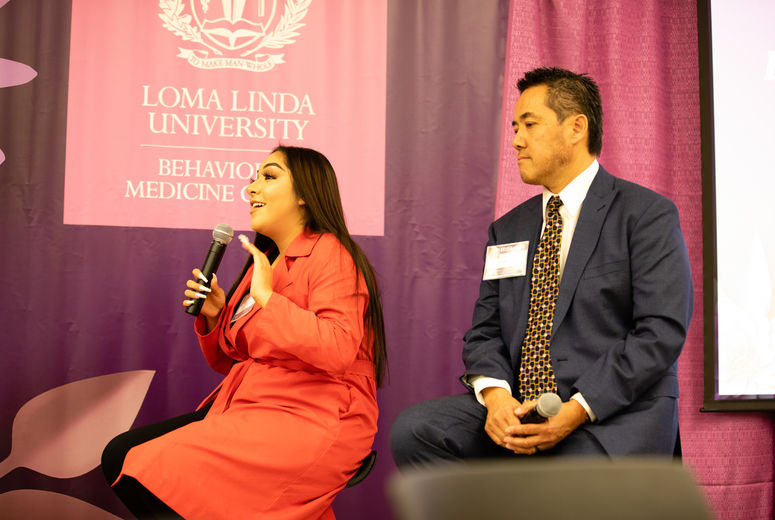 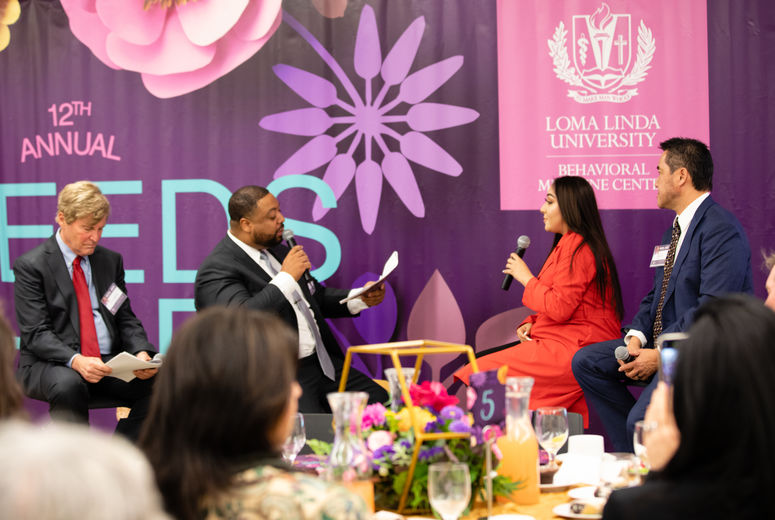 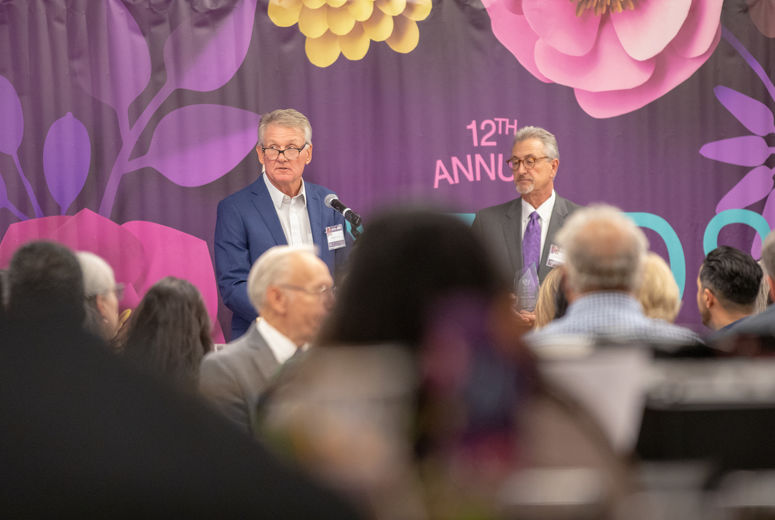 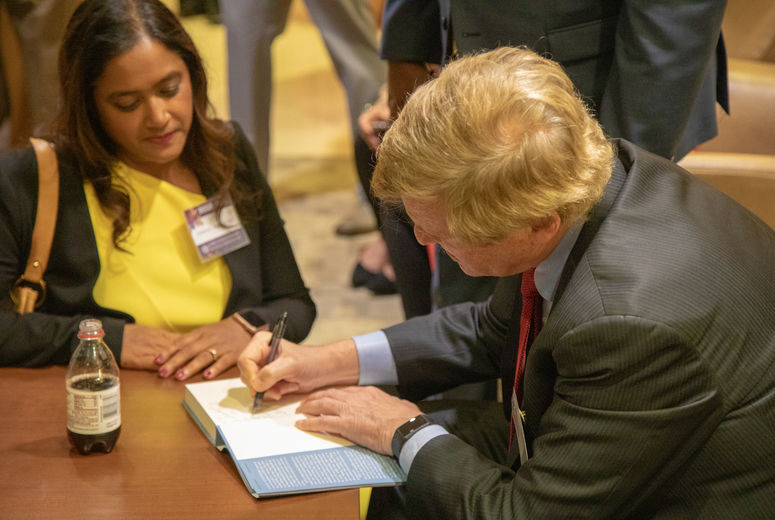 Leigh Steinberg signing copies of his book for attendees.