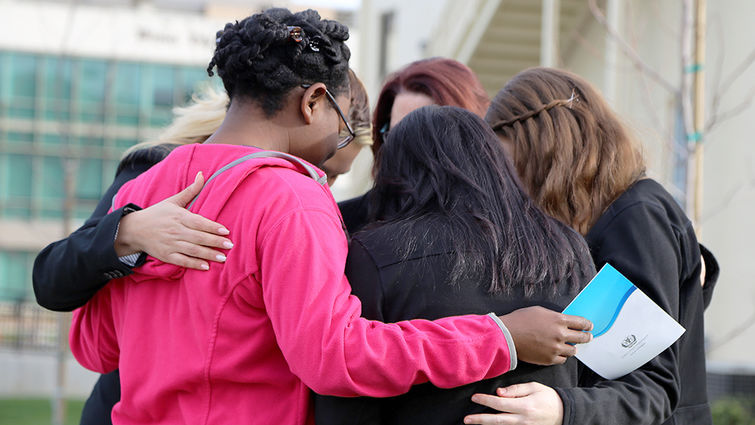 Alumni, students and faculty found fellowship and cameraderie in prayer.

Attendees prayed for everything from personal wholeness, gratitude and forgiveness to students, faculty, alumni and the organization’s global impact.

Guests were greeted at 7 a.m. in front of the Mission Globe by volunteers of the School of Religion, who handed out a brochure outlining the purpose of the event and drawing attention to six prayer stations — picnic tables covered with black tablecloths. Each station offered an activity focused on its unique purpose.

Leo Ranzolin, ThD, associate dean at the School of Religion, thanked participants for coming and then dispersed the guests to visit all six stations.

The first station focused on thankfulness and praise. With scriptural encouragement from Psalm 106:1, guests were invited to give thanks to God for his goodness and to write a message of thankfulness on a poster at the table. The second station related to the theme of forgiveness and intercession and featured pens and slips of paper for participants to write the names of people they wanted to forgive.

The second station, which was called Forgiveness and Intercession, was equipped with pens and little blue slips of paper for participants to write the names of individuals they would like to forgive. "Pray that you can extend God's grace and forgiveness to them," the brochure instructed.

The third station contained small globes and featured the theme of community. The brochure instructed participants to think of themselves in terms of the local community that surrounds Loma Linda University Health as well as its worldwide impact. Guests were invited to hold the globe in their hands as they prayed for God’s blessing on the communities the organization serves.

The fourth station featured groups of eight black stones on white sheets of paper. The stones represent the eight schools of Loma Linda University Health. Participants were invited to reflect on the people impacted by each school as they held the stones in their hands, asking God to guide and bless.

The fifth station drew attention to the thousands of alumni and students and instructed guests to pray for all those who have attended school here in the past as well as current students, that they would find and follow God’s will. Guests tore off small pieces of green clay, molding each one into a figure of their own choosing, reflecting on God’s work in molding the lives of current and former students.

The sixth and final station asked participants to pray for each individual working at Loma Linda University Health. Participants held photos of the schools and hospitals that comprise the organization and asked God to guide the people who work there in doing their jobs with excellence and zeal to impact lives.

As guests finished making their rounds, there was one more station to visit — breakfast.

The event also attracted avian attendee. A colorful mallard duck stood in the shallow pool of water at the Mission Globe base and surveyed the scene for most the event, much to the delite of participants.

As the event came to an end, one guest shared that he had been impressed of his need to forgive a family member for quite some time. "I'm glad I was here today," he said. A woman standing nearby said she enjoyed the opportunity to meet with other believers at the start of a busy day to reflect on the spiritual emphasis she always enjoyed at her alma mater. 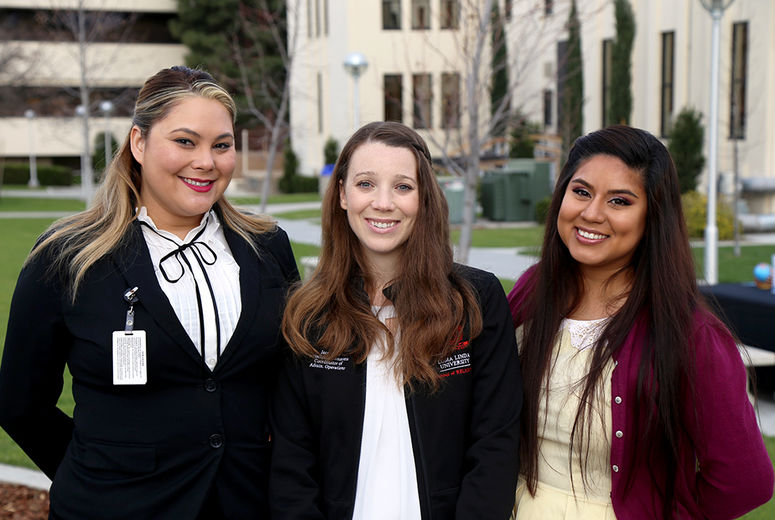 Representatives of the School of Religion welcome guests to the Prayer Walk. 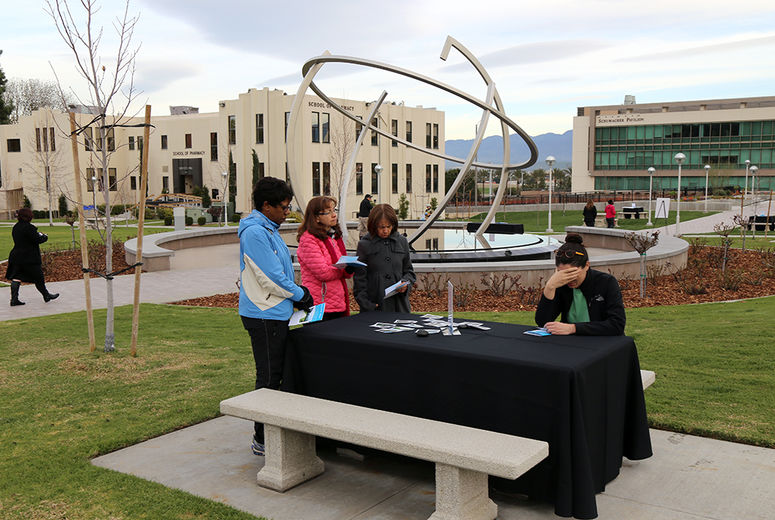 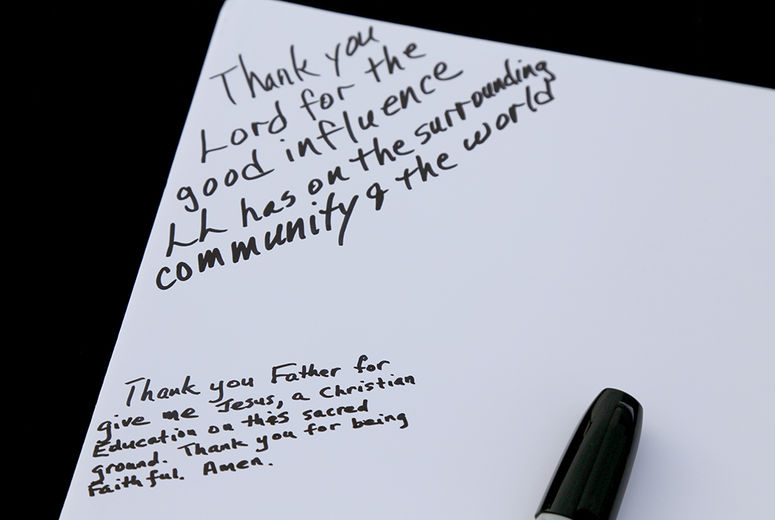 Participants left notes of gratitude on a large poster at the first prayer station. 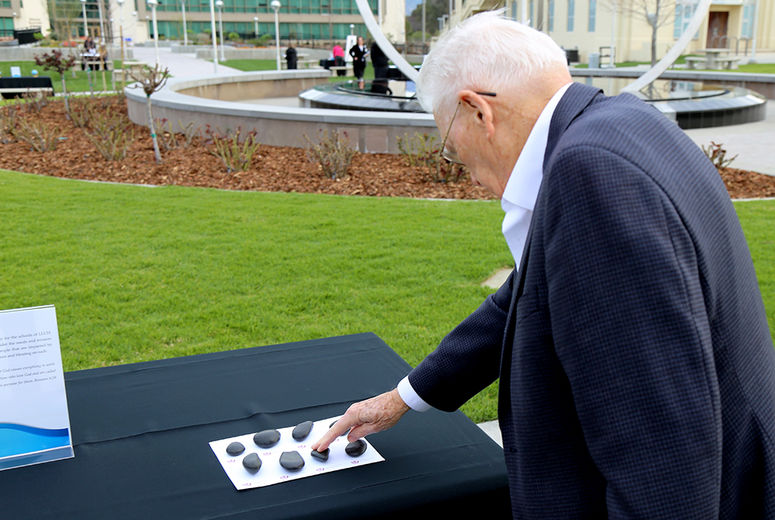 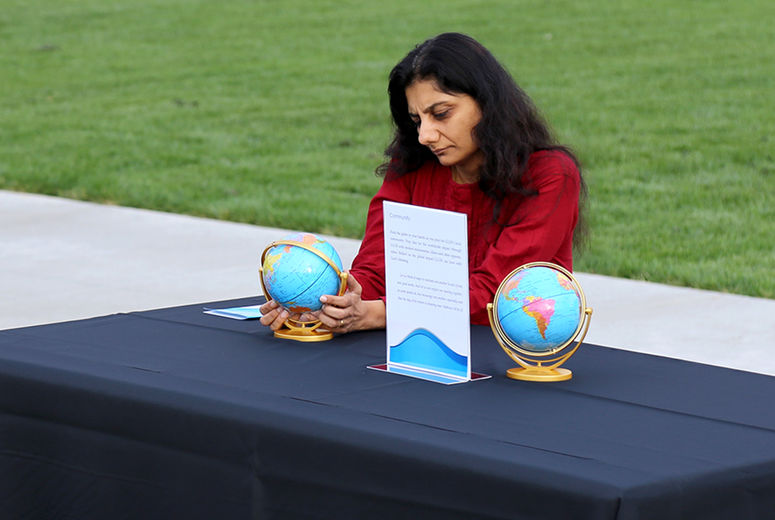 Hands cradling the globe, Sheetal Manchandia asks God to bless the world during a stop at the third station of the Prayer Walk. 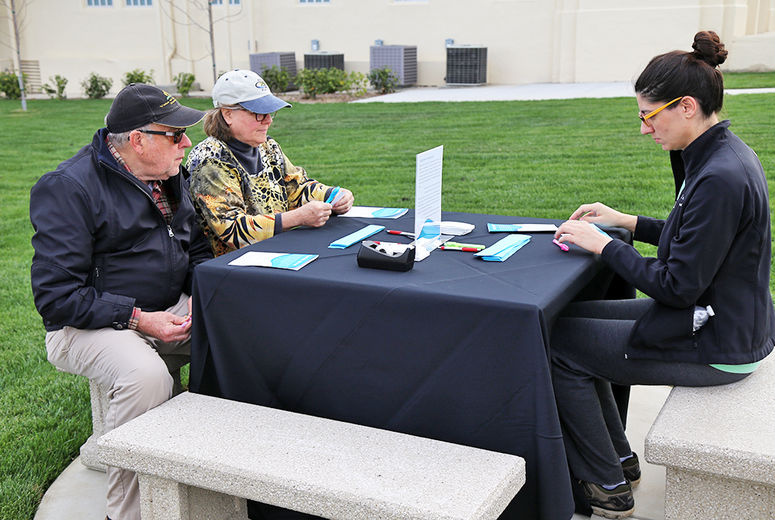 At the Forgiveness and Intercession station, participants write the names of people they wish to forgive on slips of blue paper. 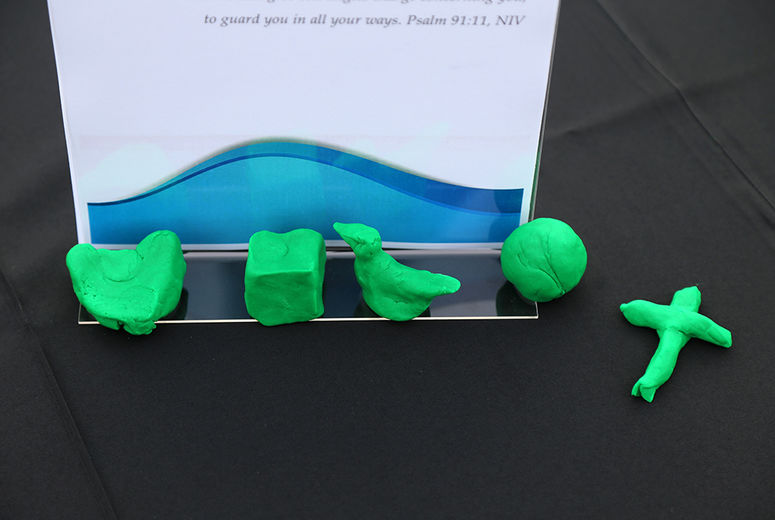 Clay figurines commemorate God's work in molding the lives of alumni and students. 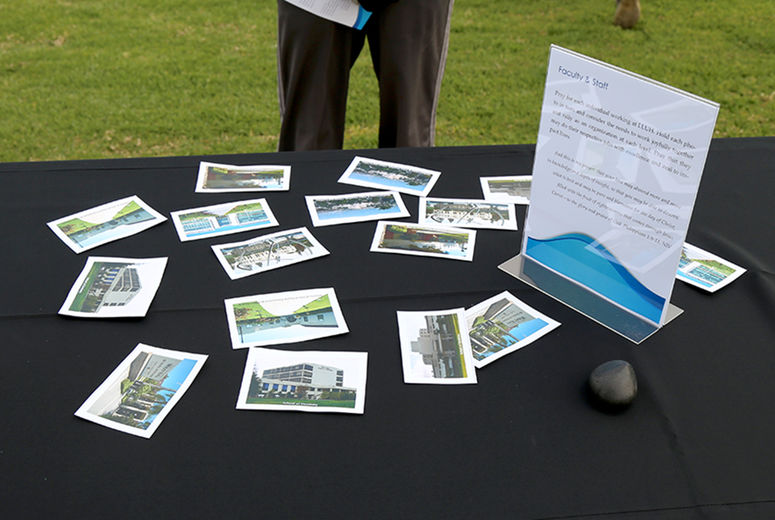 Photographs of the hospitals and schools of Loma Linda University Health remind guests to pray for everyone who works at the organization. 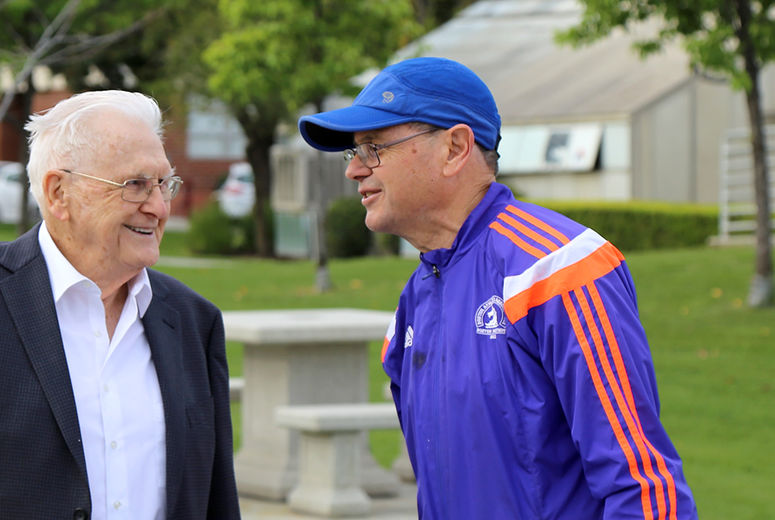 Bernard Brandstater and Warren Johns enjoying a moment of fellowship. 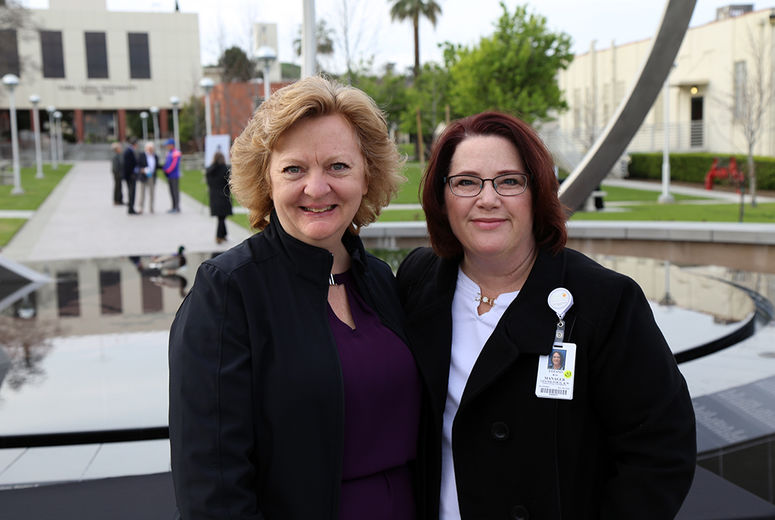 Janya Mekelburg and Kris Lozano relaxing at the end of the Prayer Walk. 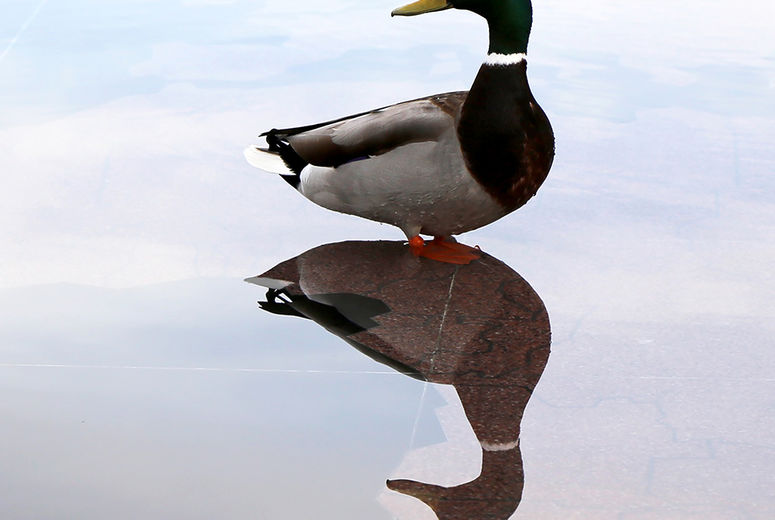 Moments before flying away, Mr. Mallard reflects on the activities of the morning as the Prayer Walk drew to a close.