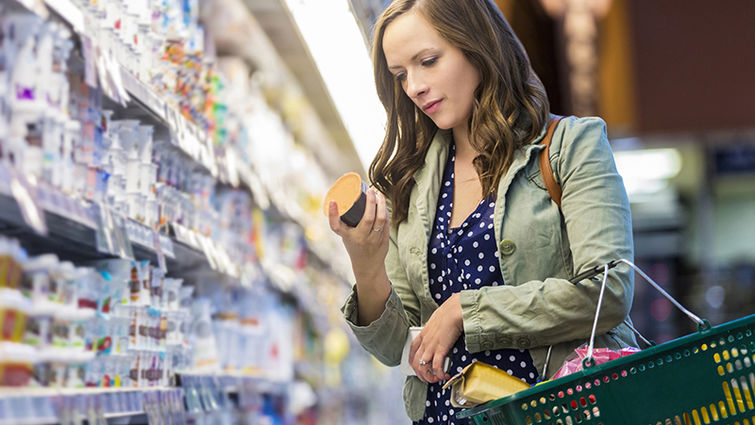 Lifestyle change is the most effective method for preventing prediabetes from developing into type 2 diabetes mellitus.

A Loma Linda University Health program is helping patients diagnosed with prediabetes use lifestyle change to prevent the condition from developing into the more harmful type 2 diabetes mellitus.

The diabetes prevention program introduces patients to lifestyle changes designed to help them lose weight, reduce blood glucose levels and control triglycerides and cholesterol in a regimen approved by the Centers for Disease Control.

In the program, health facilitators from two Loma Linda University Health entities — the Office of Preventive Care, affiliated with the School of Public Health, and the Diabetes Treatment Center, sponsored by the Medical Center — assist patients in exploring nutritional and exercise options and even new ways of thinking that have proven helpful in slowing or even arresting the progress of prediabetes.

“Renewed health is possible every day by improving the way we move, eat, think and believe,” said Brenda Rea, MD, DrPH, MPT, RD, a preventive medicine specialist and physician lead for the diabetes prevention program. “At Loma Linda University Health, our emphasis on lifestyle and prevention motivated us to move forward with the program.”

Rea says evidence from a 2002 NIH study published in the New England Journal of Medicine suggested lifestyle change can delay or prevent the progression of prediabetes to diabetes.

Since then, other studies have confirmed the results of the NIH study, and in 2015, the American Medical Association published a two-page consumer article titled, “What is the evidence for the prevention of diabetes through lifestyle change interventions?” The article summarized the NIH study and eight subsequent studies, conducted between 2008 and 2014, which yielded similar findings.

Rea said she is grateful to the American Medical Association for providing invaluable support, including paying for the facilitators to be trained.

Rea said she considers prediabetes a serious public health concern. More than 1 out of 3 Americans has prediabetes, and of the 86 million who do, nine out of 10 don’t know they have it, she said.

The situation is worse in California, where more than half the adult population is estimated to have prediabetes or diabetes (either diagnosed or undiagnosed), according to a March 2016 study by the National Center for Biotechnology Information.

Rea said she saw the numbers as a call to action. In October, she and her colleagues worked to establish the program by drafting plans and mobilizing a task force. They secured funding four months later and applied to the Centers for Disease Control in March to establish a diabetes prevention program here. The first class was held April 26.

The recognition period, which lasts 24 months, is divided into two stages. Twelve months after the start of the application approval, the DPP team will submit their first data set to the CDC for approval. At 24 months, they will submit the second set. If the program meets the requirements, it will become one of the first in the Inland Empire to gain official recognition as a CDC provider. That, of course, would open the door for Medicare and Medicaid reimbursement.

To identify and recruit participants, members of the DPP team contacted four clinical departments — Family Medicine, General Medicine, the Center for Health Promotion, and Medicine Pediatrics — and asked them to provide names and contact information of patients who met the clinical definition of prediabetes and might be interested in testing lifestyle change as a means of delaying or preventing diabetes.

In order to qualify, patients were required to be at least 18 years of age, have a hemoglobin A1c level of between 5.7 and 6.4 percent, and be considered overweight or obese with a body mass index greater than 25.

As the care management team in primary care called the identified employees, they explained that the program takes 12 months to complete, that there are 20 classes in the first six months (phase 1), and nine in the second six months (phase 2). “It definitely requires a commitment,” Rea said.

They also discussed financial incentives such as a $25 cash reward for patients who achieve 5 percent weight loss in phase 1 and another $25 reward for maintaining or improving the weight lost in phase 2. They also told them that attending 15 out of 20 classes during phase 1 enters them in a drawing to win $250, and attending 7 out of 9 phase 2 classes enters them in a second drawing to win the same amount.

Classes are held at the Drayson Center. Ernie Medina, DrPh, CHFS, associate professor at the School of Public Health, and Julie Pimentel, BSN, RN, diabetes educator at the Diabetes Treatment Center, are the program facilitators. The classes are held under the supervision of Holly Craig-Buckholtz, MBA, BSN, RN, manager of the Diabetes Treatment Center, and Kevin Codorniz, MD, medical director and chief of endocrinology, diabetes and metabolism.

Rea said the program is made possible by staff members from the Diabetes Treatment Center, the Diabetes Advisory Committee, Drayson Center and Helen Hopp Marshak, PhD, dean of the School of Public Health, for supporting Medina and several students to assist with the program. “This represents the first time we have pulled School of Public Health, DrPH Preventive Care faculty and students into clinical preventive care,” she said.

While Rea acknowledges that there may be thousands of employees who fit the clinical definition of prediabetes, she says the program cannot currently accommodate all who may wish to enroll. She hopes to be able to make the classes available to a larger group, including members of the public, in 24 months.