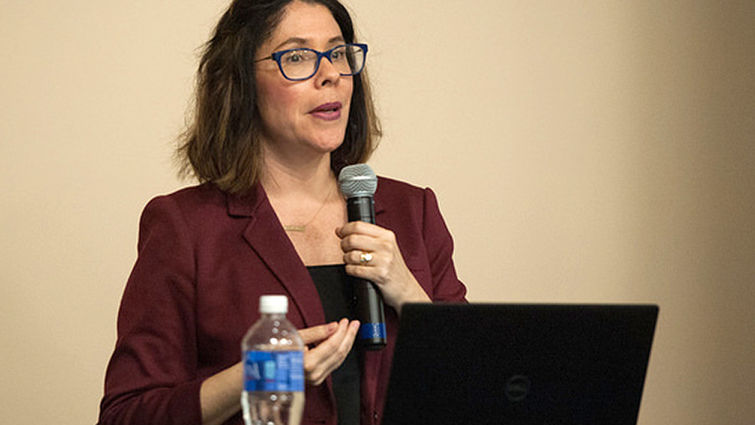 Older adults often have trouble even recognizing they suffer from a mental or emotional issue. Because of the significant cultural emphasis on young people, older members of society often develop misconceptions about their place in society, leading some to develop depression.​

“In the 1960’s we raised our voices against racism, sexism, and to end war,” said Carolina Osorio, MD, a geriatric psychiatrist at the Loma Linda Behavioral Health Institute, during a presentation at the 2017 Loma Linda University Health Women’s Health Conference earlier this year. “Today as we reach our 60’s, we need to raise our voices again, this time to end ageism.”​

Osorio points to a 1998 study that shows that physical fitness is the key to successful aging.​

“The more you move, the healthier you are,” Osorio said. “Physical health keeps you mentally healthy.”​

People who exercise are more likely to have opportunities to socialize during and after working out, Osorio said. And exercise stimulates a person’s mind at the same time.​

“Even as a person ages, cells can still form new connections in the brain,” Osorio said. “This keeps your mind active.”​

Most people believe that aging leads to loneliness. In fact, Osorio said that older people tend to be more social. Multiple family generations help older people to be less isolated.​

“There’s a 75-year study at Harvard University that shows good relationships equal happier and healthier aging,” Osorio said.  “And you don’t need a hundred friends. One good friend is enough.”

Loneliness is not normal, according to Osorio. Having people around you that love and support you helps your nervous system to relax, lessening emotional and physical pain. Research also shows that if a person is lonely, physical health tends to decline earlier.

Do aging and depression go hand in hand?

Osorio said that older adults actually are very resilient, and are up to the challenges of aging. Depression is not a normal part of aging.

Acknowledging that up to 20 percent of older adults will develop depression, Osorio said it’s important that society breaks the stigma that surrounds a diagnosis of depression.

“If a friend or family member displays any of these symptoms, encourage them to seek medical help,” Osorio said. Signs a person might be depressed include:

Osorio cautions people approaching retirement age to develop a plan for their future.  Retiring with nothing to do can lead to depression.

“Don’t retire with nothing to do but watch television,” Osorio said. “You need to fill your time with something that gives meaning to your life. Without that you can develop mental illness.”

Demographics point to a “silver tsunami” by the year 2050. By then, the portion of the population age 65 and up will be larger than the portion age 15 and younger for the first time.

“Each of us needs to accept the challenge to stop the way popular culture looks a getting older,” Osorio concluded.