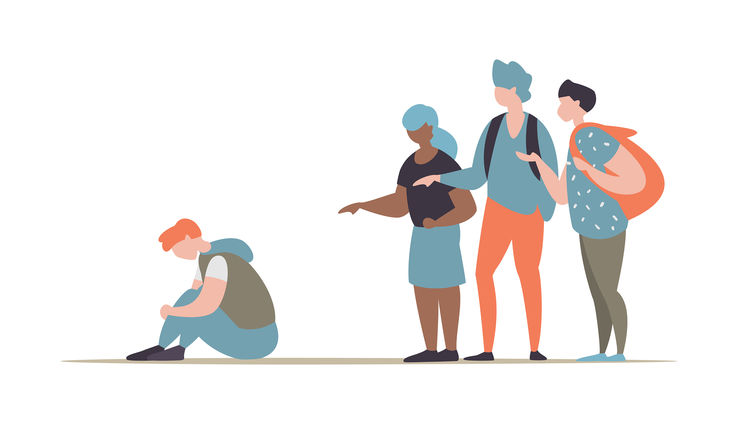 Bullying has gained national attention in recent years due to the prevalence and impact on children and teenagers. As a result, prevention programs all over the country have taken a stand against the issue and worked to protect those impacted by physical, verbal, social and cyberbullying. While there are many identified types of bullying, the behavior of weight-shaming has often been left out of the conversation.

Weight-shaming can lead to negative health outcomes, including the development of an eating disorder. Many who struggle from an eating disorder cite bullying as an initial trigger for their eating disorder, and weight shaming has been missing from many bullying discussions, according to the National Eating Disorder Association.

Melissa J. Pereau, MD, a medical director and psychiatrist at Loma Linda University Behavioral Medicine Center, says it’s imperative to teach our children — and at times our peers — that neither bullying or weight-shaming are acceptable.

Cultural idealization of thinness carries the best-known impact on the likelihood of developing of an eating disorder. Research shows that by the age of six, girls start to express concerns about their own weight or shape. Of elementary school-aged girls in the United States, 40-60% are worried about their weight, according to the National Eating Disorder Association.

“We see a lot of statistics about girls and women with eating disorders. The truth is this: anyone can be affected by an eating disorder — any gender, race or socioeconomic background,” Pereau says.

“Teasing someone for their weight is never acceptable. If people knew the long-term impact bullying has, I hope they would think twice about their words,” Pereau says. “Even in families or cultures who might ‘lovingly’ tease a family member for being overweight, there can be underlying harm. Finding ways to support each other in healthy choices can lead to better outcomes.”

When someone is bullied or shamed because of their weight, they can delve into unhealthy behaviors such as binge eating, weight gain or weight control measures that take things to the extreme. Weight-based bullying in youth has also been linked to lower levels of physical activity and a negative attitude about sports.

Pereau recommends eliminating any self-talk that puts down your body. “If you allow critical and unkind thinking internally, it’s more likely you’ll accept it from others,” she says. “Speak and think about yourself in a positive light.”

Pereau also says it’s OK to call it out when you feel offended by a comment. “While it should be obvious that those comments are upsetting, people won’t always know you’re hurt until you say something,” she says.

If you see a friend or family member being shamed for their weight, Pereau says you shouldn’t be afraid to stand up for them. “When you make a choice to speak up against weight-shaming when you hear it, you’ll be more likely to challenge it whenever it happens.”

Know the signs of an eating disorder. By learning to understand and respond to the signs, you can help the people in your life who may be struggling with disorders like Orthorexia, Anorexia, or Bulimia. If you or someone you care about is suffering from a mental illness, visit our eating disorder programs page and learn more about how Loma Linda University Behavioral Medicine Center can help.

Request information on any behavioral health concerns and one of our intake coordinators will contact you. If you or someone you know is in crisis now, seek help immediately.