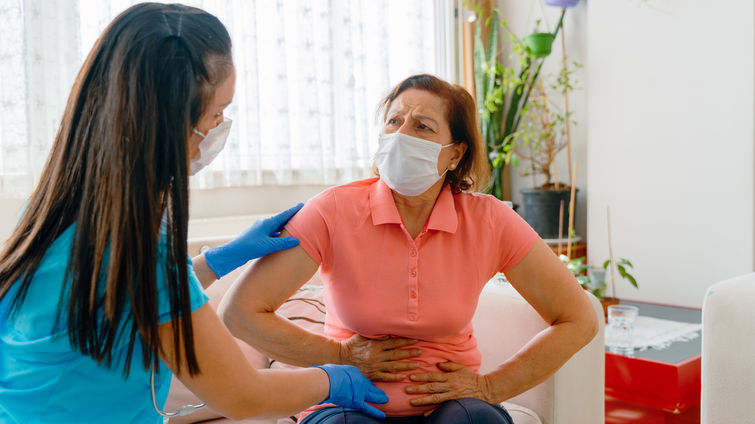 Physicians across the U.S. will have diagnosed 60,000 new cases of pancreatic cancer and over 25,000 new cases of stomach cancer by this year’s end, according to the American Cancer Society.

While these two cancers are not among the most commonly diagnosed in the nation, patients tend to present at advanced stages, says Michael P. O’Leary, MD, a surgical oncologist at Loma Linda University Cancer Center.

This Pancreatic and Stomach Cancer Awareness Month, O’Leary breaks down the main aspects of these two different cancers to consider as you protect your health.

He says there are different reasons why patients usually present with stomach or pancreatic cancer at later stages. For one, there are unfortunately no screening guidelines or recommendations for either stomach or pancreatic cancers in the U.S. because of their low incidence. Additionally, he says any initial symptoms tend to be non-existent or vague, with more intense signs only appearing at an advanced stage.

“They’re difficult cancers to detect in that they don’t necessarily present as something you can see or feel,” O’Leary says.

For these reasons, becoming aware of risk factors and symptoms for stomach and pancreatic cancer can help you take a proactive approach to care regarding prevention and early detection.

Be aware of the symptoms

O'Leary says that pancreatic cancer also has a set of symptoms, with three “alert” or worrisome symptoms. If you have any of these symptoms, O’Leary recommends seeing a doctor for a formal evaluation of your symptoms.

Below, O'Leary lists top risk factors for stomach cancer that are either modifiable or that you can be vigilant of for possible early detection:

The same spirit applies to this set of top risk factors for pancreatic cancer, O’Leary says:

The best overall way to avoid developing the cancers or the late stages of the cancers is to stay in tune with your body, O’Leary says. If you encounter any symptoms listed above, even if vague, that raise suspicions or that you have questions about, he says it’s a good idea to contact your primary care provider.

“Early detection increases the possibility of surgically removing the cancer, which leads to a higher likelihood of curing the disease,” O’Leary says.

Though people diagnosed with stomach or pancreatic cancer tend to discover their cancer when it is already at an advanced stage, O’Leary says treatments for both these tumors have greatly improved over the years.

The advent and continued development of targeted therapies and immunotherapy are opening doors for physicians and patients, O'Leary says. Scientists are identifying genetic mutations specific to each tumor and targeted therapies can then be used to coax some of those cancers to weaken and shrink. In doing so, some patients can get their tumors resected that were initially deemed unfit for surgical removal.

“The ultimate goal is to cure patients of these cancers,” O’Leary says. “I remain optimistic that we are getting closer to that possibility, even in the more advanced stages, and that’s what keeps me going and dreaming of a brighter future for these patients.”

Loma Linda University Health is committed to your health and safety. To learn more about gastrointestinal cancer care, visit https://lluh.org/cancer-center/cancer-programs/gastrointestinal-cancer-care. Schedule a telehealth visit or in-person appointment through MyChart or call 800-782-2623.