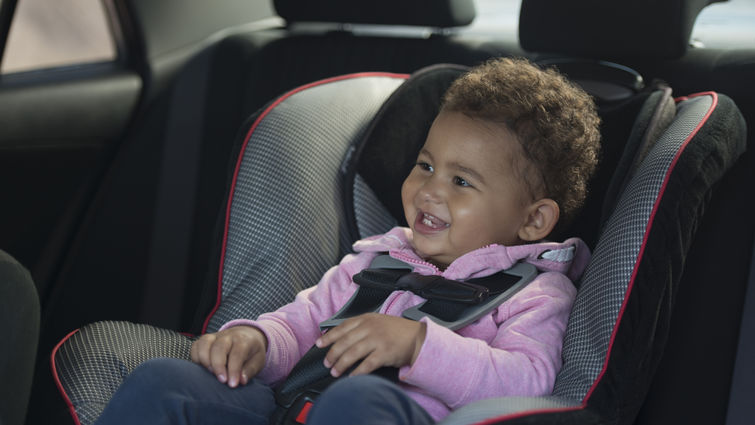 On average, a child dies every 10 days from heatstroke after being left in a car, according to Safe Kids Worldwide. While it might seem tempting to let your sleeping baby or child stay in the car for a few minutes while you run a quick errand — this seemingly harmless action can lead to serious injury or death from heat-related illnesses.

Alexandra Clark, MD, division chief of general pediatrics at Loma Linda University Children’s Health, warns parents that there is no safe temperature and no safe amount of time to leave your child unattended in a vehicle.

“Internal temperatures of cars are much higher than ambient air temperatures, and as temperatures quickly rise, cracking a window doesn’t help,” Clark says. “Children buckled into car seats cannot release themselves, exit the car or call for help.”

Safe Kids Worldwide lists young children at the highest risk for heat illnesses because their bodies heat up three to five times faster than an average adult’s.

According to the National Safety Council, forgetting a child in a vehicle is a primary catalyst resulting in deaths of children in hot cars. Clark encourages parents and caregivers to take extra precautions to keep their child safe.

“A good rule is to always check your back seat to ensure you haven’t forgotten a child in the car, especially if dropping the child off is not your normal, primary responsibility,” Clark says.

She says some of the dangers of leaving kids in a hot car unattended include dehydration and heat related illness which can lead to severe and permanent injury or death. “Even if a child survives heat stroke, they are likely to have long term consequences including cerebral palsy or seizure disorder,” Clark says.

Three variations of heat illness in children include:

Heat related illnesses require immediate medical attention, and heat stroke is a medical emergency. If your child was left alone in a car and is exhibiting the symptoms of heat stroke, or if you see a child unattended in a vehicle, call 911.

Bottom line: never leave your child alone in a car, not even for a minute.

Additional tips and programs to help keep kids safe in or around cars is available from Safe Kids online.