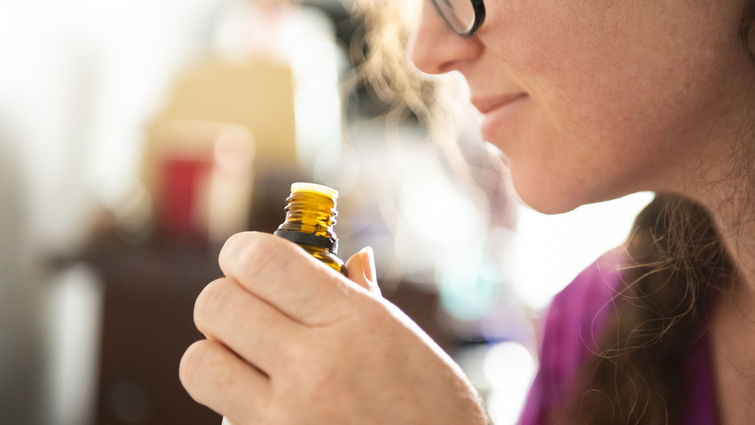 Losing a sense of smell is listed as one of the most common symptoms of COVID-19 infection by the Centers for Disease Control and Prevention. Many people who contract the virus seem to share this experience of losing smell, yet they differ in the time it takes to regain their precious sense — ranging from days to weeks, numerous months, and in some cases, never.

Post-viral anosmia isn’t a new phenomenon nor unique to COVID-19, she says. Many other viruses can cause the condition, too, including other types of coronaviruses, rhinoviruses, and influenza viruses. Moreover, she says the mechanisms driving COVID-19 to induce smell loss are likely no different from other upper respiratory viruses’ methods of causing smell loss.

Post-viral smell loss: What it is and why it happens

Firstly, Seiberling says it is important to note that because taste is heavily reliant on smell, many people who have lost the ability to smell may also feel like they’ve lost their sense of taste. Taste is, after all, 80% smell, she says. In other words, our ability to taste the flavor of food — like distinguishing a watermelon from a cherry — depends on our ability to smell it. The only “tastes” left are basic ones that our tongue delivers directly to our brain: sweet, salty, sour, and bitter.

Losing smell after a viral infection can happen when odorants have a hard time reaching the nose and binding to the appropriate receptors within it, Seiberling says. Several different factors could be responsible for this kind of conductive post-viral anosmia, she says, including:

Anosmia induced by the latter two — epithelial or nerve damage — can take months to repair and for the sense of smell to return, though some patients’ smell may never return.

In a small number of cases, the virus may also damage the olfactory system in a retrograde fashion, affecting higher-order neurons and leading patients to experience:

Doctors will suggest a variety of treatments for patients depending on the identified cause of the post-viral anosmia. For example, suppose the smell loss hails from rhinitis or mucosal edema. In that case, Seiberling says patients may opt for a nasal steroids spray, a short course of oral steroids, and saltwater rinses in the nasal cavity.

If anosmia persists even after the viral infection is over, patients might begin olfactory sensory retraining, Seiberling says. Patients choose four odors to smell – like rose, eucalyptus, lemon, and clove — several times a day for three months. After three months, they switch to another set of four odors, perhaps: menthol, thyme, tangerine, and jasmine.

Seiberling suggests the following guidelines for each three-month cycle of smelling an odor set:

Essentially a labor of repetition, persistence, and duration, sensory training helps the neural lining and olfactory nerves identify and adjust to smells again as they regenerate after a viral attack, Seiberling says.

Seiberling says patients might repeat this process for up to a year before gradually regaining their sense of smell. She suggests patients purchase essential oils with an array of odors for their sensory training. This allows for ease of use and the option to cap containers to preserve the odors' strength.

For the temporary or permanent duration of anosmia, Seiberling suggests following a set of safety measures:

If you would like to schedule an appointment with a doctor for loss of smell or taste, visit this webpage or call 909-558-2600.

Specialties: plastic surgery within the head and neck