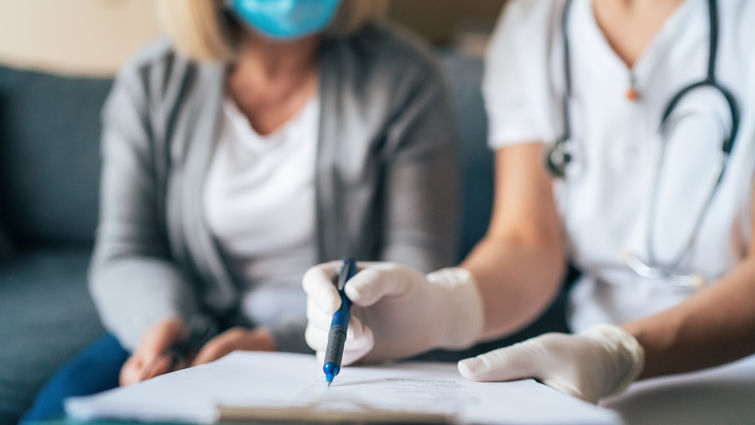 Urinary tract infections (UTIs) are one of the more common infections people struggle with, resulting in more than 8.1 million physician visits each year.

Jane Yun, MD, an OBGYN at Loma Linda University Health, says UTIs are caused by bacteria traveling up the urethra — the tube passing urine out of the body — and into the bladder. Some common symptoms include discomfort or burning while urinating, the frequent need to urinate or feeling like urinating even when the bladder is empty, and change in the color or odor of the urine.

If you’re experiencing these symptoms often or have received several diagnoses of a UTI, Yun says these may be four reasons why:

You are a woman.

Yun says women are more prone to developing urinary tract infections than men due to having a shorter urethra and shorter distance between the opening of the urethra and the vagina and rectum. This shorter distance promotes the colonization of vaginal and gastrointestinal bacteria at the end of the female urethra, which is normal. But sexual activity, for example, promotes the movement of the bacteria up the urethra and into the bladder to cause UTIs, she says.

You are over washing.

Getting a UTI does not mean a person has a hygiene issue. In fact, according to Yun, over-washing the vaginal area with harsh or heavily fragranced soaps or using methods such as douching can throw off the balance of normal vaginal flora, which allows the overgrowth of bacteria that can cause UTIs and increases the risks of vaginal irritation and infections. “We don't recommend douching,” Yun says.

You are going through menopause.

Yun says menopause is a low-estrogen state causing thinning of the vaginal tissue and an increase in the pH of the vagina. “This promotes a change in the flora which can increase the risk of getting UTIs,” she says. Also, the menopausal state is often associated with incontinence — accidental leaking of urine — and incomplete emptying of the bladder, both of which can promote UTIs. “Vaginal estrogen has been shown to be helpful for this,” Yun says.

You have certain medical conditions.

There are multiple conditions that can predispose a person to developing UTIs such as diabetes, pregnancy, obesity, pelvic organ prolapse, sickle cell trait, spinal cord injuries or any condition that requires self-catheterization to empty the bladder, urinary tract anomalies and kidney stones, Yun says.

To avoid getting a UTI, Yun initially recommends behavioral changes such as increasing water intake, considering new contraception options, urinating after sexual activity, wiping from front to back when using the bathroom and taking a cranberry supplement.

If you are already experiencing symptoms of a UTI, Yun says to make an appointment with your doctor. “It’s important to prevent the infection from spreading throughout the urinary tract with antibiotics, which will cure an ongoing and active infection.”

Suffering from recurrent UTI symptoms? Schedule an appointment with your provider through MyChart.