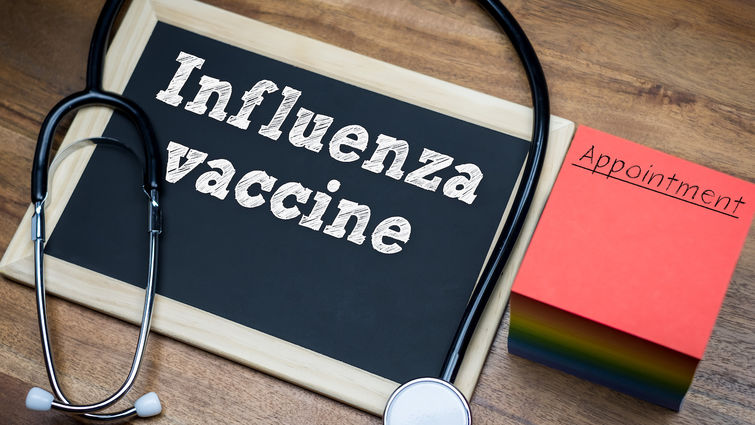 The U.S. saw a dramatic increase in flu cases in the final weeks of 2019, according to the Centers for Disease Control and Prevention (CDC), bringing the national totals to roughly 6.4 million illnesses, 55,000 hospitalizations and 2,900 deaths since the start of the 2019-2020 season on September 29. In California alone, there were eight flu-related deaths in the week between Christmas and New Year’s Day, according to the California Department of Public Health.

Health officials are now, more than ever, encouraging people to get the flu shot — if they haven’t already — this year and every flu season thereafter. For those who may still be a little skeptic or weary of the flu vaccine and its efficacy, Adrian Cotton, MD, chief of medical operations and Loma Linda University Health’s resident flu expert, answers some common questions about this season’s flu vaccine.

What flu strain will this year’s vaccine protect against?

The CDC has identified four types of influenza viruses: A, B, C and D. The A and B viruses are most commonly found in individuals during the flu season. In the U.S., flu vaccines are updated every season to better match viruses expected to be circulating and protect against different strains of the flu virus that are expected to be most common. For the 2019-20 season, the flu vaccine protects against A (H1N1) Brisbane type, A (H3N2) Kansas type, B/Victoria and B/Yamagata.

Even though the flu vaccination was created to fight off one particular strain, those who get the shot are more likely to have protection against a future flu strain as opposed to those who do not.

So far this season, the most common circulating flu viruses have been influenza B/Victoria and A(H1N1) viruses.

Can I still get the flu if I get the vaccine?

Yes. Since there are so many variations of the flu virus, it’s possible to get the strain that the vaccine can’t protect against. The CDC claims past seasons have deemed the flu vaccine anywhere from 40% to 60% effective.

Should I get the flu vaccine if I have cold or flu symptoms?

If you have a cold (runny nose, congested, cough) or other mild illness (respiratory or otherwise) and you don’t have a fever, it’s still safe to get the flu vaccine. However, if you have a fever (temp over 99.5), it’s better to wait to get the vaccine until the fever breaks for two reasons:

Cotton urges that it’s not too late to get vaccinated. “Flu vaccination is always the best way to prevent flu and its potentially serious complications,” he says.