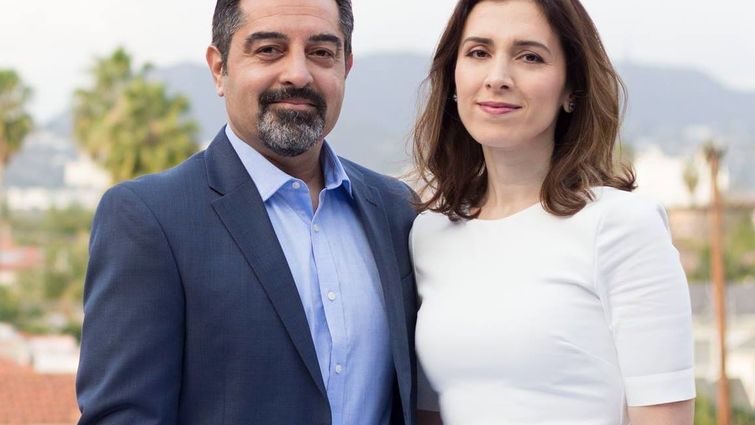 It was by chance at a party in Kabul, Afghanistan in 2003 that two young medics would meet and form a connection over the loss of grandparents to dementia. For Dean Sherzai, MD, MPH and Ayesha Sherzai, MD, MAS, this bond would shape the next 17 years of their lives as spouses, neurologists and researchers in the fight against Alzheimer’s.

Today, as co-directors of the Brain Health and Alzheimer’s prevention program at Loma Linda University Health, the duo has helped thousands of patients — ranging from the partially cognitively impaired to those suffering from Alzheimer’s — find hope through personal lifestyle intervention. Alzheimer’s is currently the sixth-leading cause of death in the United States and now affects some 5.8 million Americans each year.

“When you look at the numbers and realize that every 64 seconds someone develops Alzheimer’s, you have to ask yourself can this be avoided,” Dean says. “The answer is yes. In fact, we have found that more than 90% of cases can be prevented and it starts with how we take care of ourselves.”

Here at Loma Linda University Health, they have created the NEURO plan a lifestyle-focused approach to preventing Alzheimer’s, and authored the best-selling book The Alzheimer’s Solution to share their research with the world.

“There isn’t one drug, vitamin, food or single exercise that will prevent Alzheimer’s,” Dean says. “We use the NEURO approach with our patients because it’s a comprehensive plan that improves multiples facets that affect our brain health.”

As children, neither could do anything as they watched two men they loved lose themselves to dementia. “We didn’t make the connection until years later that these specific moments were what started our fight against Alzheimer’s and dementia,” Ayesha says.

Dean completed a neurology residency at Georgetown University School of Medicine and went on to a fellowship in experimental therapeutics in neurodegenerative diseases at the National Institutes of Health (NIH). At the end of his fellowship, in 2002, he was recruited by the World Bank to lead the healthcare efforts at the onset of a newly developed government in Afghanistan. He was subsequently asked by the president Karzai to help rebuild the healthcare system as the deputy minister of health. Ayesha, a recent graduate from medical school found herself volunteering with doctors without borders in refugee camps near Kabul.

The pair married in 2004 and spent the next three years in Afghanistan working to empower 10,000 women in midwifery and other disciplines in Taliban-controlled areas. However, frustration with government bureaucracy led them to return to the U.S.

Stateside again, they started a family and continued to tackle meaningful neurology work. Ayesha completed dual training in Preventative Medicine and Neurology at Loma Linda University and a fellowship in Vascular Neurology and Epidemiology at Columbia University. Passionate about her research and food, she attended culinary school in the evenings while attending her fellowship at Columbia. Dean went on to obtain two masters degrees: one in advanced sciences at UCSD and one in public health from Loma Linda University. He is currently finishing a PhD in healthcare leadership from Andrews University.

In 2008, the Sherzais came to Loma Linda University Health, where they had the opportunity to examine two very different populations and observe the impact a brain-healthy lifestyle was having on patients. On the one hand, the Sherzais treated patients from the large Seventh-day Adventist population known for plant-base eating, physical activity and emphasis on faith and community. They also treated those from the nearby city of San Bernardino, an underserved area with high rates of chronic disease and lack of access to care.

“Looking at these two distinct populations, we consistently observed that our patients who were living healthier lifestyles had a much lower rates of dementia,” Dean says.

Empowered from their studies at Loma Linda University Health, the Sherzais took jobs at the Alzheimer’s Disease Prevention program at Cedars-Sinai hospital in 2014. There they would work with Hollywood elite and participate in ground-breaking studies on lifestyle prevention, leading them to conclude lifestyle could be a successful treatment for Alzheimer’s.

Lifestyle prevention as a cure for Alzheimer’s wasn’t something the Sherzais concluded overnight. Ayesha says when they first started as neurologists, they were hopeful that research would result in a cure or pill that would affect the pathology they knew too well. “It took fifteen years of work with our patients for us to realize that you can’t approach a chronic disease of aging, like dementia, with sick care,” Ayesha says. “For us, the concept of prevention became very important.”

Inspired by their research and the desire to help more communities, the Sherzais returned to Loma Linda in 2017 and continued their work against Alzheimer’s as co-directors of the Brain Health and Alzheimer’s prevention program. Based on the data they have collected from their patients and supported research from the ongoing Adventist Health Studies and outside lifestyle studies, the Sherzais are determined to share with the world what they believe can be the cure for Alzheimer’s.

“Medicine is constantly evolving and it’s critical to patient care that our studies evolve with time,” Ayesha says. “We couldn’t be more excited to research what we are passionate about in our community.”

The Alzheimer’s Association estimates that nearly 14 million Americans will have Alzheimer’s or dementia by 2050. Motivated by their personal experiences and research, the Sherzais hope to alter the path of Alzheimer’s with their program.

“You can’t control your age or your genetic profile, but you can control your lifestyle choices,” Dean says. “Lifestyle can make all the difference. It’s the best defense we have.”

For Alzheimer’s awareness month, here are five things the Sherzais say you can start doing now to lower your risk for Alzheimer’s.

If you are interested in learning more about the Brain Health and Alzheimer’s Prevention Program at Loma Linda University Health please visit the website or call 909-558-2880​.