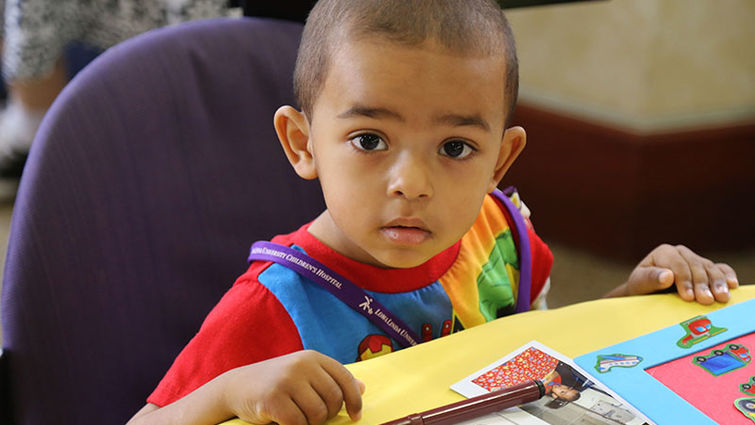 With the annual Fall into Reading event, which was held Monday, September 19, in the lobby of Loma Linda University Children’s Hospital (LLUCH), the Big Hearts for Little Hearts Loma Linda Guild kicked off its busiest season of the year.

According to Dixie Watkins, co-president of the guild, a total of approximately 35 to 40 children participated in the program, assisted by more than a dozen guild members and volunteers.

The annual event has a three-fold purpose. First, it gives hospitalized children an opportunity to socialize with other kids while playing games that focus on the importance of words and reading. Second, it provides a respite from the world of doctors and nurses, medications and treatments. Third, it encourages a lifelong love of reading by allowing each child to select a book to keep from a large and colorful assortment of seasonal titles. In addition, thanks to a gift of instant photography equipment from board member Don Finch, each participant gets their own color portrait taken at the scene.

Dinah Evans, child life services director for LLUCH, supported the event by having employees of her department identify patients that are able to come down to lobby and bring them to it, some in wheelchairs, others pulling portable IV platforms behind them.

"Events like the annual Fall into Reading let hospitalized children and teens forget, for a little while, that they are in a hospital environment," Evans observes. "They get to go downstairs to the lobby where they can hang out with other patients and just have fun."

Coming every year on the cusp of autumn, the event signals the beginning of the guild’s busiest season of the year. With board meetings in October, November, and December, the annual board retreat and Dishes for Wishes cooking school/fundraiser in November, and gingerbread village, carols in the lobby, and Christmas party activities in December, members of the board will be very busy through the end of 2016.

The organization was founded in 1999 by Dixie Watkins, Eloise Habekost, and Nancy Varner to raise funds, fun, and awareness for the patients of Loma Linda University Children’s Hospital. Since then, Watkins estimates it has raised more than $1.6 million to benefit the children of the Inland Empire.

Watkins says an encounter that happened near the end of this year’s event touched her heart and reminded her why the guild hosts Fall into Reading every year.

“One of the moms said to me, ‘I’ve been sitting here watching, and I had reached the point where I didn’t think anyone in this world cared anymore,’” she reports. “’But now I know I was wrong. I’ve never been in this hospital before, but I can feel it’s different.’”

After telling the woman that members of the guild care deeply about the children, Watkins suggested that perhaps the difference the woman feels at Children’s Hospital is because “it’s Christ-centered.”

Individuals desiring more information about the guild are invited to visit http://childrens-hospital.lomalindahealth.org/foundation/guilds/loma-li… online or call 1-800-825-KIDS. 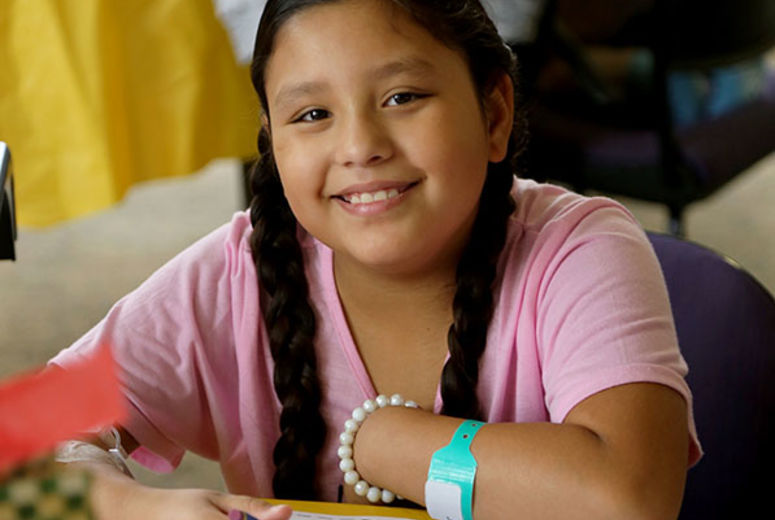 Having fun with word games at Fall into Reading 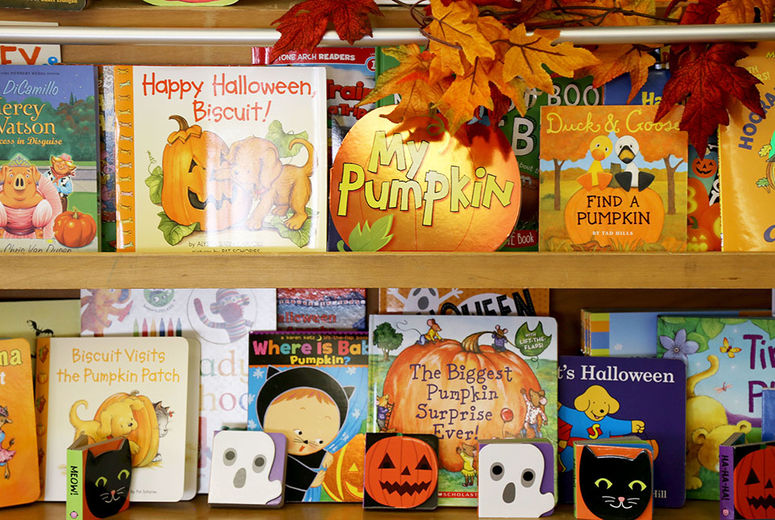 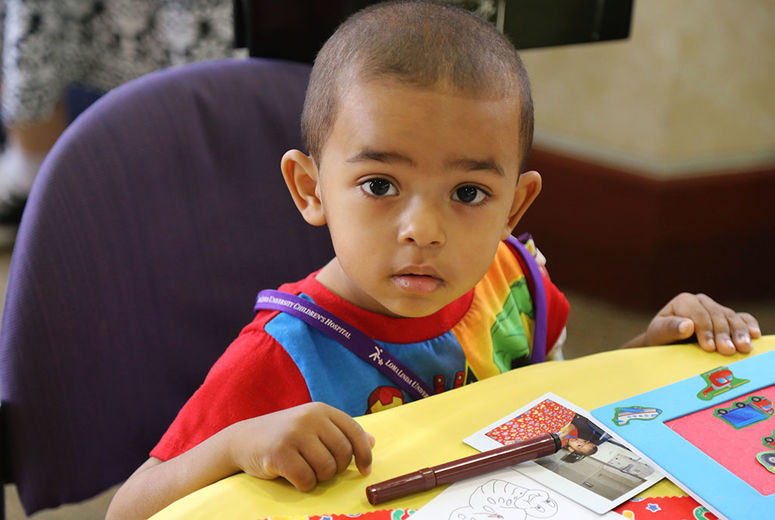 Having fun is serious business at Fall into Reading 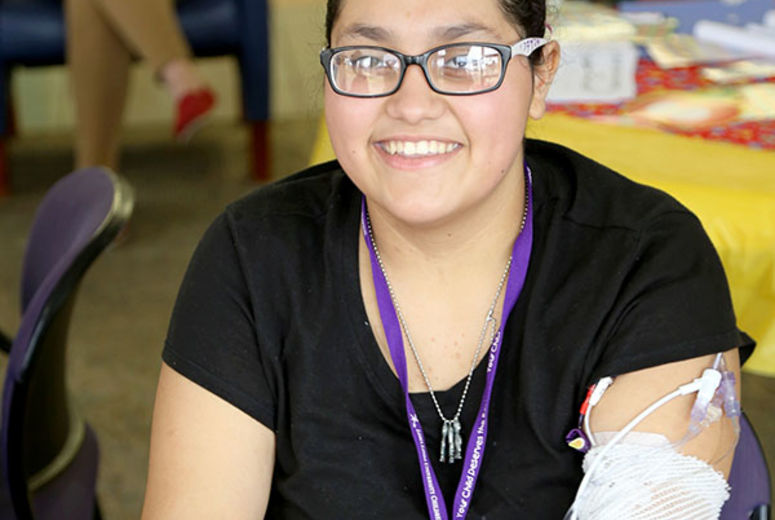 Teens, as well as kids, enjoy themselves at Fall into Reading

Dixie Watkins, co-president of the Big Hearts for Little Hearts Guild, assists a patient at Fall into Reading 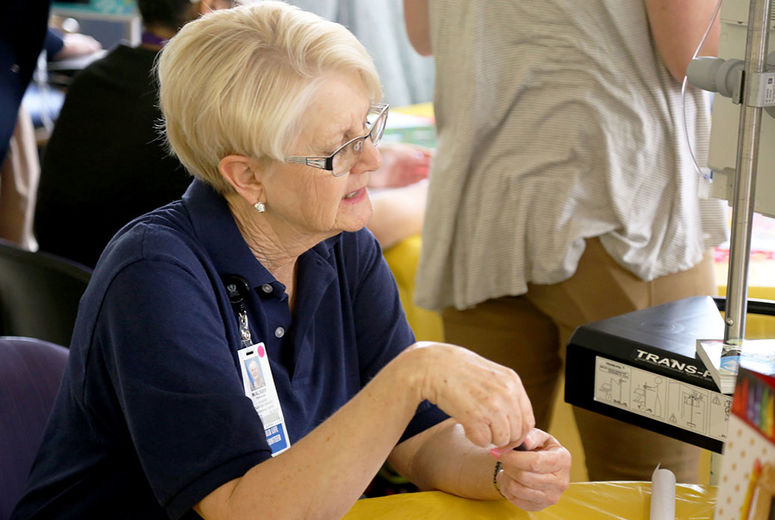 Volunteer Deborah Walker helps out at Fall into Reading