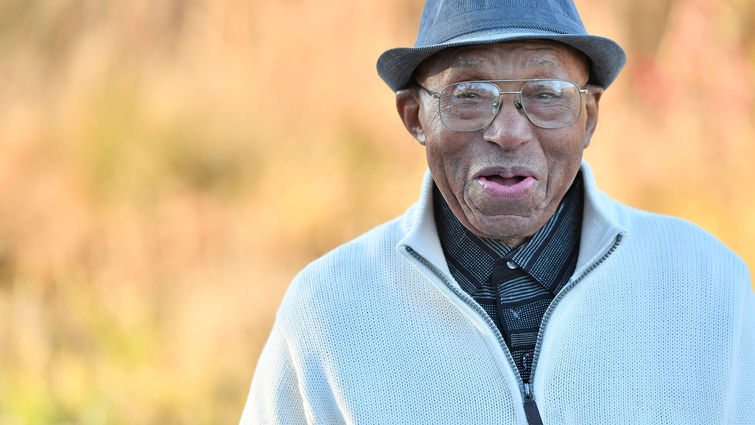 Whether good genes or good living, many Seventh-day Adventists enjoy a long, healthy life of work, play and service. Here are six such people who have defied the norms for an average human lifespan and are living active, healthy lives in their 80s, 90s…and beyond.

Adrenaline rushes and love of the job propel David Baylink

School of Medicine distinguished professor commutes on his motorcycle 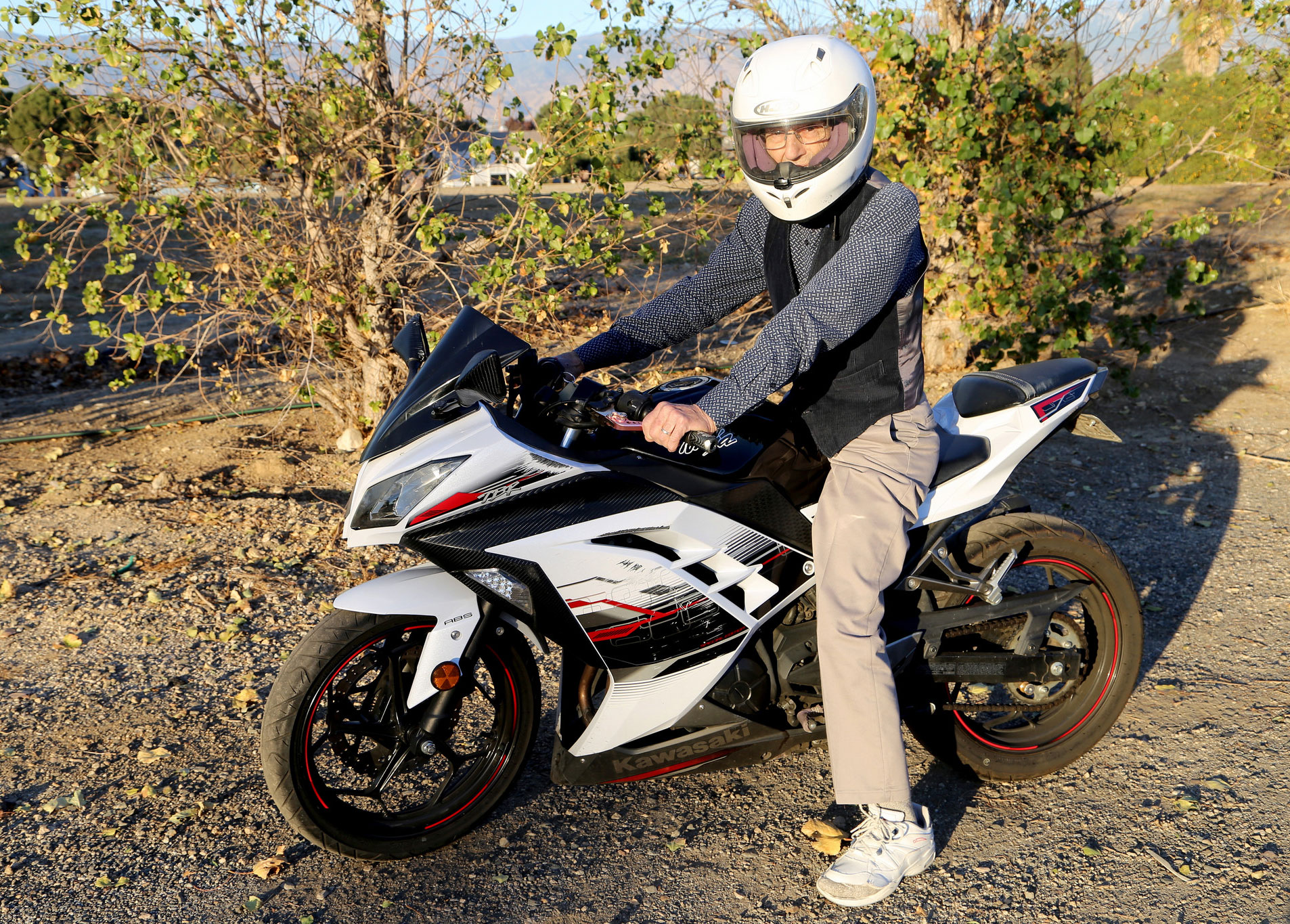 In addition to holding two distinguished professorships and heading the division of regenerative medicine at the School of Medicine, David J. Baylink, MD, researches gene therapy and non-embryonic stem cells, the ones that don’t harm fetuses.

His off-duty behavior, however, sometimes raises eyebrows around town. Motorists stuck in Friday traffic may not know it, but the guy in the blue shirt and red bowtie who rocketed by them on Barton Road, splitting traffic on his Kawasaki Ninja, was Baylink. “I’m addicted to motorcycles,” he says with a grin.

Perhaps to adrenaline as well. Baylink also plays tennis, snow skis and rollerblades. He only slows down to write fiction, but even that contains elements of high-octane acceleration. “I write about the excitement of being a researcher,” he says.

Baylink may be nearing 90, but the lifelong Seventh-day Adventist never worries about longevity, ascribing his own to two characteristics. “I’ve got fairly good genetics,” he says, “and I love my job!” 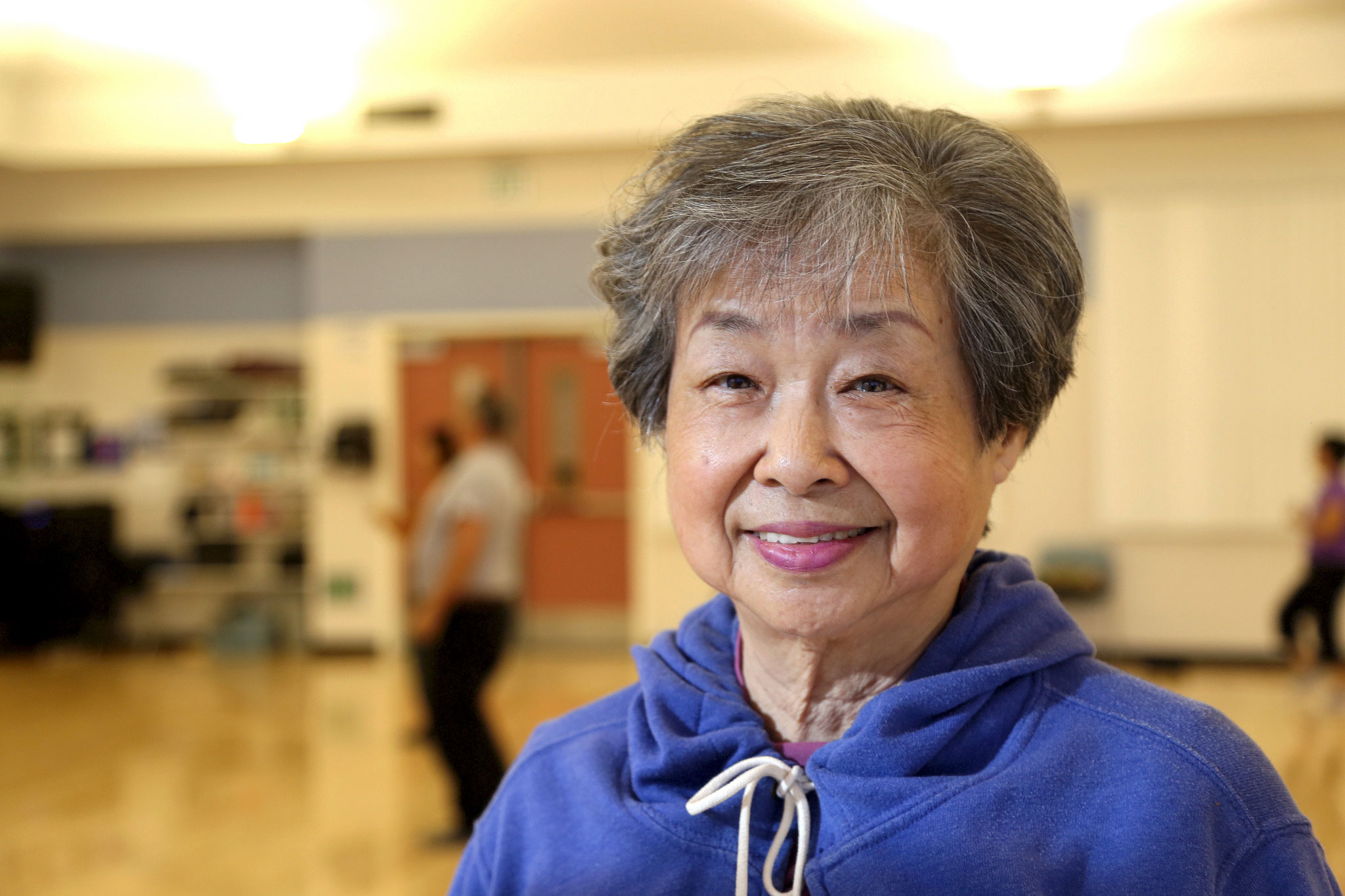 Ask 85-year-old Loma Linda resident Dorothy Zane the secret of her good health and she will answer, without a moment’s hesitation, that it’s aerobics classes.

Back in the early 1980s, Zane enrolled in Jazzercise classes taught by a friend of hers. She soon became a regular, shifting focus, a few years later, when the friend transitioned to teaching aerobics instead.

For the next 30 years, Zane took aerobics several times a week until her friend moved away two years ago. Fortunately, Zane discovered that Loma Linda University Health’s Drayson Center offers free aerobics classes for people over 80. She has been going there an average of four days a week ever since. The oldest in her class is 93.

Zane says two of her friends keep her motivated to fight the aging process. One of them has been bedridden with diabetes for two or three years, and the other can’t walk anymore. Zane, meanwhile, keeps doing aerobics and enjoying radiant health.

She and her husband, Ernie, the semi-retired former chair of ophthalmology at Loma Linda University School of Medicine, follow a mostly vegan diet at home. But she insists food isn’t the main ingredient in her recipe for abundant vitality. 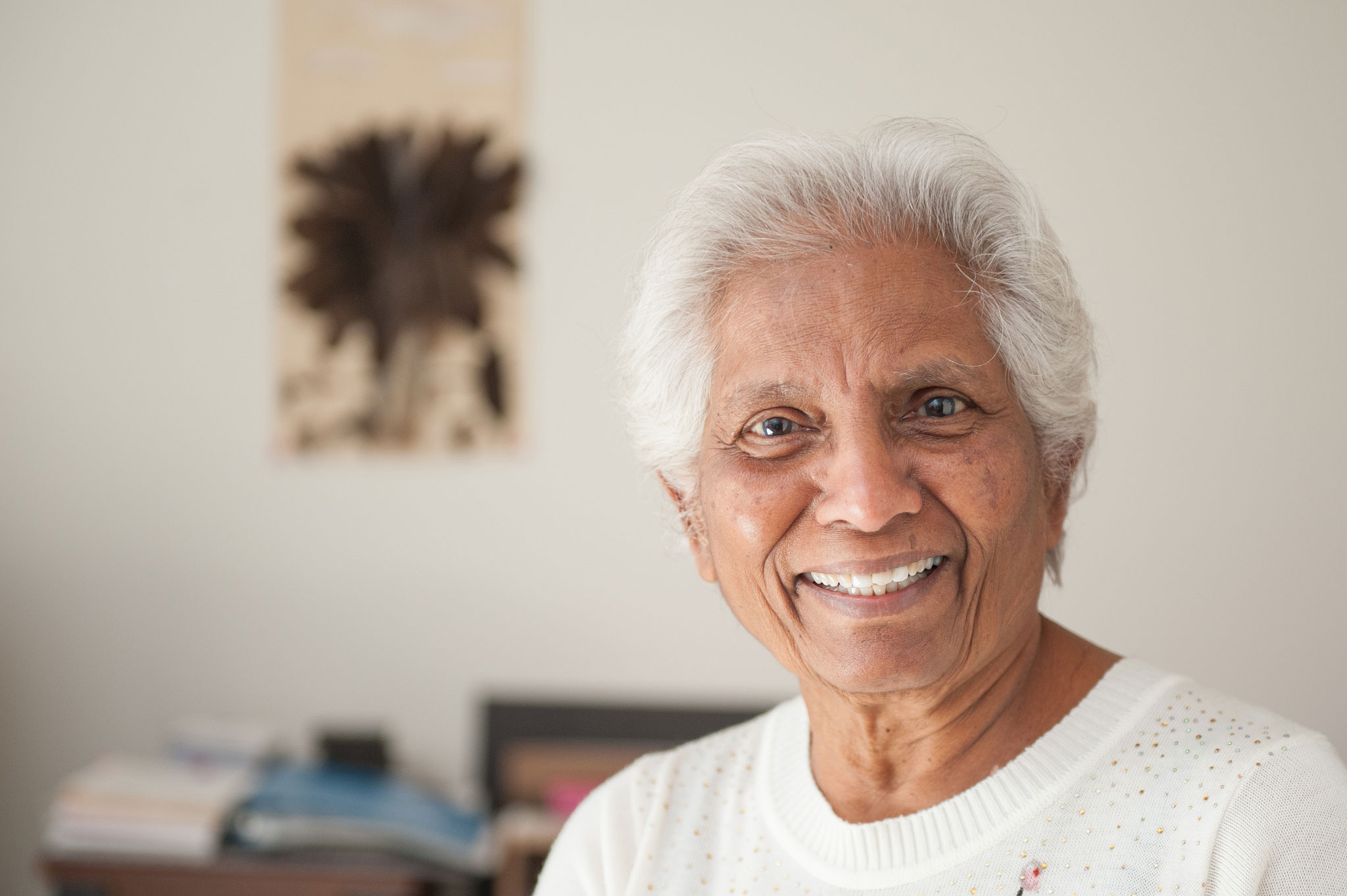 Hepsie Gurusamy says her relationship with God is the secret of her happiness and vitality.

The 86-year old retired elementary school teacher, who came to California by way of India, East Asia, Guam and Hawaii, says spirituality keeps her healthy. She awakens every morning early to pray, then reads her Bible for another hour to start her day.

Born in India in 1931, Gurusamy moved with her family to Penang, Malaysia and later Singapore, where she finished high school and two years of college and married her husband, the late Gilbert Gurusamy. His career as an auditor for the Seventh-day Adventist Church headquarters took them all over East Asia.

Gurusamy moved to Linda Valley Villa, an independent living facility in Loma Linda, California, in 2005. After two years, she returned to Guam to housesit for her son, who was opening a medical laboratory in neighboring Saipan. In November 2015, she returned to the Villa. “I thank the Lord that I’m here in this place,” she says.

Recently, Gurusamy started a ladies’ choir at the Villa. “We gave a little concert here,” she says. “We are singing to bring a message.”

In her room, Gurusamy proudly displays two works of art inspired by and crafted from nature. Every detail, from dark purple waves to the wispiest of clouds, results from the careful placement of duck and goose feathers she gathered from a nearby pond. Another display features a large collection of pine cones, rocks and seashells, including her favorite, a Golden Cowrie.

Gurusamy ends each day as it began. “In the evening, I pray again for another hour,” she says. “What a rich blessing it has been for me! Every day is a good day for me.” 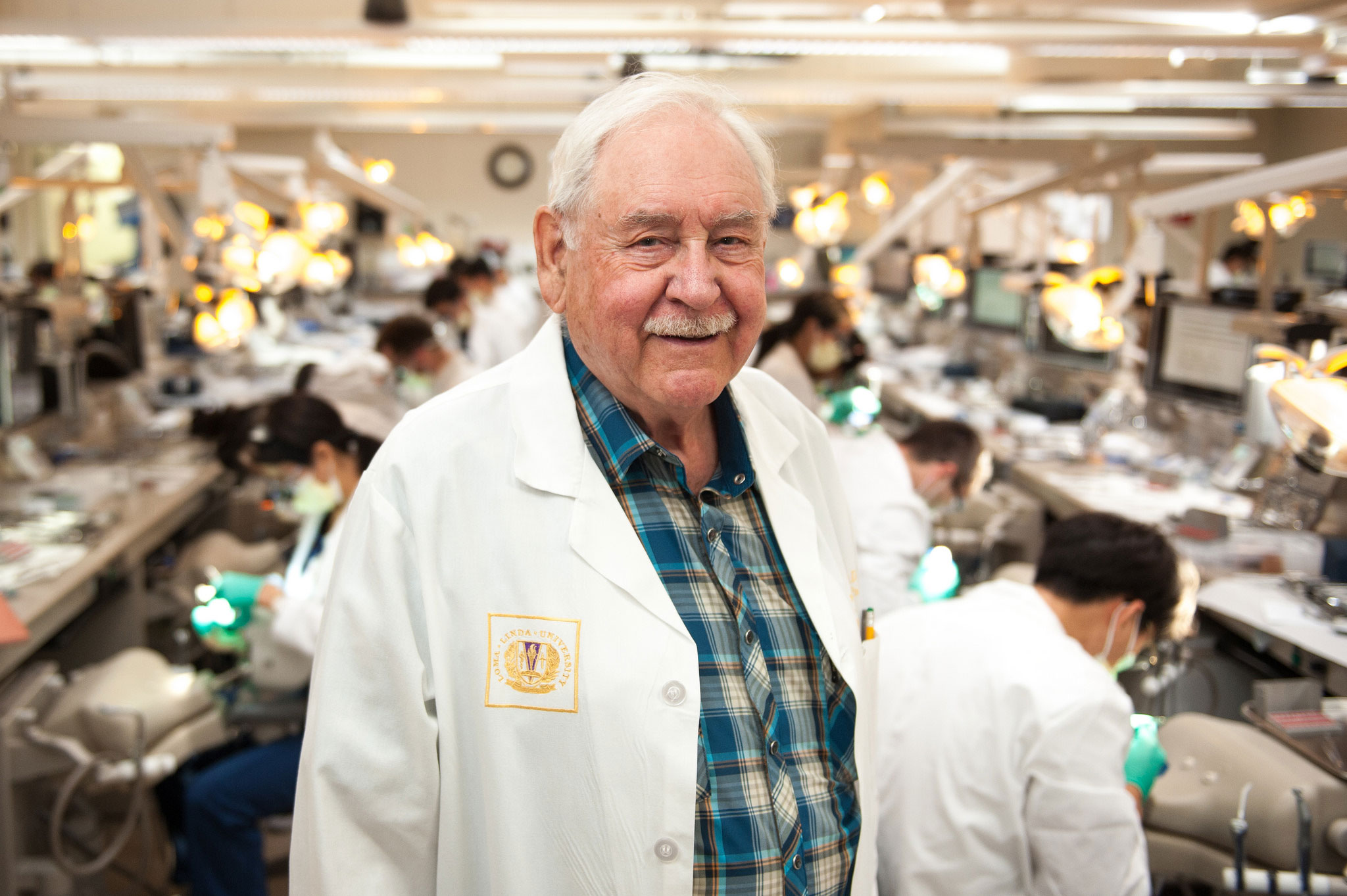 When his wife died on New Year’s Day last year, Bill Heisler, DDS, emeritus professor at Loma Linda University School of Dentistry, had a choice to make. He could either become a recluse or commit to staying active and healthy.

The 84-year-old Heisler chose the latter option. That meant eating right, maintaining his faith in God, staying actively involved in his church and Rotary Club, exercising regularly and keeping his mind sharp.

Heisler starts each day with a devotional, reading and praying for members of his family. He then makes breakfast — usually a bowl of cooked cereal, some fruit and a piece of toast with peanut butter. After that, he works on crossword puzzles and reads the paper.

“I’m not the poster child for the Blue Zone,” Heisler says, admitting that he isn’t always a vegetarian. “But I only eat eggs a couple of times a week, and I don’t eat meat at home.”

Love motivates him to tend his late wife’s rose garden, trimming, watering and fertilizing the bushes. The activity fits perfectly within his overall exercise program of walking, stretching and gardening.

Two-and-a-half days a week, he teaches at the School of Dentistry. “I love the contact with young brains and young people,” he says. “They seem to enjoy hanging out with me, too.”

Heisler credits a strong commitment to family as the anchor of his life. He insists health is not about fads. “Staying healthy and living a long time is not one simple thing,” he says. “It’s a constant lifestyle based on good principles and conservative ideas of health.” 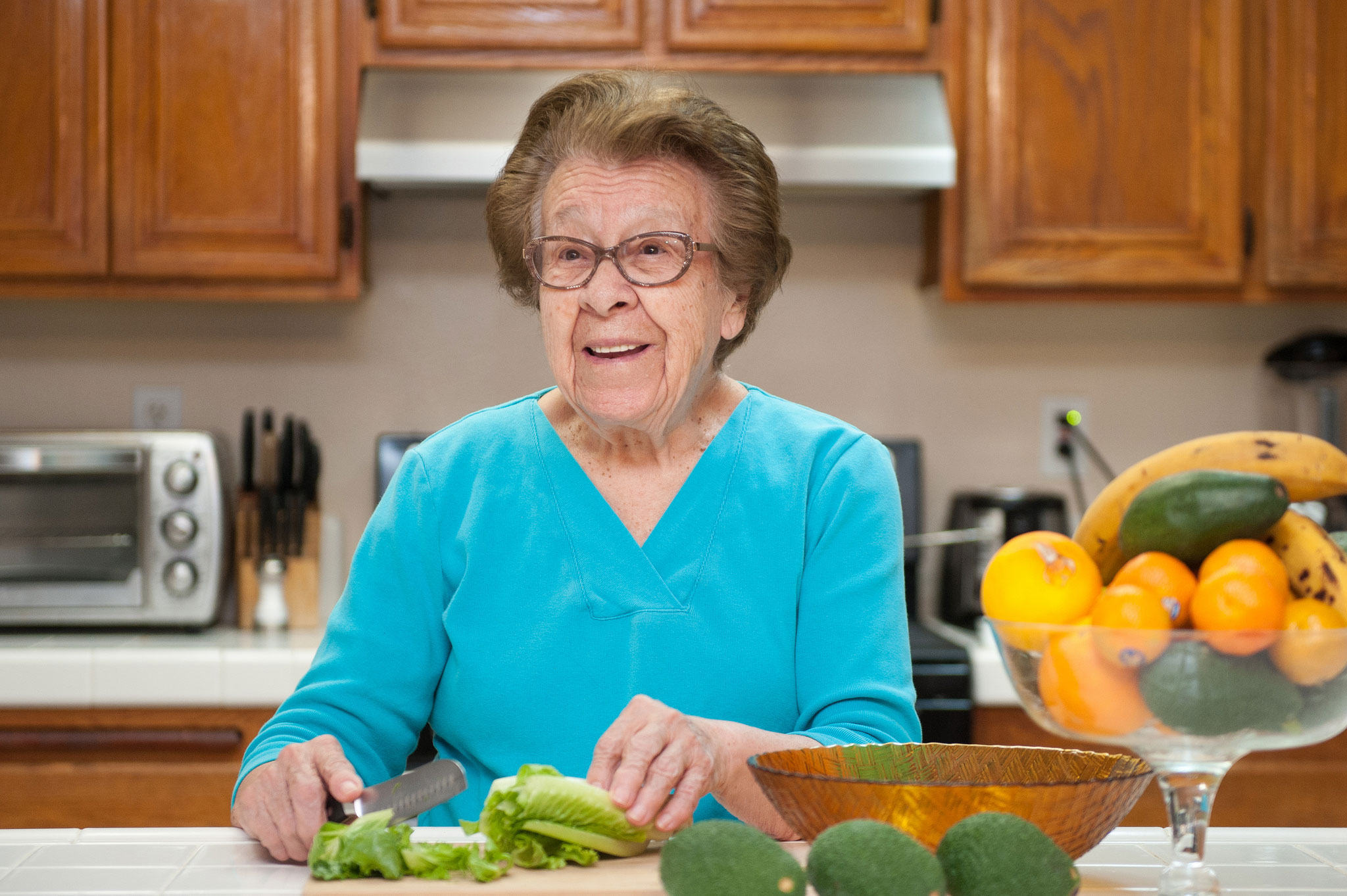 Alice Leon has a tangible way of expressing her love to the most vulnerable infants of the Inland Empire.

For nearly six decades, the 92-year-old nimble seamstress from Libertad, Peru, worked with her husband, Patricio, crafting custom clothing in his tailor shop. After Patricio passed away in August 2008, Alice moved to Colton, California, to live with her daughter Geli, a social worker for San Bernardino County, and son-in-law, Carlos Casiano, PhD, a professor at Loma Linda University School of Medicine.

Each morning after breakfast, Alice reads her Bible and prays. Then she knits blankets for the tiny patients of the neonatal intensive care unit at Loma Linda University Children’s Hospital. Over the last three years, she has created an average of three blankets per week.

Alice knits all day until Geli arrives home after work. Then she helps make dinner. On special occasions, she makes Peruvian delicacies such as empanadas, tamales or Aji de Gallina.

As she knits, Alice thinks about the babies’ mothers, some of whom are too poor to buy their baby a gift. “It makes me happy to know they can wrap the baby in one of my blankets and take them home,” she says. 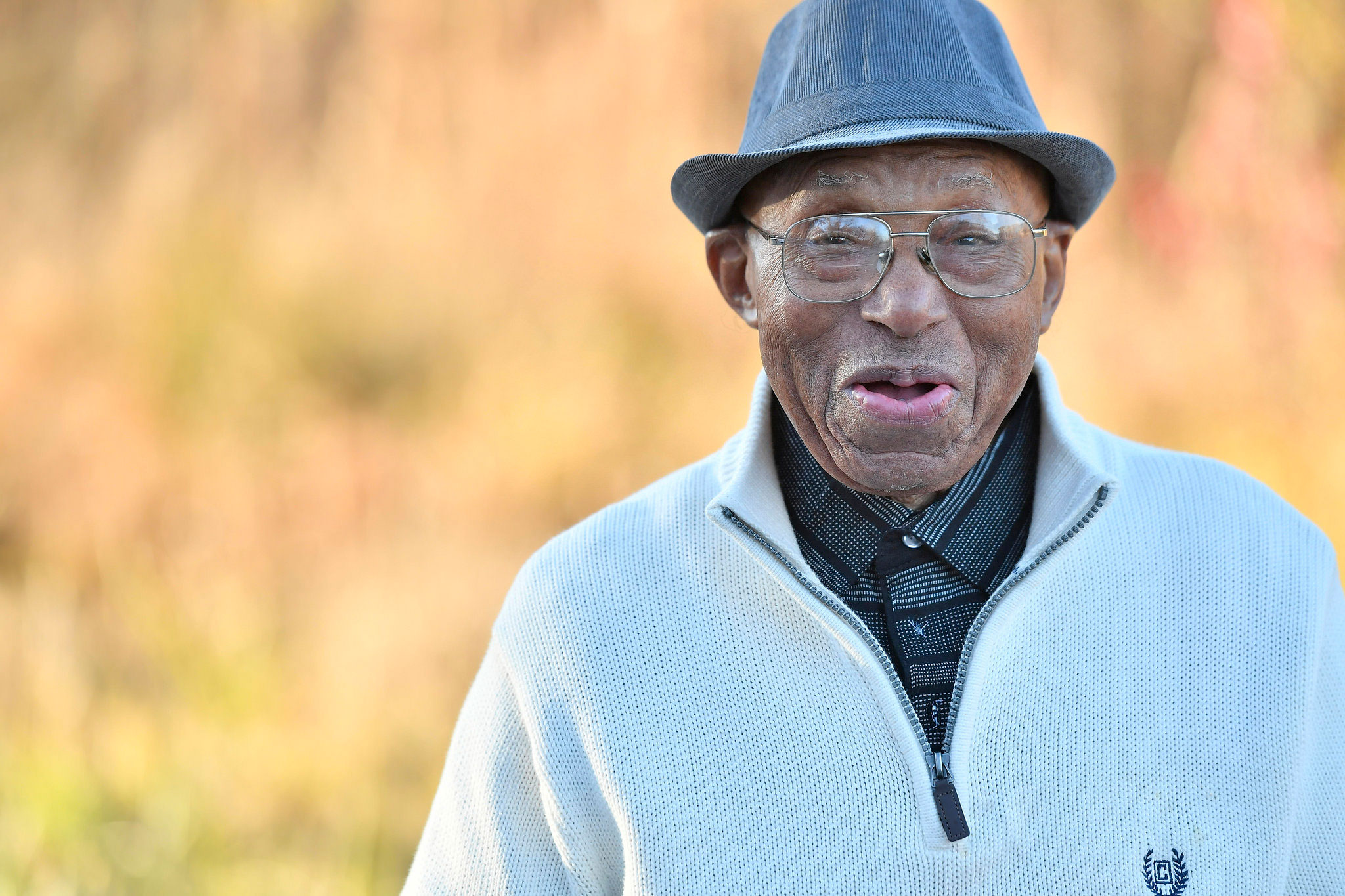 Ernest E. Rogers, PhD, may be 101 years old, but Huntsville, Alabama’s oldest biblical languages scholar refuses to let a little thing like the passage of time slow him down.

Despite joining the ranks of the centenarians last year, Rogers — known simply as E.E. to his friends — exercises regularly, tinkers with his computer, visits friends, attends church and spoils his great-grandchildren. His daughter, Jeannette Dulan, says her dad also takes calls from people who want his input on questions related to biblical languages and accepts the occasional invitation to speak at church.

Rogers cites an incident with his late first wife, Mildred, as the reason the Gospel of John is his favorite book. Ten years into their marriage, Mildred became seriously ill and doctors said she had just weeks to live. Undaunted, Rogers quoted the text of John 15:7 to her: “If ye abide in me, and my words abide in you, ye shall ask what ye will, and it shall be done unto you.” The couple claimed the words of Jesus in prayer and asked that Mildred might live to see her children grow up. Instead of dying, she lived another 53 years. “It shows what God can do even in our present age,” Rogers says.

For people interested in living a long, healthy life, the former pastor and college professor has some advice. “Proper rest and exercise,” he says. “Also, eating healthy foods and keeping a song in your heart. That’s been a blessing in my life experience. I don’t worry about things.”