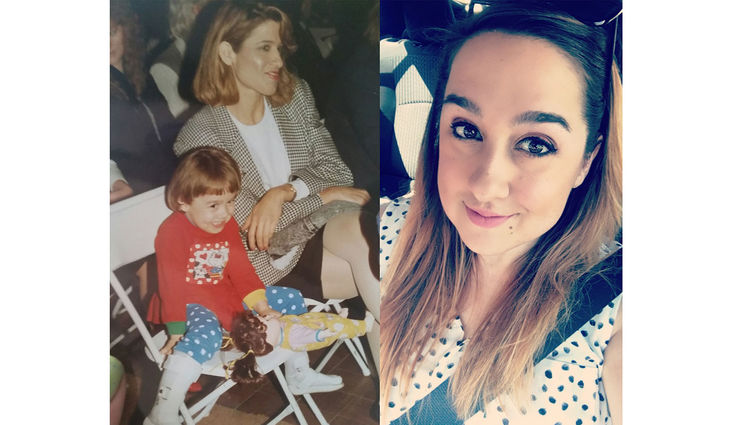 Ann Stenson and her daughter, Breezy.

Ann Stenson underwent an unusual and extremely high-risk pregnancy in 1989, nearly losing her life and her baby. Today her daughter is training to become a special needs teacher.

Stenson, a senior administrative assistant in the desert city of Indian Wells, was referred to the maternity unit at Loma Linda University Medical Center when her obstetrician determined her pregnancy had developed major complications that could not be handled at her local hospital. While Loma Linda Medical Center was more than an hour away from Stenson’s home in the desert, it was the closest place she could receive the care she desperately needed.

Elmar P. Sakala, MD, MPH, professor of gynecology and obstetrics, was brought in to manage the difficult case. Even though Sakala is a maternal-fetal medicine specialist with expertise in high-risk pregnancies, the case perplexed him. Stenson’s ultrasound scan showed a double uterus, unusual positioning of her fetus, markedly decreased amniotic fluid and an enlarged abnormal appearing placenta.

“I was determined to go through with her pregnancy,” Stenson said. “I had decided whatever would be, would be.”

Sakala led the team of doctors that delivered Baby Breezy. “Ann’s C-section was performed 37 weeks, earlier than usual due to concern for the well-being of the baby,” he said. “Thirty-nine or more weeks is consistent with full-term.”

When he opened Ann’s abdomen the placenta was free in the abdominal cavity and the baby was not even in the uterus. Baby Breezy was lying crosswise in the gestational sac and her body showed evidence of being compressed by the lack of amniotic fluid. Baby Breezy weighed six and a half pounds and responded well to resuscitation by the pediatric team.

Stenson, however, began hemorrhaging during the C-section, losing more than a gallon of blood. The surgery lasted several hours, and Stenson ended up having to have her uterus removed. She received multiple units of blood in the operating room and additional units in the intensive care unit. Her postoperative course was prolonged and difficult.

Stenson remembers nurses visiting her in the ICU. “They were crying,” she said. “They told me they were happy that I’d had my baby but they were worried that they had almost lost me.”

Breezy was diagnosed with mild cerebral palsy before she turned 3 years old. She was able to sit up on her own and begin walking after completing therapy, Stenson said. She also began to talk when she was less than 2 years old.

After returning home, Stenson lost touch with her doctor.

Over the phone, she thanked him from the bottom of heart, recalling details about the diligent care he had provided almost 30 years ago to her and her daughter.

“I was so delighted to hear from Ann and to know that she and her daughter are doing well,” Sakala said. “In cases that you’ve never seen before, you make the best decision you can, then leave the rest to the Lord.”

As a young adult, Breezy has worked as a teacher’s aide in daycare. As she interacted with the kids, she knew she wanted to become a teacher. She completed a bachelor’s degree in liberal studies from Cal State San Bernardino in 2016 and is on schedule to receive her credentials in special education from the same school in December.

“I want to be independent and support myself,” she said. “That is super important to me.”

Breezy wants to work with special education students and looks forward to becoming a 5th-grade teacher.

“Fifth graders have enough spunk and still love you as a teacher. I’m sassy and like to banter with the kids,” she said. “It gives them a sense that they can be themselves and also respect the teacher.”

Her mother says Breezy has a wonderful connection with her students.

“The challenges she faced from living with cerebral palsy have given her special strength in life and have helped her understand the special needs students she teaches.