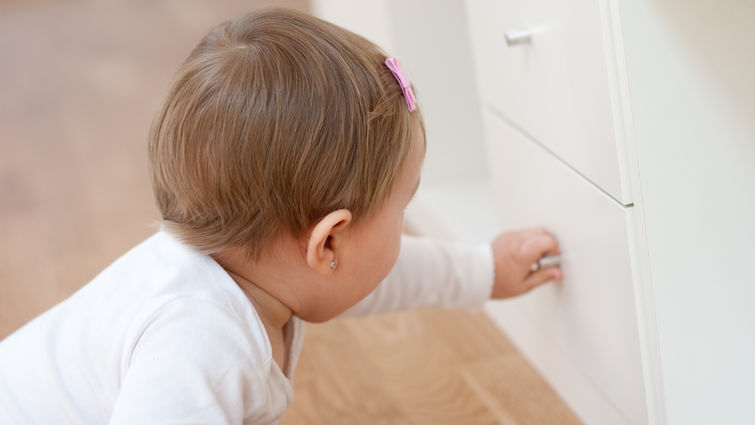 SafeKids Worldwide reports that more than 3,000 calls made each year to the U.S. Poison Control Centers about the swallowing of a button battery. Of these cases, more than half are under the age of 6.

“While the object may be small, the risk to a baby is high because they’re such oral investigators,” says Michelle Parker, Safe Kids Coordinator Inland Empire at Loma Linda University Children’s Hospital.

Because of the numerous small electronic devices around one’s home, parents may not even realize how many small, slim, and sleek devices are housing button batteries.

What happens if a child swallows a button battery?

After being swallowed, the electrical current of the battery is prompted by saliva. A chemical reaction occurs that can severely burn a baby’s esophagus in as little as two hours, according to SafeKids.

“It’s scary because it may not be obvious to a parent that a baby has swallowed a battery since the child can still breathe and may act normally for a while,” Parker says. “It may just seem like your baby has a cold or flu.”

Damage caused from battery ingestion may need several surgeries to repair. According to SafeKids, even after battery removal, a child may have longer-lasting side effects to their windpipe and vocal cords.

Keep batteries out of reach

“Bottom line is finding a way to keep them out of a baby’s reach,” Parker says. “Search your home for items with these small batteries and keep them out of sight. If you have loose batteries, lock them away. Put duct tape over controllers to secure battery compartments if needed.”

If a baby has ingested a battery, go to an emergency department immediately. SafeKids advises parents not to induce vomiting or have their baby drink or eat anything when battery ingestion is suspected until there is further medical assessment.

“Although it may be hard to notice symptoms — some including drooling, discomfort, and coughing — if you have even the slightest worry your baby may have swallowed a battery, go to the hospital,” Parker says.