Episode documents hope and healing of the community struck by terrorism on Dec. 2 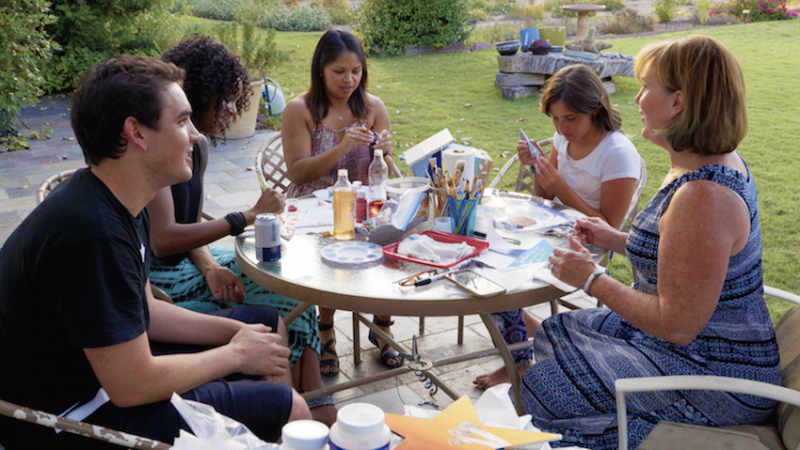 The documentary TV series “Life on the Line,” featuring stories of hope and courage from the Inland Empire, begins airing its third season on public television stations across the nation beginning December 14 at 7 p.m. on KVCR.

The show’s first and second seasons were successful, airing on more than 300 public television stations in over 130 markets in the United States. The new season features stories of strength and resilience – from a triathlete determined to make it to the Paralympic games to the American physician fighting the Ebola crisis in Liberia.

“I never thought this is where I would be this year,” Swann-Paez said, “going to doctors appointments, dealing with gunshot wounds caused by terrorists.”

In the midst of this tragedy, hope lives on. It can be seen in the eyes of Paez-Swann who is set on sharing her hope with others. It can be witnessed in the heroic efforts of first responders helping those injured, and is felt in a bond the community formed like never before.

Additional episodes of “Life on the Line” season three will follow the lives of Ebola warriors, Paralympic hopefuls and a cancer patient exploring every life-saving option available.

“It is a privilege to share positive stories of heroic courage, diversity, dedication and innovation in this new season,” said Patricia Kelikani, producer of “Life on the Line.” “With these stories, we hope to inspire viewers across the nation to celebrate the good in people and their resilience.”

For the full schedule, episode previews and more information about the show visit lifeontheline.tv.

PHOTO CAPTION: In the “Life on the Line” season three premiere “San Bernardino Strong,” Dec. 2 survivor Julie Swann-Paez spends quality time with her family painting Stars of Hope that will be sent to other individuals who have endured tragedy.