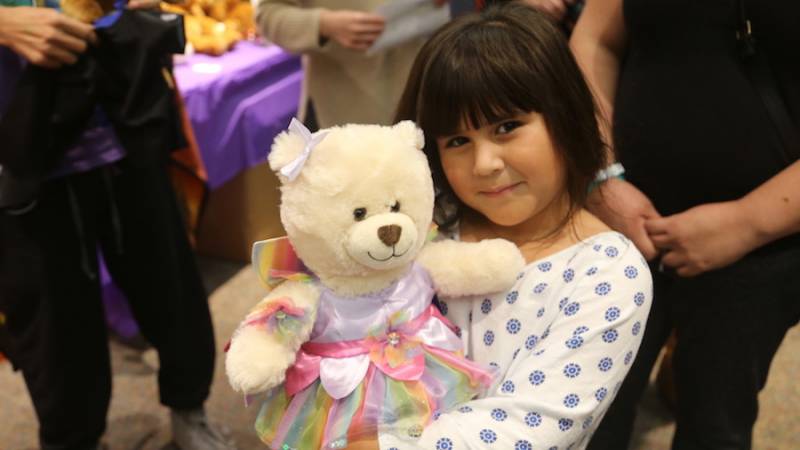 Patients at Loma Linda University Children’s Hospital (LLUCH) were treated to a Build-A-Bear Workshop, “Hearts, Hugs & Hope,” on Wednesday, Nov. 1. Stuffed animals and various utfit styles from Build-a-Bear were provided by the Riverside Guild allowing children to select their very own stuffed animal and outfit. Guild members visited patients at the bedside with a Build-A-Bear who were not able to come down to the event.

In the photo, LLUCH patient Yareli Guerra, 5, from Cathedral City was all smiles as she walked away with a colorful ballerina.

Established in 2010, the Riverside Guild is committed to educating the public about outstanding children’s services provided by LLUCH. The goal is to raise awareness for the hospital and promote LLUCH as the best place to bring sick or injured children.

Last year alone, nearly 10,000 children from the Riverside area were treated at LLUCH.