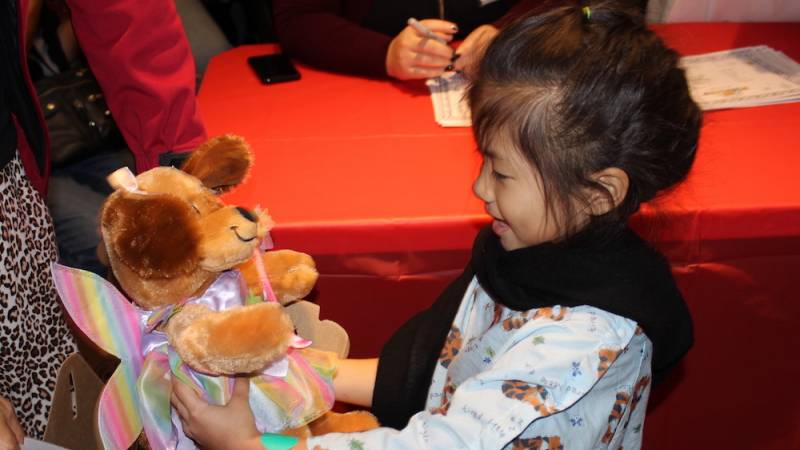 Patients at Loma Linda University Children’s Hospital (LLUCH) were treated to a Build-A-Bear “Hugs Help Healing Workshop” thanks to the members of the Big Hearts for Little Hearts Desert Guild on Monday, Nov. 13. The Desert Guild provided teddy bears and other stuffed animals, as well as their outfits, from Build-A-Bear Workshop, allowing the children at LLUCH to select their very own bear and outfit, which created many beautiful smiles.

In the photo, Olivia Lin, 4, from Chino was excited to take her teddy bear, which she dressed up as a rainbow ballerina, up to her room.

Over 1,200 bears from Build-a-Bear have been donated to LLUCH through the Desert Guild since 2014. Established in 2002, the mission of the Desert Guild is to raise funds to ensure critical medical care for the children of the Coachella Valley.