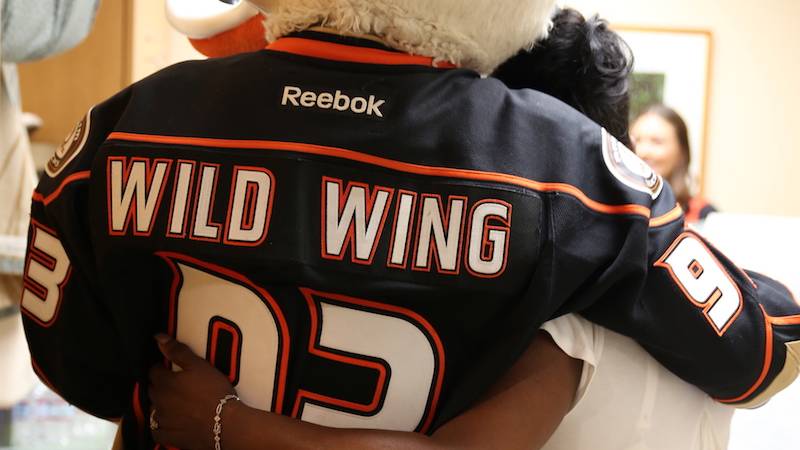 Patients at Loma Linda University Cancer Center recently received a spirited visit from the Anaheim Ducks mascot, Wild Wing, and two of their Power Players. The hockey enthusiasts delivered Ducks paraphanelia and visited with patients undergoing treatment. This was the Ducks’ fourth visit to the Cancer Center since 2013.

The Anaheim Ducks have supported the Cancer Center since October 2013 after they hosted the first Hockey Fights Cancer Night at the Honda Center, their home arena in Anaheim. They’ve since hosted two such events at the arena in 2014 and 2015 and have raised nearly $57,000 for the Cancer Center.