Hockey team takes time off the ice to spend with patients 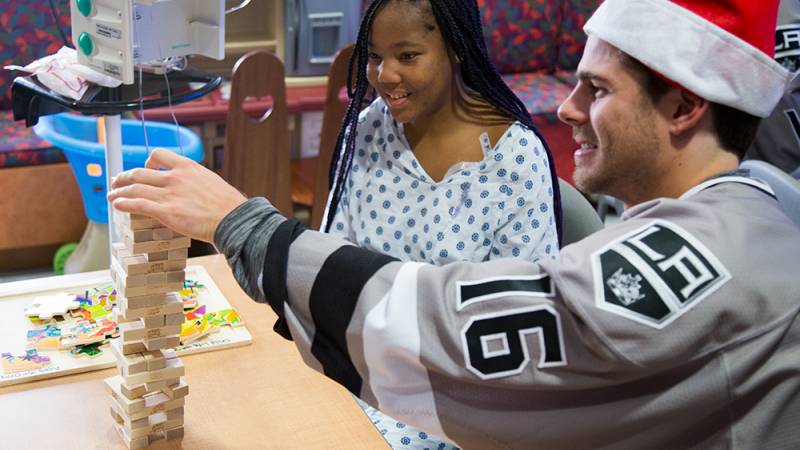 Approximately 10 team members and their mascot Kingston congregated in a hospital playroom where they signed and handed out jerseys, played games and took photos with patients.

Several of the players and Kingston stopped by patient rooms to make sure everyone had the opportunity to meet the team and get an official jersey.

Photo Caption: One of the Ontario Reign hockey team members plays a game with Azaria, 16, from Moreno Valley.