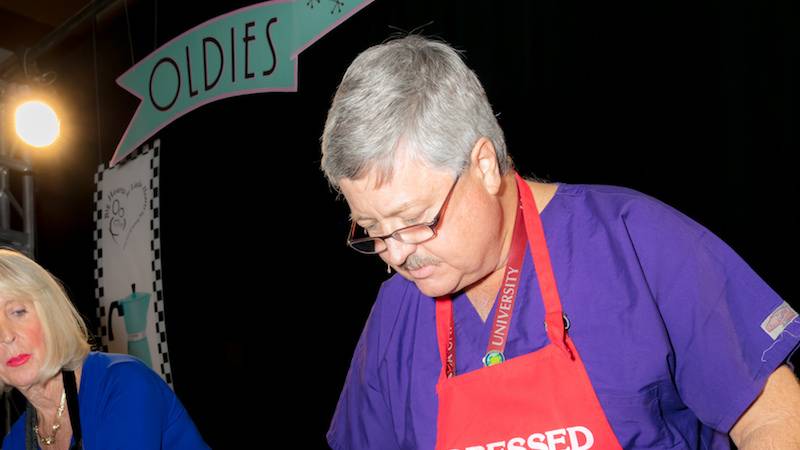 Another successful event is in the books for the Big Hearts for Little Hearts Loma Linda Guild. The 18th annual Dishes for Wishes event welcomed over 350 guests and brought in over $58,000 for Loma Linda University Children’s Hospital (LLUCH) on Wednesday Oct. 11 at the National Orange Show Events Center.

In addition, Inland Empire celebrity chef Martha Green, who has served as mistress of ceremonies since the first Dishes for Wishes in 1999, unexpectedly announced her commitment to the annual hosting gig until the new hospital tower is complete in 2020, despite her initial plans to retire next year.

Lynn Sleeth, president of the Loma Linda Guild, expressed relief that Green had changed her mind. “Martha has been doing this for the better part of two decades. I can’t imagine this event without her.”

Dishes this year were demonstrated by Green, along with chefs from Najwa’s Mediterranean Cuisine and Tess’ Place. Pediatric surgeon Don Moores, MD, took a break from the operating room and demoed a dish from Clarkie’s Diner with a little help from Green.

Food was served by local men and women in uniform from San Bernardino Sheriff Department, as well as young men from Teen Challenge. All tips collected went to benefit the hospital.

Funds raised this year will go toward the purchase of two new neonatal heart monitors and other selected equipment for the Total Care Birth Center at LLUCH.

Sleeth said she was pleased with how the event turned out. “The whole thing was amazing,” she said, praising the law enforcement officers, Teen Challenge representatives, the nursing administration staff who manned the kitchen, and all the other volunteers who worked behind the scenes to make it a success.

Sleeth added that the combination of Green’s quick wit and the creative genius of Dishes for Wishes coordinator Angie Temple marks the annual fundraiser as the “crème de la crème” of guild activities.