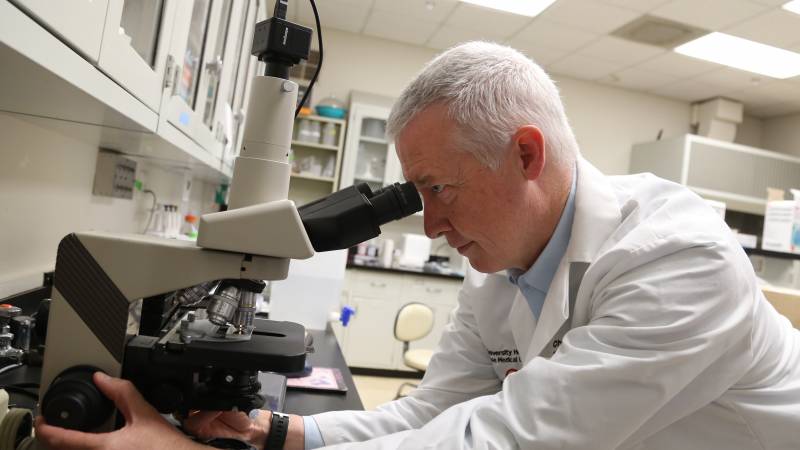 The two-year grant from the National Institute of Child Health and Human Development is a first for Loma Linda University and lends itself to a new direction in treating infection which can lead to sepsis — typically affecting preterm infants.

“One of our major goals is developing non-invasive therapies that have minimal complications and improve long-term outcome for infants,” Wilson said.

Infants born prematurely are particularly susceptible to bacterial infection, and are much more likely to develop sepsis, Wilson said. Sepsis is a whole-body infection, caused after an individual sustains a bacterial infection that is either not treated or if treated, antibiotics are unable to adequately help. “Approximately 1.3 million babies die due to neonatal sepsis each year,” Wilson said.

Through the grant, Wilson will explore how VNS offers a safe, non-invasive alternative to anti-inflammatory drugs and antibiotics, which can cause further complications in preterm babies. This includes taking a closer look at the short-term changes associated with an acute inflammatory challenge to the airway — a common source of infection in newborns. The goal is to determine the mechanism by which sepsis can cause death by identifying early changes in breathing pattern that are hallmarks of airway infection.

Wilson, his co-investigator, Dr. Steven Yellon, and his team of three other researchers, including a graduate student, medical student and technician, hope to ultimately answer the question: what are the optimal parameters of stimulation to combat infection?

“This project will provide foundational understanding of the mechanisms by which VNS can block early infection in preterm babies,” Wilson said.

Wilson said the grant’s focus ties into Loma Linda University Health’s philosophy of caring for the whole body by using the body’s innate anti-inflammatory response and stimulate for improved outcomes. VNS is FDA approved and currently being used in clinical trials for treating refractory epilepsy.

Loma Linda University Children’s Hospital treats an average of ~80 preterm infants a day in the NICU, Wilson said. Many of these babies are in the NICU for weeks or even months. In fact, more than 700,000 preterm babies are born throughout the U.S. and in Europe.

In the future, Wilson says he aspires to work with his colleagues in the adult intensive care unit and determine if the same stimulation can be applied to adult patients at risk for sepsis.