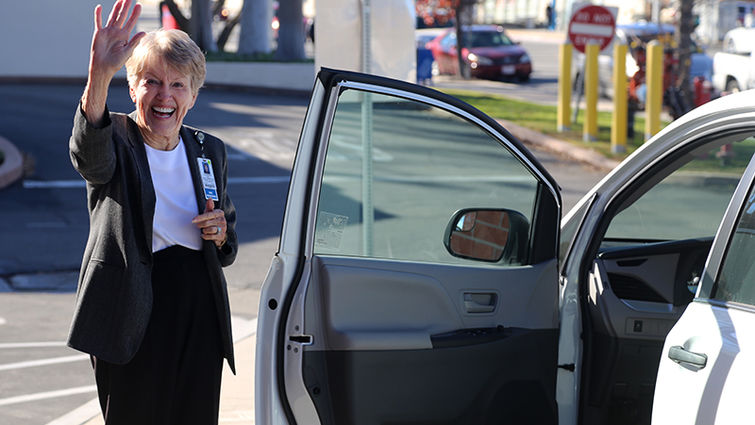 For several months, Mary Clement had been telling her colleagues in the Department of Public Affairs that she needed a newer van to do her job effectively.

Clement, who serves as tour coordinator for Loma Linda University Health, escorts hundreds of visitors around the campus each year. In 2016, she conducted 91 tours for a total of 956 guests. They came from places as near as Grand Terrace High School and as far as Sir Run Run Shaw Hospital in Hangzhou, China.

Guests who take tours range from prospective students, potential donors and visiting politicians to church officials, health professionals and new members of the organizational board.

Clement felt the old van — with its torn upholstery, broken passenger door locks and seats that sometime remained stuck in folded position — didn’t properly represent the dignity of the organization.

Her colleagues could only sympathize with Clement’s plight, but Garrett Caldwell, DMin, MDiv, executive director of public affairs, took steps to resolve the dilemma.

During a staff meeting last month, Caldwell handed Clement the keys to a white, 2017 Toyota Sienna van with organizational logos on both sides, and asked her to drive it to the front entrance of the Welcome Center.

Once Clement brought the new van out front, Caldwell asked members of the Public Affairs team to gather around the seven-passenger vehicle for a dedicatory prayer. After thanking God and asking Him to bless all the guests who will form first impressions of Loma Linda University Health from inside the new vehicle, Caldwell informed the staff that it is only to be used for transporting guests. The old van, he said, will be used for hauling publications, equipment and supplies.

A grateful Clement thanked Caldwell, Operations Manager Carol Berger, and other leaders for authorizing the purchase.

“The pleasure of sharing this campus with our guests is enhanced by having a vehicle that is fresh, new, and comfortable to transport them in,” she said. “Thank you!” 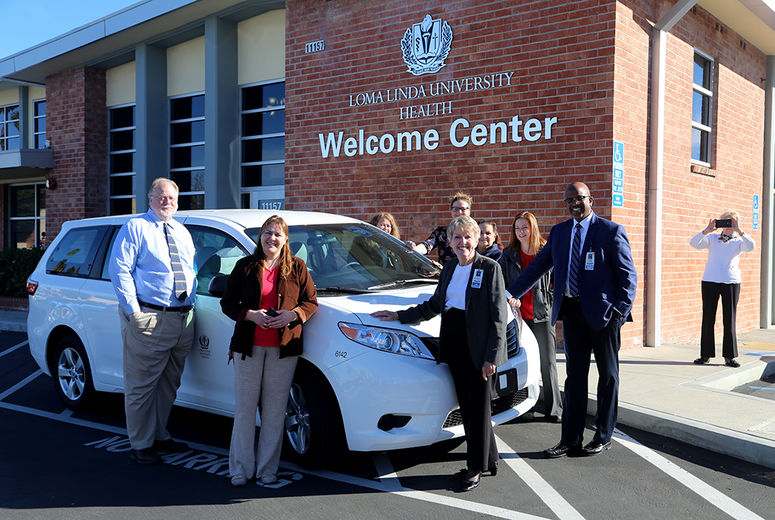 Members of the Public Affairs team held a dedication service for their new van.