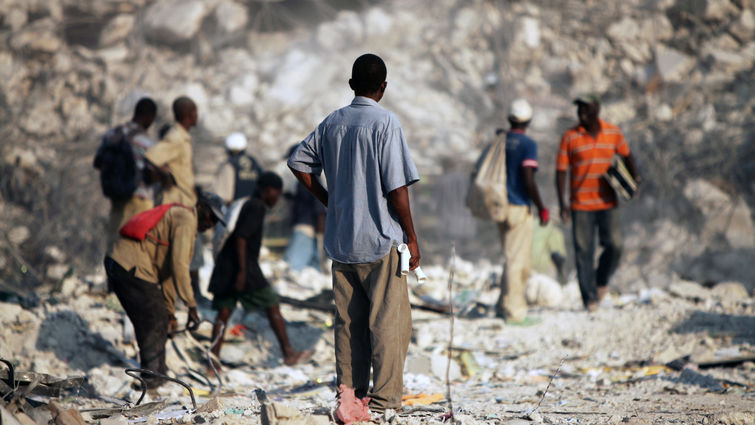 Loma Linda University Health officials are responding to help residents of the Caribbean nation of Haiti whose lives have been severely impacted by a recent earthquake and tropical storm.

LLUH maintains an ongoing collaboration with Hôpital Adventiste d'Haïti (Haiti Adventist Hospital) and has over the years sent doctors, nurses, and other healthcare workers to serve there through its partnership with the Seventh-day Adventist Church. A response team of LLUH and Adventist Health International providers arrived in Haiti last week to assist local staff.

A magnitude-7.2 earthquake struck on August 14 with an epicenter in Haiti’s southwest region, causing the deaths of more than 2,200 people to date, according to news reports. A tropical storm also arrived two days later. The response from local officials has been hampered by limited resources due to longstanding unrest. Additionally, the nation is still grappling with the assassination of its president in July.

The Adventist hospital, located nearly 80 miles northeast of the earthquake, is undamaged. While operations are orderly, the hospital is running at twice its normal capacity. Surgeons are providing free treatment to injured patients, many of whom sustained major injuries from falling walls or ceilings. Under the guidance of the hospital’s medical director, Scott Nelson, MD, the hospital in recent years has developed into a high-level orthopedic center, and surgical teams have been able to save many limbs from amputation.

Nelson, a Loma Linda University School of Medicine alumnus, recently told CBS This Morning that patients in the emergency department were being placed on the floor and outside due to limited space.

LLUH leaders are working with local hospital leadership through the Global Health Institute to provide subsequent specialty teams in the coming weeks. LLUH has been engaged with hospital campus since the 1970s, and efforts are underway to further develop it as an LLUH global campus.

Loma Linda University Health responded to Haiti’s 2010 earthquake by providing similar services, as well as specialized ongoing rehabilitation services. The School of Allied Health Professions produced a certificate that trained more than 60 people to work with physical therapists and other professionals serving in Haiti.